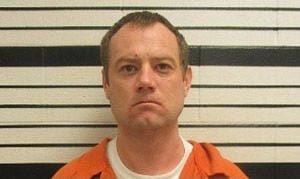 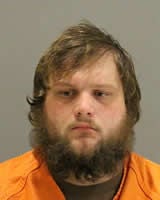 According to the Stanton County Sheriff’s Office, earlier this week two men who were reported as acting suspicious near an abandoned rural residence southeast of Stanton were arrested.

37-year-old Anthony Fuerhoff was arrested on charges of criminal trespass and a probation violation.

The other subject fled and was later arrested near the location on an ATV.

An abandoned pickup that was connected to both men was also recovered in the area that had been used in recent criminal activity in Colfax and Pierce County.

Both men were jailed and further charges are possible in several jurisdictions.

Missing Norfolk inmate back in custody

NORFOLK - A Norfolk man who went missing from the Community Corrections Center in Lincoln on January 17 has been arrested.

What's next for the Keystone XL pipeline in South Dakota

ALLIANCE, Neb. (AP) — A highway collision in the Nebraska Panhandle has claimed the life of one driver and seriously injured another.

LEXINGTON, Neb. (AP) — A rollover accident has killed one person and injured another along Interstate 80 in central Nebraska's Dawson County.The crash occurred around 11:45 a.m. Sunday, about 3 miles east of Lexington. Authorities say a westbound pickup truck ran into the median and then rol…

With the pro-life marches commemorating the January 1973 Roe vs Wade decision on abortion, the phrase “Civil Discourse” is popping up with greater frequency.

NORTH PLATTE, Neb. (AP) — A former director of the North Platte Housing Authorities has been given three years of probation and 24 days of jail time.Forty-four-year-old Jennifer Smith was sentenced Monday. She'd pleaded no contest to felony theft. Prosecutors dropped other charges in exchang…

PLATTSMOUTH, Neb. (AP) — Authorities say three people were taken to an Omaha hospital after being rescued from a residential fire in Plattsmouth.The fire was reported about 12:30 p.m. Monday at a home about two blocks west of City Hall.A 13-year-old girl and an 18-year-old woman were treated…

LINCOLN - Tuesday is National Plan for Vacation Day, and the Nebraska Tourism Commission is encouraging people to plan a trip to a Nebraska destination.