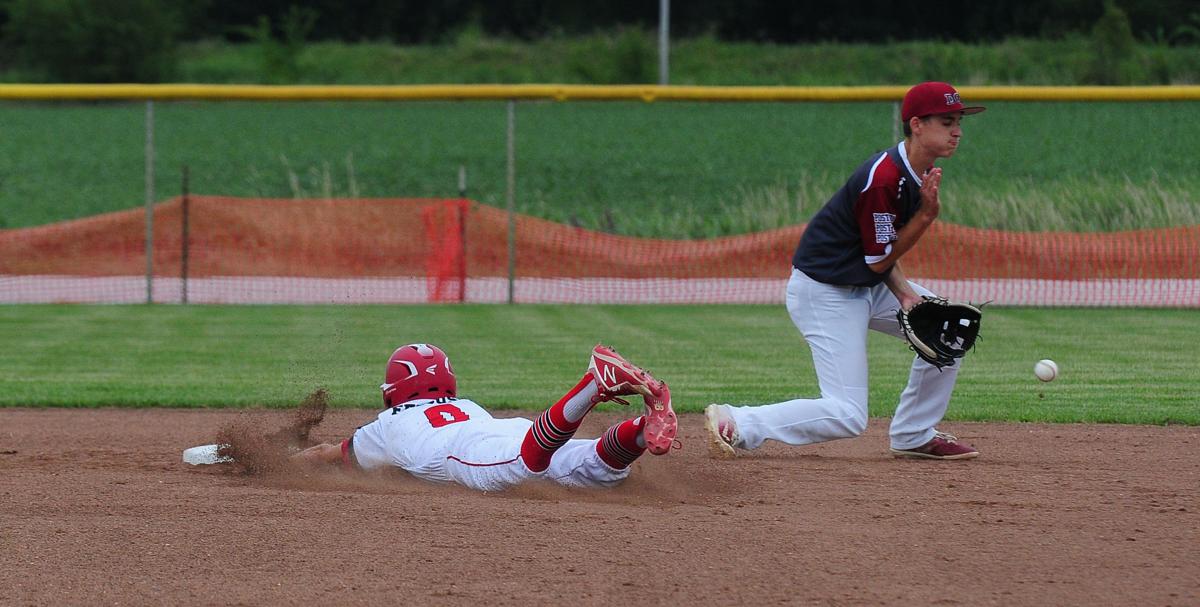 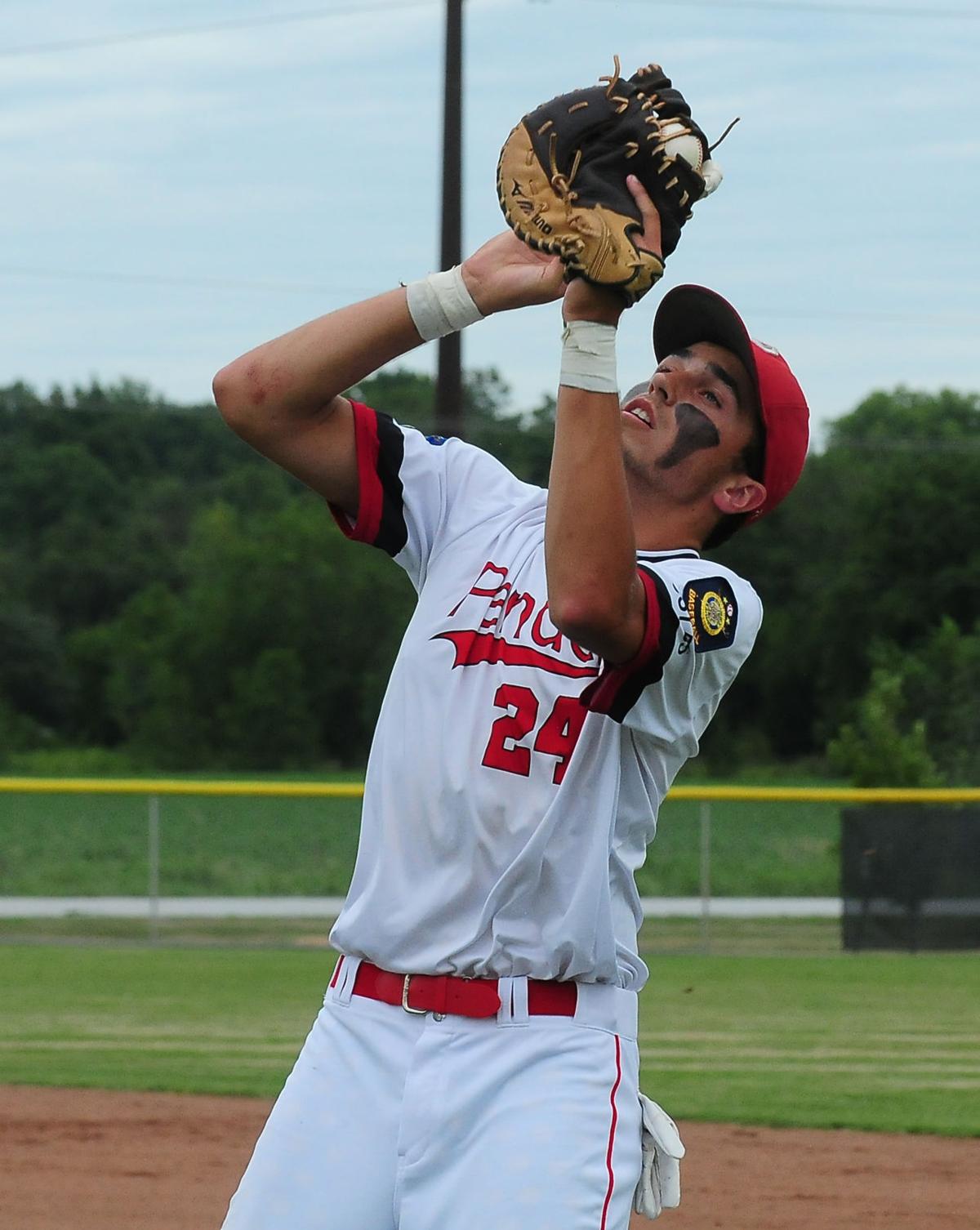 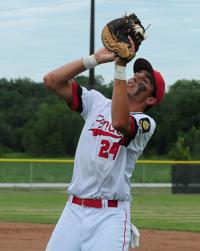 For the second straight season, Pender fell short in the final game of the season, this time 4-1 on Veterans Field at the Syracuse Sports Complex.

“We had our chances,” Pender coach Clay Haymart said.

Pender had one final chance in the seventh. Brady Oliver walked and Lucas Vogt singled with one out, and Will Gatzemeyer brought Oliver across with a single into right field.

But just like that, the threat was thwarted as back-to-back groundouts ended the game.

For Pender, it was a story of missed chances.

Pender got back-to-back singles to begin the third inning, but the next three batters were retired. In the fifth, back-to-back walks put two on with one out, but a flyout and groundout took care of that. In the sixth, two errors around a fielder's choice had two Pender runners on, but that chance ended on a strikeout.

“We knew they were going to throw a good pitcher. He kept us off balance, obviously, seeing that we only scored one run,” Haymart said.

DCB pitcher Spencer Meyer went the distance, allowing one run on seven hits. He struck out two and walked three while relying on his defense to make plays time and again.

“We've had solid pitching and our defense plays phenomenal behind Spencer Meyer, and most of our pitchers,” DCB coach Joe Noakes said. “Spencer Meyer is one of our tops. He puts the ball in play, and we make plays.”

For DCB, it capped a streak of eight straight postseason wins.

“We didn't score a ton of runs in the postseason. They were all close games, one-run type games, and we came out on top in all eight,” Noakes said.

DCB needed just four hits to score those four runs as it loaded the bases without a hit to begin the bottom of the first inning, pushing two of those across the plate to grab the momentum.

Three of the first five batters were struck by pitches, a walk contributed to the bases-loaded situation, and a single drove home the first run of the game. The third hit batter brought home the second run, but Pender pitcher Chris Rutar started a home-to-first double play, and a groundout ended further damage.

Neither team committed an error until Pender was tagged with back-to-back miscues in the fourth, and DCB added another run when Pender couldn't quite get an attempted double play finished in time. DCB added another in the fifth when a walk and throwing error on a stolen base led to a RBI single.

Hunter Ferguson was 2 for 3 with a double and a fielder's choice, and Lucas Vogt was 2 for 4 and a pair of stolen bases, to lead the Pender offense.

“They gutted it out. They're great kids. I'm going to miss them,” Haymart said.

Scores from around the area and across the state.

WAYNE — After nine straight road games, the Wayne State Wildcat volleyball team finally hit the court in the friendly confines of Rice Auditorium on their home campus against the University of Sioux Falls and came away with a sweep over the Cougars 25-22, 25-17 and 25-22 in the best-of-five-…

Sport shorts and scores for Sept. 22

Norfolk tennis keeping momentum going into second half of season

The Norfolk Panthers boys tennis team has been competing with some of the best of the best in the state over the past couple of weeks.

Do you think college football officials would improve if they were required to answer questions after games?