If fences are good enough for politicians' homes, they should be for the nation 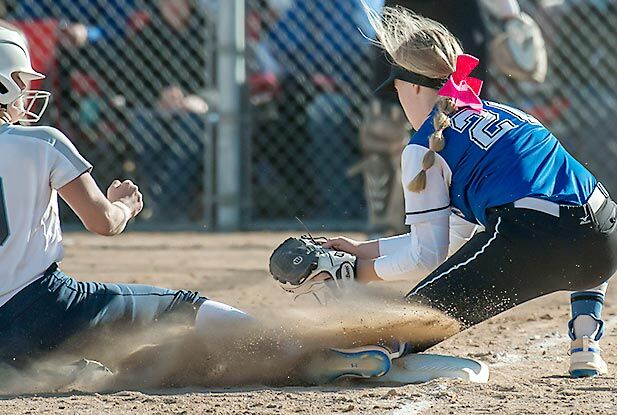 West Point Guardian Angels Central Catholic's B. Baumert (20) tries to put the tag on Freeman's baserunner in the first round of the Nebraska State Softball Tournament in Hastings, Wednesday, Oct. 13, 2021. 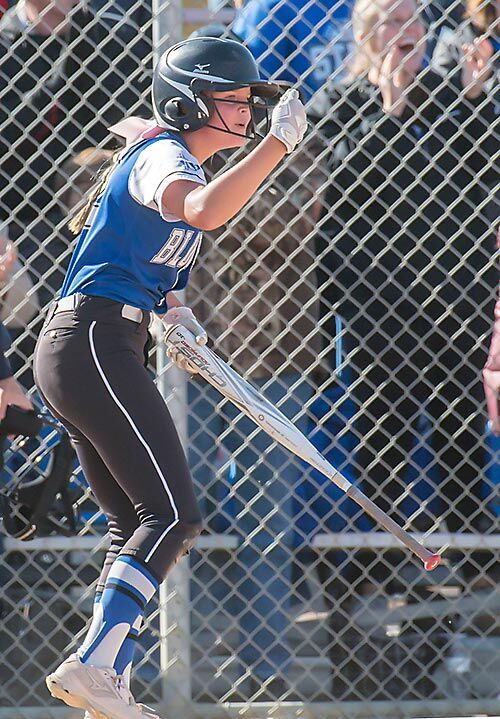 West Point Guardian Angels Central Catholic's L. Hunke (12) reacts after scoring on a hit by B. Baumert (20) in the Bluejays game against Freeman in the first round of the Nebraska State Softball Tournament in Hastings, Wednesday, Oct. 13, 2021. 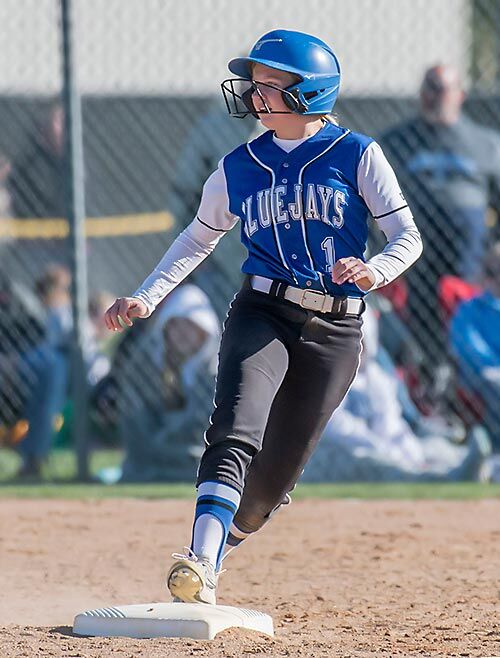 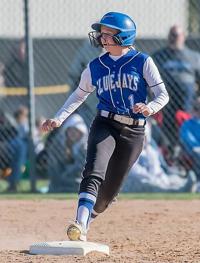 West Point Guardian Angels Central Catholic's #1 rounds second base against Freeman in the first round of the Nebraska State Softball Tournament in Hastings, Wednesday, Oct. 13, 2021.

West Point Guardian Angels Central Catholic's B. Baumert (20) tries to put the tag on Freeman's baserunner in the first round of the Nebraska State Softball Tournament in Hastings, Wednesday, Oct. 13, 2021.

West Point Guardian Angels Central Catholic's L. Hunke (12) reacts after scoring on a hit by B. Baumert (20) in the Bluejays game against Freeman in the first round of the Nebraska State Softball Tournament in Hastings, Wednesday, Oct. 13, 2021.

West Point Guardian Angels Central Catholic's #1 rounds second base against Freeman in the first round of the Nebraska State Softball Tournament in Hastings, Wednesday, Oct. 13, 2021.

HASTINGS — West Point Guardian Angels began defense of its Class C state championship with a 19-11 opening-round victory over Freeman of Adams and Filley on Wednesday in the state tournament at the Bill Smith Softball Complex.

The five-inning affair took two hours and 40 minutes as the teams combined for 30 runs on 30 hits.

"It was a battle," Guardian Angels coach Alan Kreikemeier said. "Easy plays became very, very hard to make. I told them at the start, 'We're going to have a lot of runs scored, here. There are going to be some balls that go into the gaps.' ”

Guardian Angels dodged a bullet in the first inning as Freeman scored a run and had the bases loaded with one out, but Bluejay pitcher Kayla Fischer got Aspyn Haner to pop out to first and struck out Kayla Davison to go into the bottom of the first down 1-0.

That's when the Guardian Angels bats came to life. The Bluejays batted around, scoring seven runs while recording four hits and taking advantage of two walks, a hit batsman and two Falcon errors for a 7-1 lead after one.

Freeman's Autumn Schoen opened the second with a home run over the right-field wall. The Falcons then cut the lead to 7-4 and had runners on first and third with one out.

Madison Gee laid down a bunt, GACC third baseman Brynn Baumert fielded it and faked a throw to first. The runner on third, Cassie Klein, broke for the plate as Baumert turned around with the ball and threw to shortstop Kate Gnad, who tagged Klein for the second out.

The play limited what could have been a bigger inning.

The Falcons took advantage of a pair of Bluejay errors in the third. With the bases loaded and one out, Kelsey Johnson hit a fly ball just behind second base, but none of the three umpires called the infield fly rule into effect.

The ball landed, a run scored and the other base runners advanced. With the infield fly rule, the batter would have been out. Kreikemeier discussed the play with the umpires, but in the end, they awarded Johnson first base.

Johnson eventually came around to score and give Freeman an 8-7 lead.

"I thought we kind of stopped after we had the seven runs," Kreikemeier said. "We really had to get them going again to get them fired up."

Get going, they did.

Guardian Angels tied it up in the bottom of the third. Leah Jansen walked, advanced to second on Shelby Perchal's groundout, then scored on Livia Hunke's base hit.

The Bluejays then took the lead for good in the bottom of the fourth. Tori Buss singled and scored on Kiley Pojar's home run over the right-center field wall.

It was overdue, as up to that point, Kreikemeier, the team's leading hitter, did not have a hit.

"I went in there a little unconfident," Kreikemeier said. "But my teammates had my back the whole time. They carried me. They definitely brought my mood up.

"It was a 2 and 1 count and I knew they were pitching me inside and the second one was going to be down the middle, so I had the mentality of go, go, go, hit. I feel pretty good about it, actually." It was Kreikemeier's fifth home run of the year.

The Bluejays led 15-8 after four and then Freeman scored three runs in the fifth to make it a four-run game at 15-11.

Jansen opened the bottom of the fifth with a base hit and later scored on Hunke's double. Hunke scored on Gnad's single before Gnad crossed home plate as a result of Kreikemeier's double.

That made the score 18-11. The Bluejays needed just one run to end the game on the eight-run rule and loaded the bases. Pojar ended it by hitting a two-out groundball to the third baseman, who booted it. Kreikemeier scored the game-ending run for the winning 19-11 margin.

Hunke was 3 for 4 at the plate while Gnad finished 3 for 5. Fischer was solid in the pitcher's circle despite giving up 12 hits.

"Kayla's been a big part of our team and I think once she gets out there, she lifts us up when we're getting down.," Aubrey Kreikemeier said. "I think if she stays out there, then we're good."

"The better them bats hit down here the better you feel all along," he said. "Hopefully we can keep this going. Our bats are important. We need them."

Hawks save best for last

The Northeast Community College volleyball team appears to have saved its best for last.

PIERCE — For the Pierce Bluejays, a game against a familiar foe had a somewhat similar result on Tuesday night, as they defeated the Battle Creek Bravettes in straight sets to win the sub-district C1-7 title 25-20, 25-18, 25-21.

We’re down to 20 area teams left playing postseason football, 18 in classes C1 through D6 and two in the All Nations Conference. It was a year ago this coming week that we went from having 20 to six teams left standing. It’s anyone’s guess whether we have better — or God forbid worse — luck …

Norfolk Catholic and Lutheran High Northeast will play for the third time this year, on Tuesday, after both took care of business with semifinal sweeps in the C2-7 subdistrict on Monday at the Norfolk Catholic Activities Center.

What’s your favorite season to run or walk?