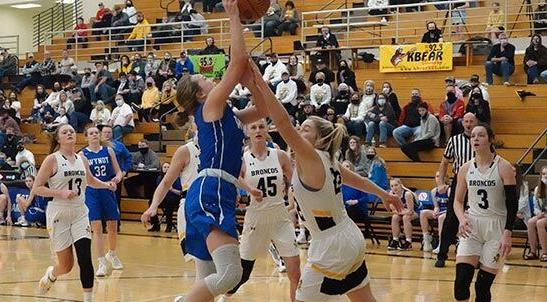 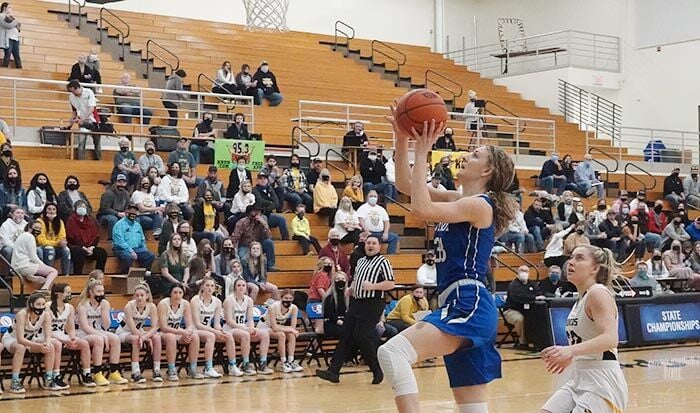 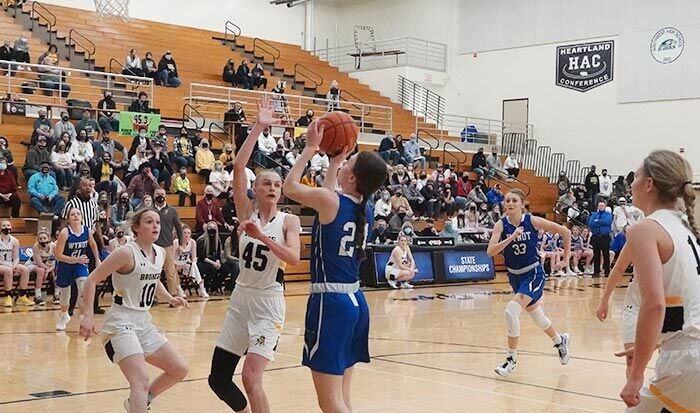 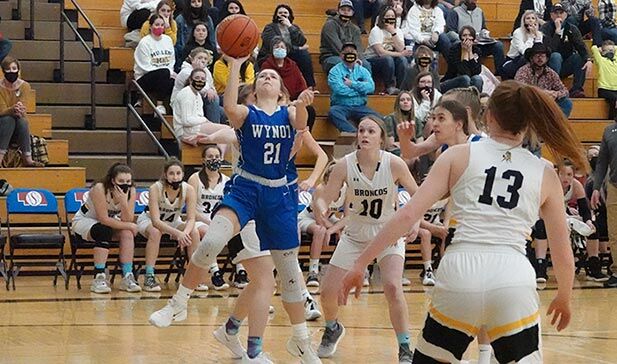 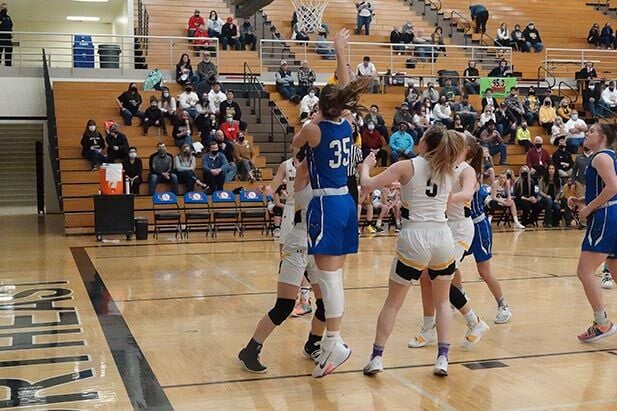 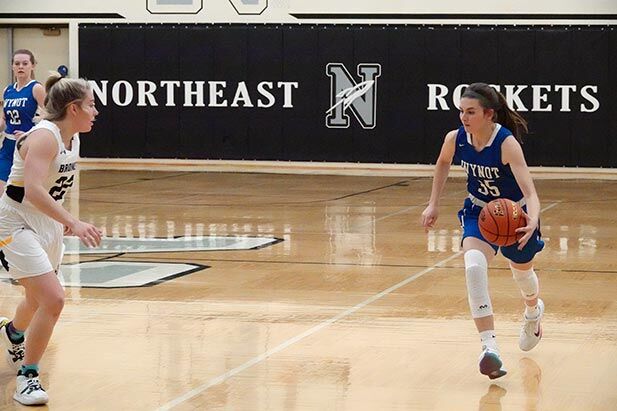 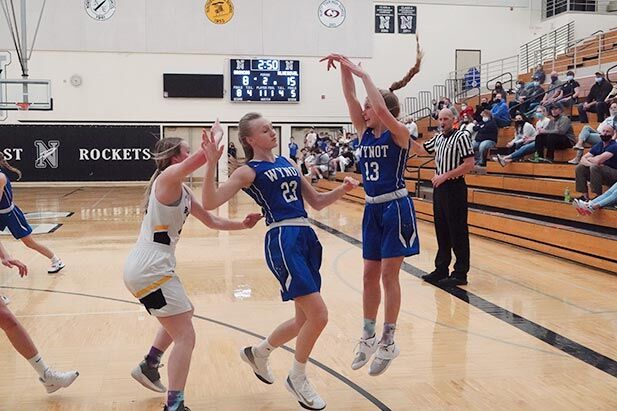 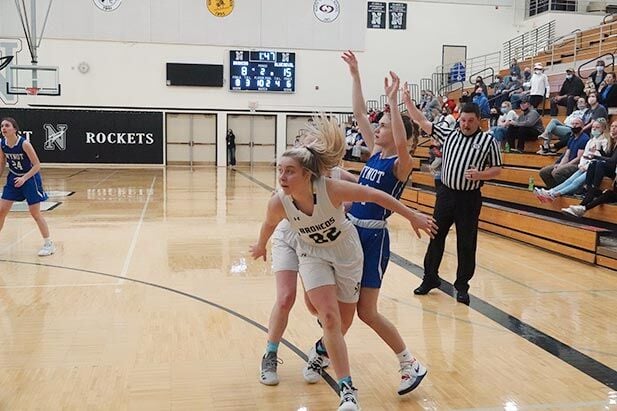 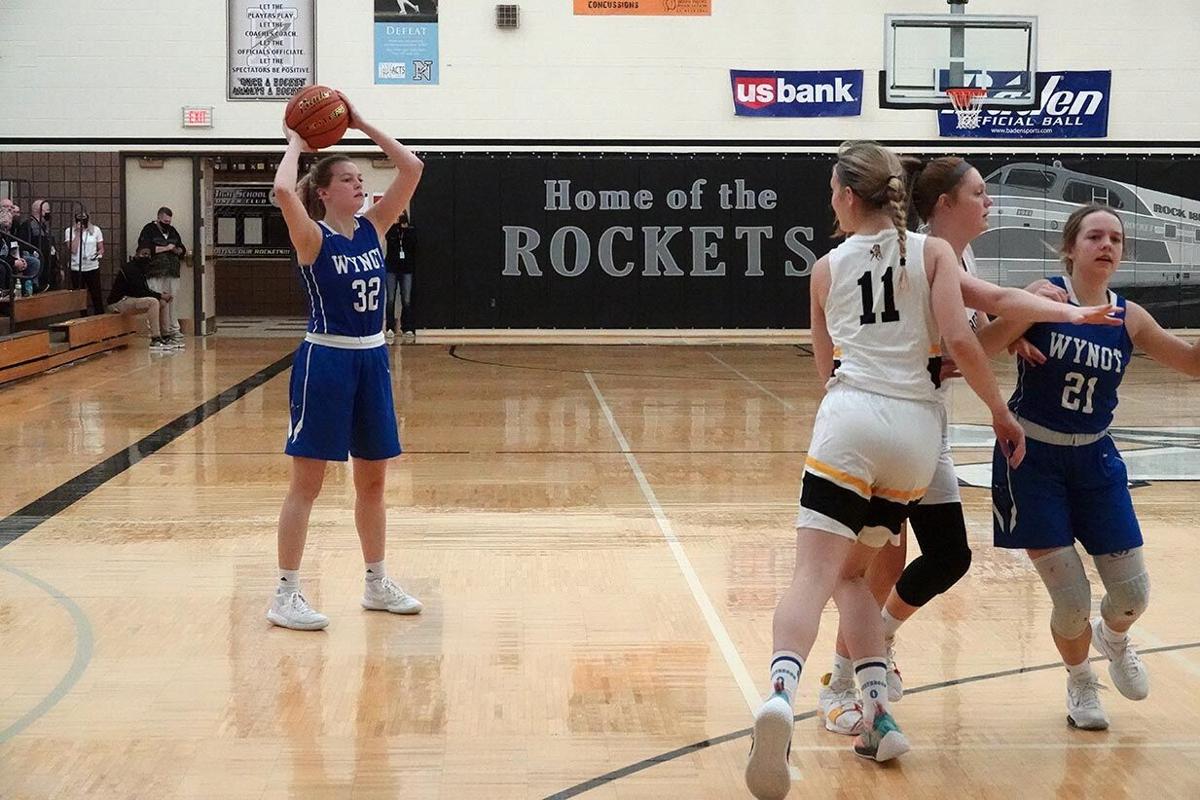 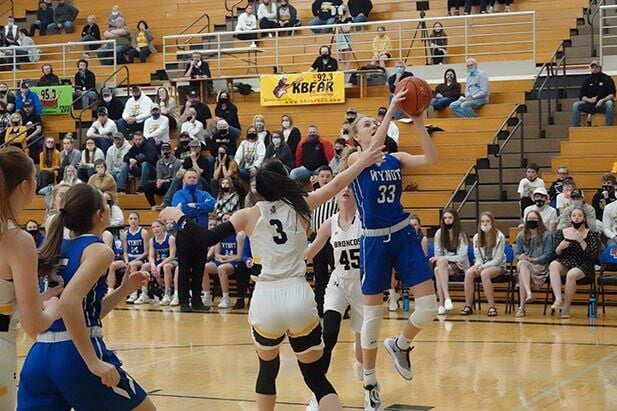 Perhaps a lack of experience played into the loss.

Consider that since 2010 the Blue Devils have been in the championship game every season excluding 2018, when they sat home for the first week in March.

Also consider, some 20 hours ago, Wynot's hopes and dreams of playing in another state title game were checked by a loss to Falls City Sacred Heart in the D2 semifinals.

Regardless the considerations, Wynot had not been in this position for quite some time, if ever.

“It’s been a wild 38 hours,” Blue Devil coach Steve Wieseler said. “It’s hard to gauge how your team is going to react.”

Wynot reacted like a champion just as Wieseler expected but simply ran out of gas and couldn’t hit a shot Friday morning and, to some degree, Thursday night.

Both teams were lethargic in the early going, but in the fourth quarter, the Broncos erased a 28-20 deficit to take the game on a last-second jump shot with 2.8 seconds left to grab the third-place hardware.

With the score tied 28-28, Wynot set up for some last-second heroics of its own.

The Blue Devils had a pair of great looks at the basket, but the ball just wouldn’t go in the hoop.

“We struggled to score at times all season,” Wieseler said. “But we always played good defense to stay in the games.”

Which is what they did in this game.

After the two misses, Mullen got the ball back with 12.6 seconds remaining on the clock and called timeout at half-court.

The Broncos ran a set play and Shelby Welsh found herself open about 15 feet from the basket on the right side of the baseline.

Wynot heaved the inbounds pass to midcourt to Karley Heimes, who grabbed the pass, took a dribble and fired up a shot from around 28 feet at the buzzer.

The shot was online but a little short and the Blue Devils settled for the fourth-place hardware.

The finish was a complete opposite to how they game began.

The Broncos brought it back to five at the intermission before the Blue Devils grabbed the eight-point advantage heading into the last eight minutes.

“We are obviously going to miss our seniors,” Wieseler said. “We’ll enjoy a little time off and get back to work.”

The athletes for Wisner-Pilger and Archbishop Bergan Fremont shone brightest on Tuesday in the Wayne Invite, winning the girls and boys divisions, respectively.

NORFOLK — With just under three minutes to go in a cold Tuesday night match, the Lutheran High/Norfolk Catholic Knights boys soccer team and the Crete Cardinals were tied at 1. Cardinal Edwin Jacinto Tercero then sprinted down the field, got the pass and snuck around the Knight’s goalkeeper …

For Reifenrath, next year never came

A large contingent of underclassmen starred on the area track and field stage in 2019. No girl athlete was able to break any of the 17 all-time area standards but following the state meet in Omaha, it appeared several of those marks could be shattered in the spring of 2020.

Should sales taxes be raised to fund projects? How will Norfolk spend COVID relief funds? Should the city zone for tiny houses?

LAUREL — “For the last several months, I haven’t been anywhere.”

Three area teams duked it out in the Stanton Triangular at Elkhorn Acres Golf Club on Monday and came away with largely different results.

The Norfolk High girls soccer team has had difficulty sustaining ball possession so far this season.

The Norfolk High boys golf team entered the Heartland Athletic Conference tournament as the defending conference champions, dating back to 2019.