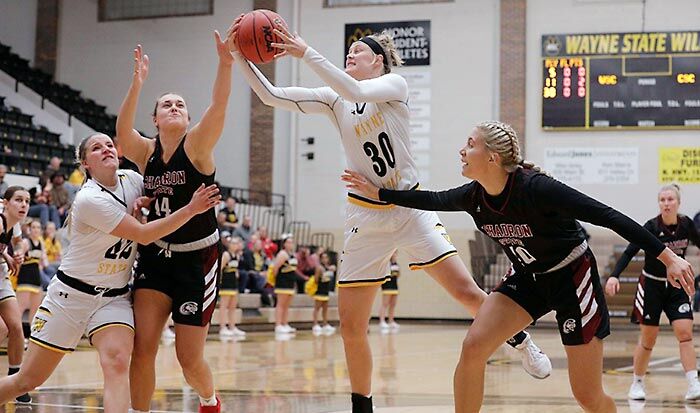 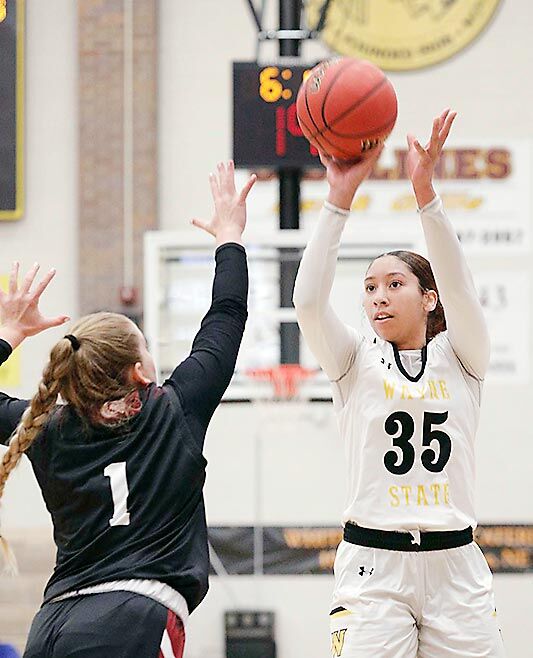 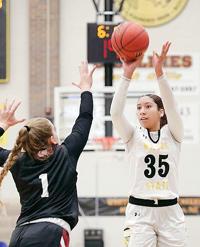 WAYNE — The Wayne State women's basketball team wasted little time in taking care of Chadron State College here at Rice Auditorium on Thursday night as the Wildcat women ran away with an 87-50 win against the Eagles.

"We're pretty young, but I was happy with what we got accomplished here tonight," Wayne State coach Brent Pollari said. "We have plenty of work to do as we head into conference play next week, but I like where we are in the moment."

The Wildcats will take on another Rocky Mountain Athletic Conference team Friday night in the friendly confines of Rice Auditorium when they welcome in Black Hills State University out of Spearfish, South Dakota.

"Tomorrow's game is likely to be a much tougher game," Pollari said. "Every next game is a tougher game, right?"

Wayne State trailed once in the game with the Eagles at 2-0, and from there it was all downhill for one of the other state colleges in Nebraska.

Lauren Zacharias opened the run with a bucket in the paint before Kassidy Pingel put back her own missed shot to make it 4-2.

Maya Fitzpatrick hit a jumper just outside of the paint to make it 6-2 before Kylie Hammer drilled a 3-pointer with 7 minutes, 33 seconds left in the first frame to make it 9-2.

Chadron State would get back to within 9-6, but a Delaney Clark 3 put Wayne State back on top 12-6.

"If you would have told me I would play everyone tonight and win by this much, I wouldn't have believed you," Pollari said. "Again, we have plenty to work on moving forward, but I like where we are tonight."

Fitzpatrick made a highlight at the end of the third quarter.

With Wayne State up 68-33, Fitzpatrick splashed a 33-foot jumper at the buzzer in the third to make it 71-33 as the teams went to the final frame.

Both coaches liberally substituted in the final 10 minutes, but the game was already decided.

"That game we will have our hands full," Pollari said. "They are going to press us and get after us defensively. It will be a good challenge for us, and we'll find out more about ourselves as we move forward to our conference schedule next week."

Pingel and Logan Hughes each had seven rebounds.

None of the Chadron State players hit double figures.

Lutheran High girls will look to increase tempo on the court

The Lutheran High Northeast girls basketball team will be long on experience and short. Just short.

Norfolk Catholic’s bowling program has been around for more than a decade and has produced both a state championship and state runner-up team.