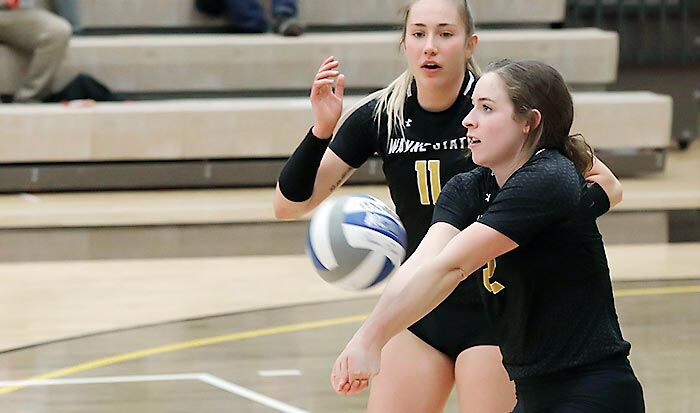 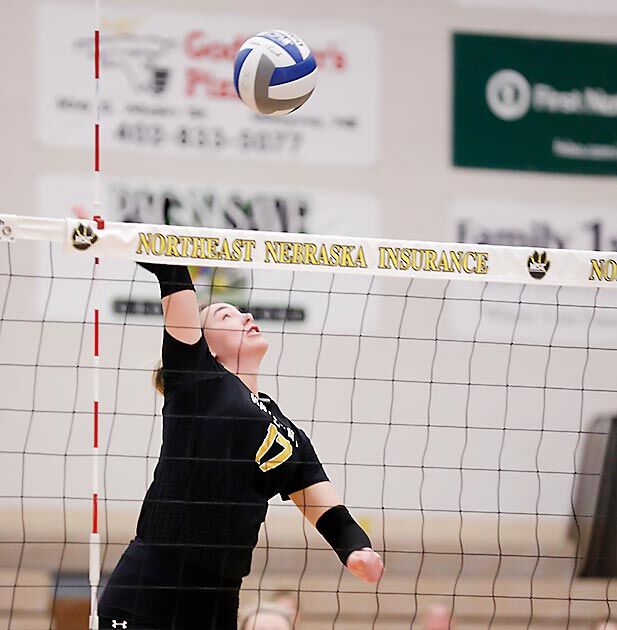 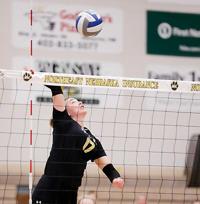 WAYNE — In what was truly a "great day to be a Wildcat," the Wayne State College volleyball team closed out its home version of this season with a sweep over the University of Minnesota-Duluth 26-24, 25-17 and 25-17.

After derailing the Bulldogs in the first set, the Wildcats held serve the rest of the way as they prepare for conference tournament action next week at the Sanford Pentagon in Sioux Falls, South Dakota, with the matches beginning Thursday, Nov. 18.

On a Senior Day that honored only one senior — Lauren Jacobsen — the young Wayne State team improved to 21-7 overall on the season and 14-6 in the Northern Sun Intercollegiate Conference.

"This was a great win for us, as is any win in this conference," Wayne State coach Scott Kneifl said. "In the second and third sets, we got our defense and our block working. The wheels could have come off later in that first set, but we came together and got through it."

"I was happy we took care of business at that time," Kneifl said. "If you lose that first set, you're in for a battle all night long — it was good to come back and finish the set and get up in the match."

Maggie Brahmer slammed a winner for Wayne State to make it 24-23, but Minnesota-Duluth got a winner from Cianna Selbitschka to even the set.

Selbitschka made an error on the other side of the court to put the Wildcats up 25-24 and Brahmer finished the opening set with another winner, one of her seven in the best-of-five sweep, to close out the first set and set her team up for the match.

"It is always so important to get out and win the first set," Kneifl said. "It sets you up to take on the rest of the match or the rest of the night — it made me very happy to get a win here on our home court in our last match."

The last two sets were a bit anticlimactic, as the Wildcats kept the Bulldogs away by the 25-17 and 25-17 scores in the final two sets to sweep the match.

In addition to being the last match here at Rice Auditorium, it was the last match for Jacobsen, the former Wisner-Pilger High School standout and the niece of Kneifl.

And she didn't come to Wayne State because she was a relative.

"I have just loved it here," Jacobsen said. "These girls are family, and I do not regret one day I have been here."

Jacobsen finished the afternoon with a set assist and a dozen digs as she closed out her stay on the Rice Auditorium Court before heading on to life after college.

"I have been accepted to the University of Nebraska-Lincoln Medical program," Jacobsen said. "I'll miss volleyball, but it's time to move forward with my life."

Jacobsen plans to become a physician as she graduates and heads on to medical school.

"We have a lot of great kids here playing volleyball," Kneifl said. "Lauren is one of them, and we have been so blessed to have her on this team."

Lutheran High girls will look to increase tempo on the court

The Lutheran High Northeast girls basketball team will be long on experience and short. Just short.

Norfolk Catholic’s bowling program has been around for more than a decade and has produced both a state championship and state runner-up team.