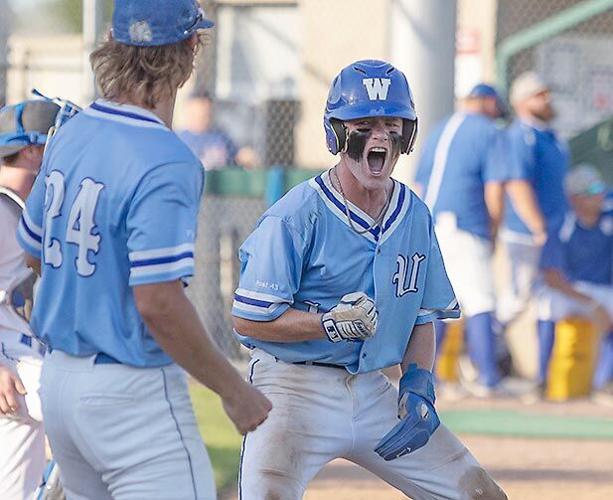 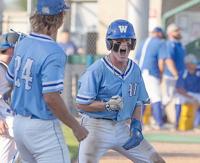 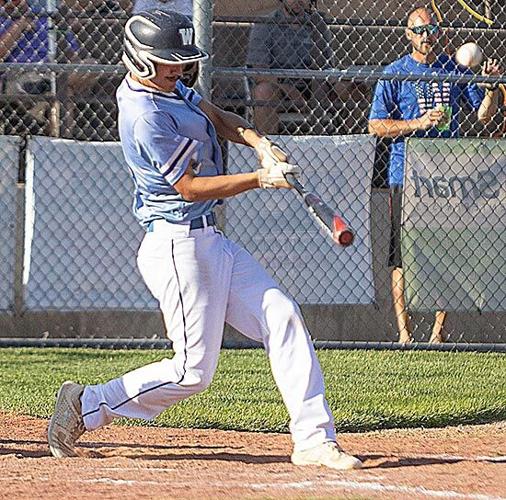 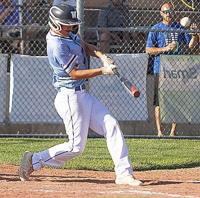 WAHOO — Wayne was down, but not quite out, coming into the seventh inning on Wednesday.

Being held to two hits through the first six innings, it appeared Wayne’s hopes of making it to the finals of the Class B American Legion Juniors state tournament were done as it came to bat in the top of the seventh.

And just when you thought Wayne was done — it had one comeback left.

Wayne rallied for three runs in the top of the seventh, two coming on a two-out double by Devin Anderson, to erase Plattsmouth’s 3-0 lead and send the game into extra innings, where Plattsmouth would finally outlast Wayne 5-4 at Sam Crawford Field.

Wayne, which had been shut out by Plattsmouth 9-0 in Saturday’s opening round, rallied to win three games in a row over the next three days but appeared to have no answer in its rematch with the eventual Class B runner-up.

“There were people saying you’re from Northeast Nebraska and you’re not going to win a game down here, and after that first game we talked and kept encouraging them to come back and get on a run, and they did,” a disappointed coach Robbie Gamble said after his team fought valiantly before giving up the winning run in the longest game of the tournament.

Wayne hit the ball hard in the early going, but its shots were going right at Plattsmouth defenders, keeping it from getting any momentum going offensively.

Plattsmouth broke the ice in the third, scoring on a Henry Loontjer double that plated Louis Ingram with the game’s first run. It added two more in the fourth, taking advantage of two Wayne errors to score and extend its lead to 3-0.

After hitting the ball well early, Wayne seemed to be in a funk after going down three runs, and Gamble said the team needed to respond.

“I got after them a little bit after we got down 3-0,” he said. “I didn’t really see any fight in our kids, and they responded in a way that is just honorable. They had what it takes to win this thing, and it just sucks that we came up short.”

Wayne needed a spark to mount its seventh-inning comeback, and it started when Zach McManigal reached on an error and Jase Dean followed with a single to right to put two on with nobody out.

Wayne had the tying runs in scoring position with two out after McManigal scored on a fielder’s choice. Devin Anderson came through with a clutch hit when he took the first pitch from Parker Augenbaugh into the gap in right center, scoring Wyatt Heikes and pinch runner Will Leseberg with the tying runs.

“We just found a way,” Gamble said. “They’ve stuck together and they wanted to do it and we were able to get back in the game and play three more great innings.”

In the eighth inning, Wayne’s offensive momentum carried over and it was able to take the lead on a single by Dean to right, scoring Kaleb Moormeier to make it 4-3.

Wayne was one out away from victory when a tough ground ball in the infield got away, allowing Eli Horner to score to tie the game at 4-4. Aiden Liston was able to catch a Plattsmouth runner between second and third and threw to Heikes for the out, but Horner scored before the out to send the game into another extra inning.

Wayne put two on in the ninth and left both runners stranded, and in the 10th Wayne again put two on base but came up empty.

That set the stage for Plattsmouth, as Augenbaugh singled to left, scoring Gabe Villamonte with the winning run to send it to the championship, where it lost to Lincoln Christian 8-0 to take home the runner-up trophy.

Anderson was the loser in relief of Moormeier, who threw 6 1/3 innings, allowing four hits and striking out six while walking one. Anderson, McManigal and Gavin Redden each had two hits for the 27-2 Wayne Juniors.

A 25-year-old man from rural Battle Creek was charged on Friday with six crimes in connection with allegations that he sexually abused a pair of teenagers over a several-month period and paid them to keep quiet about it.

The meditations of Marcus Aurelius

Marcus Aurelius was the Roman Emperor from March 7, 161, until his death on March 17, 180. He lived and died over 2,000 years ago, but his legacy lives on in “Mediations,” a series of 12 notebooks in which he recorded his thoughts as he practiced the art of constant self-examination. He may …

WEST POINT — All is fair in love and war and obtaining bandwagons — and love for bandwagons during a fair.

MADISON — A former bookkeeper at Environmental Services in Norfolk who embezzled thousands of dollars from the company said on Wednesday that she should only have to pay her former employer less than half of what prosecutors are asking for.

Hard luck for some drivers resulted in good fortune for others during Saturday night’s second-to-last regular program of racing at Off Road Speedway.

MADISON — A woman who illegally operated a dog kennel southwest of Madison and lived in a filthy home with two kids was sentenced to a short jail term on Monday.

Reasons to throw a birthday party for an adult

If you haven’t thrown a birthday party for someone over the age of 30 lately, I’d highly recommend it. If it’s your own birthday, all the better. We just celebrated my mother-in-law’s 90th birthday with a party, and it was a great time. If you’re not convinced that you need to have more cele…

Do you think the Inflation Reduction Act will lower inflation?