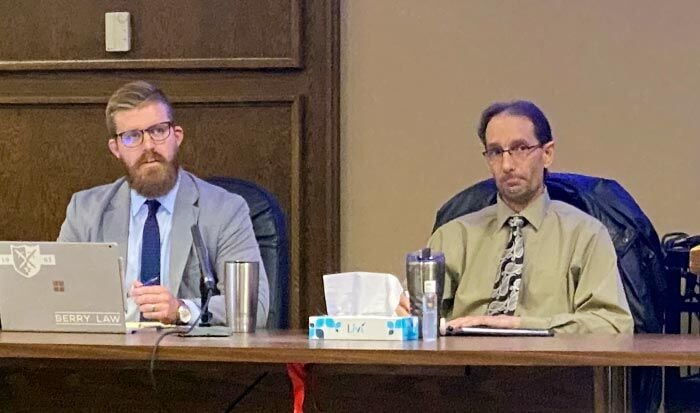 DALE MATTESON, who is charged with child abuse resulting in death, observes as witnesses testify in district court on the third day of his trial on Wednesday. 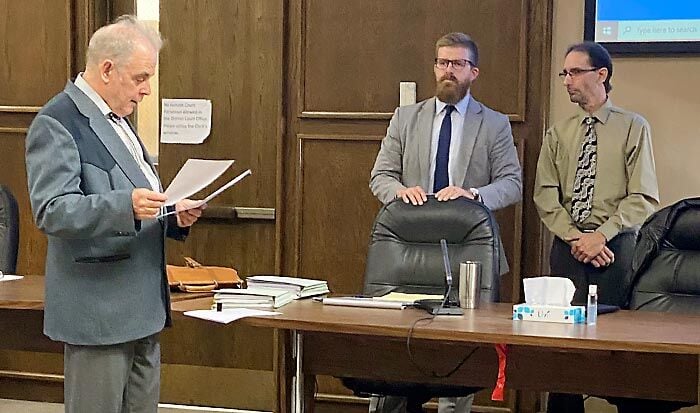 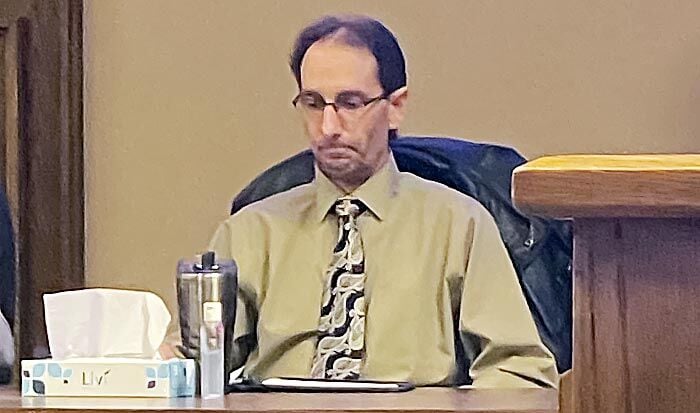 DALE MATTESON, who is charged with child abuse resulting in death, listens as witnesses testify in district court on the third day of his trial on Wednesday.

DALE MATTESON, who is charged with child abuse resulting in death, observes as witnesses testify in district court on the third day of his trial on Wednesday.

DALE MATTESON, who is charged with child abuse resulting in death, listens as witnesses testify in district court on the third day of his trial on Wednesday.

The information contained in this story includes details of alleged child sexual abuse that may be disturbing to readers.

Testimony given by a former Faith Regional Health Services child advocate revealed statements made by the minor victim regarding several instances of sexual abuse in which her father was the alleged perpetrator.

Matteson, who is being tried this week for child abuse resulting in death after his daughter’s suicide, was never charged for the alleged offenses in 2014 and 2015.

Christina Anderson, who in 2015 interviewed Matteson’s daughter at Faith Regional Health Services in Norfolk, was among those who testified Wednesday.

In the approximately 45-minute interview played in court Wednesday, Matteson’s daughter told Anderson that her father began touching her inappropriately about a year before the interview.

When the victim tried to move, Matteson would be forceful and kept her in place, according to statements made to Anderson.

Matteson’s daughter also detailed incidents in which she felt pains in her vaginal area after waking up, thinking that Matteson had molested her in her sleep.

The victim estimated her father had allegedly molested her between 40 and 50 times in 2014 and 2015.

“She described being forced to sit on his lap, facing him, and his father placing his hands inside of her pants, thrusting her bottom,” Anderson said. “She would wake up and her clothing wouldn’t be how it was when she fell asleep; her waistband would be flipped over or flipped uncomfortably against her skin.”

The victim’s mother, Jessica Matteson, told her daughter that reporting Matteson’s abuse was necessary so that he “would not hurt anybody else.”

Counselors from both Behavioral Health Specialists and Oasis of Norfolk were among those who provided testimony Wednesday.

Matteson’s daughter had sought treatment at several mental health treatment facilities, and each of the professionals who helped treat her testified that their patient had pointed to Matteson’s sexual abuse as the primary reasoning for her suicidal ideation.

Petersen said Matteson’s daughter did not address any stressors besides abuse at the hands of her father.

“The only thing (the victim) had identified that happened to her to make her want to commit self-harm was what happened to her in July,” Petersen said of attempted incest by Matteson. “(The victim) reported not being able to get a picture of her naked dad out of her head.”

Brooke Pelster-Hess, a mental health therapist at Oasis, said she treated Matteson’s daughter on a weekly basis beginning in September 2015. Pelster-Hess made similar testimony as Petersen.

“She was quite distressed; she experienced significant anxiety, had trouble sleeping, was having memories of the events and was in distress related to how her experiences had impacted function in her daily life,” Pelster-Hess said. “When the person who you thought is supposed to protect you is terrorizing you, that changes your way of thinking.”

One of the primary arguments from Morris is that nobody other than the suicide victim herself could be responsible for the suicide itself.

Morris pointed to evidence that Matteson’s daughter had made the decision to drive to a supermarket and purchase Benadryl on the day of her suicide, and that she had looked up on the internet within a week before her death, “Can Benadryl kill you.”

Video of Matteson’s daughter entering a store, purchasing Benadryl and leaving the store was played in court.

Multiple suicide notes written by Matteson’s daughter also were offered by the defense counsel Wednesday. One of the notes was addressed to the victim’s boyfriend at the time, the other to her mother, Jessica.

The 17-year-old wrote to each how much she loved them, how she was sorry for the pain her death would cause and how she hoped they could find happiness.

One of the notes concluded with, “Don’t forget about me.”

Detectives John Hobbs and Ben McBride of the Norfolk Police Division were called as witnesses by Morris.

Hobbs was asked to read aloud the suicide notes written by Matteson’s daughter and verify that the writing was hers.

After less than an hour of defense testimony, Morris announced that he plans to rest his case early in the day Thursday.

Smith said he would be ready for jury instructions Thursday. A verdict on whether Matteson is guilty of child abuse resulting in death could be handed down by the jury on Thursday or Friday.