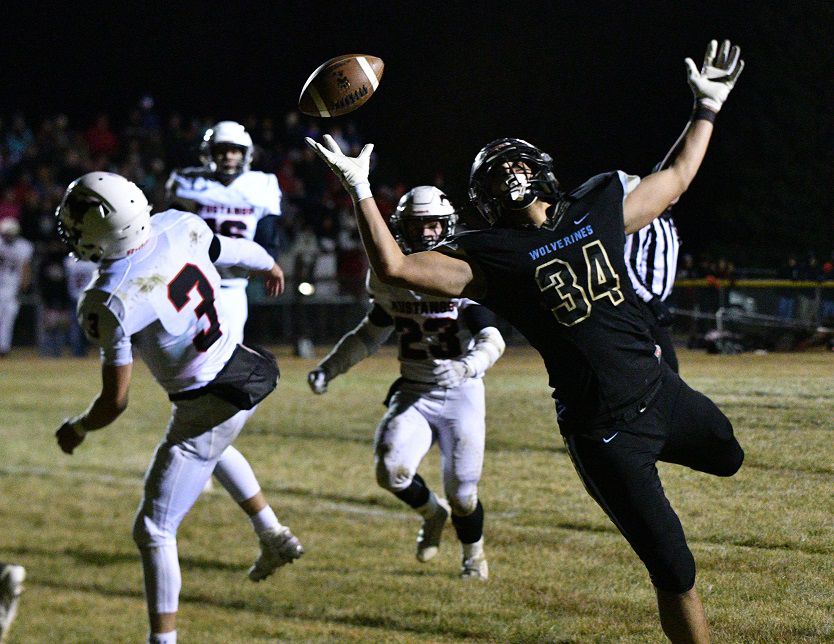 Jaxon Johnson of Bancroft-Rosalie/Lyons-Decatur makes a fingertip catch for a touchdown during Friday night's game against Sutton in Lyons. 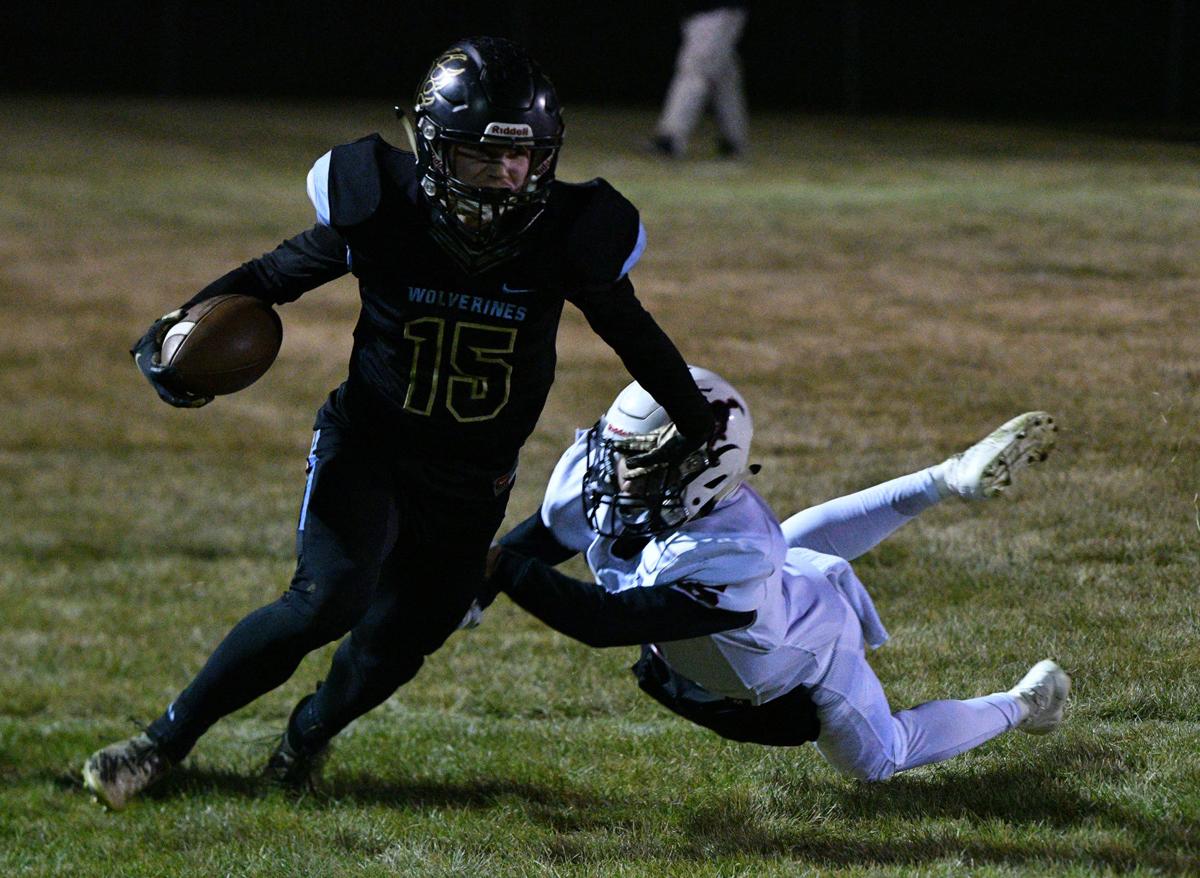 Jake Wragge/Correspondent Lyons-- Lucas Vogt of Bancroft-Rosalie/Lyons-Decatur works to stay on his feet against Quenton Jones of Sutton during Friday night's game in Lyons. 11/15/19 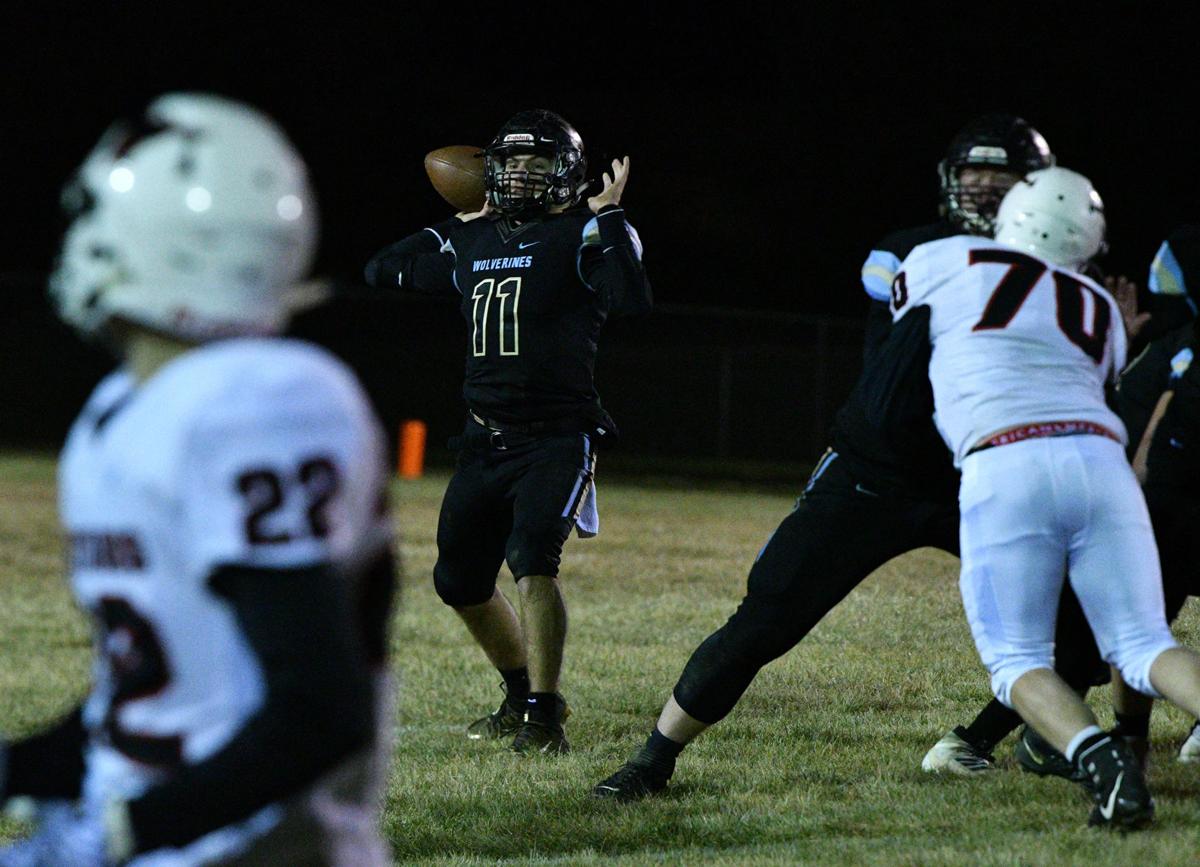 Jake Wragge/Correspondent Lyons-- Will Gatzemeyer of Bancroft-Rosalie/Lyons-Decatur throws a pass during Friday night's game against Sutton in Lyons. 11/15/19 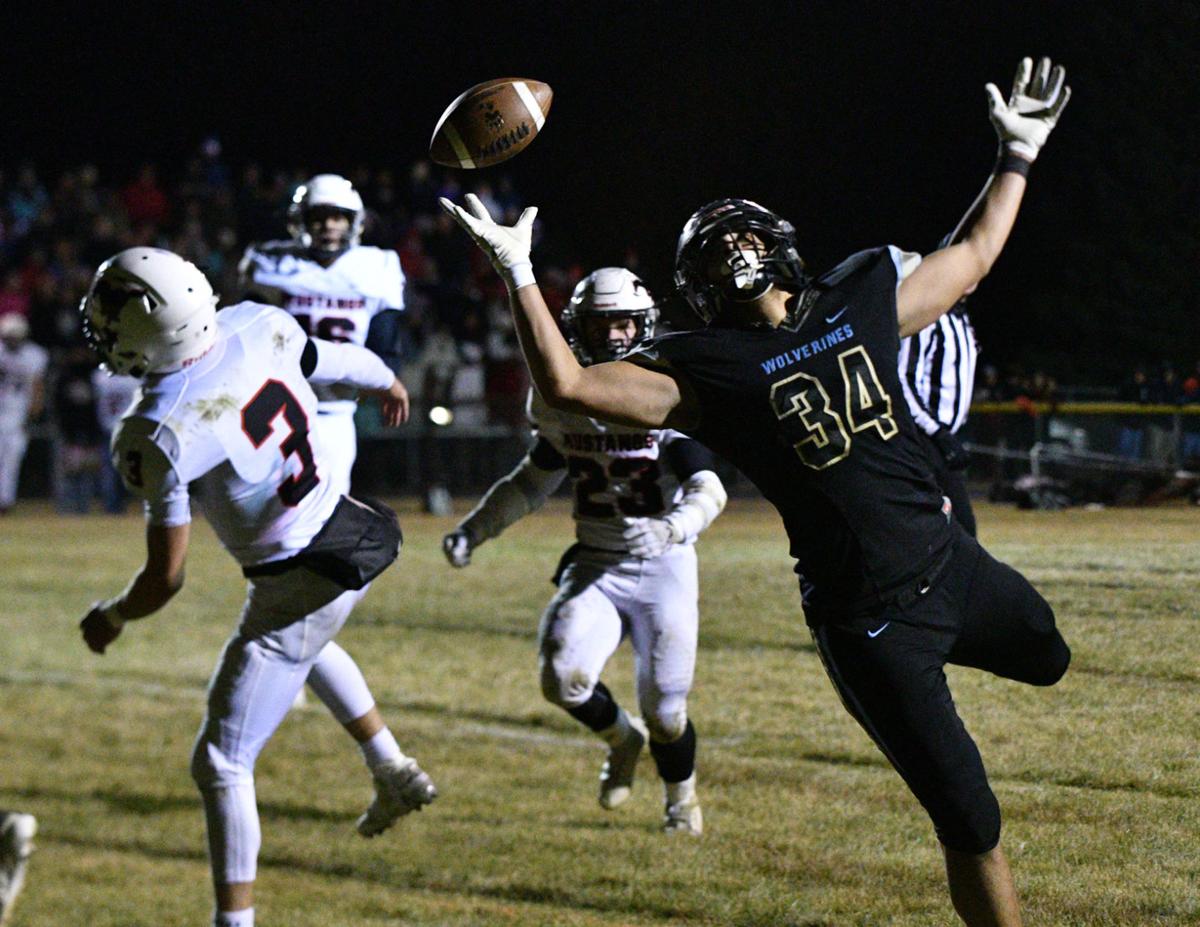 Jake Wragge/Correspondent Oakland-- Jaxon Johnson of Bancroft-Rosalie/Lyons-Decatur makes a fingertip catch for a touchdown during Friday night's game against Sutton in Lyons. 11/15/19

Jaxon Johnson of Bancroft-Rosalie/Lyons-Decatur makes a fingertip catch for a touchdown during Friday night's game against Sutton in Lyons.

Jake Wragge/Correspondent Lyons-- Lucas Vogt of Bancroft-Rosalie/Lyons-Decatur works to stay on his feet against Quenton Jones of Sutton during Friday night's game in Lyons. 11/15/19

Jake Wragge/Correspondent Lyons-- Will Gatzemeyer of Bancroft-Rosalie/Lyons-Decatur throws a pass during Friday night's game against Sutton in Lyons. 11/15/19

Jake Wragge/Correspondent Oakland-- Jaxon Johnson of Bancroft-Rosalie/Lyons-Decatur makes a fingertip catch for a touchdown during Friday night's game against Sutton in Lyons. 11/15/19

LYONS — Bancroft-Rosalie/Lyons-Decatur Northeast stuck with the Sutton Mustangs the entire night here in the Class C2 high school football playoffs Friday night, but the Wolverines couldn’t come up with a play down the stretch as they were eliminated in the semifinals, 38-28.

Although the game was in doubt to the end, a play in the first half backed up Maresh’s analysis.

Early in the second quarter with the Wolverines clinging to a 7-6 lead, BRLD drove deep into Mustang territory at the Sutton 2-yard line.

A dropped fourth-down pass turned the ball back to the Mustangs, but it took Jackson Perrien just one play to ramble 98 yards for a go-ahead touchdown with 9 minutes, 11 seconds left in the half.

“That was a huge play for us,” Sutton quarterback Cade Wiseman said. “Our line blocked great all night, and that play gave us a ton of confidence — from the stop on defense to the long run.”

Sutton went up by another touchdown late in the half on a Wiseman run with 1:19 to go, but the Wolverines weren’t going to the locker room without a little noise of their own.

Will Gatzemeyer hit Dylan Beutler with a 2-yard strike with just 8.4 seconds left on the clock before the intermission.

The drive started on the BRLD 28 before Gatzemeyer got to work with a pass to Lucas Vogt for 25 yards and a pair to Jaxon Johnson to get the Wolverines to the Sutton 2.

Gatzemeyer and Beutler took it from there.

Sutton went up by a dozen early in the third, but BRLD battled back again when a sliding catch by Johnson on his back made it 26-22 with the Mustangs in front with 3:47 left in the frame.

“We made some plays when we had to,” Maresh said. “Sutton just made more of them in the end.”

Sutton went up 38-22 in the fourth on back-to-back 30-plus-yard runs from Wiseman and Perrien, the last one with 3:46 left in the game.

“We knew we would have to score some more in the fourth quarter,” Wiseman said. “This is so great to get to Memorial Stadium next week — it’s been our goal.”

Kobe Lyons ended the scoring for the Wolverines and the game with a blast into the end zone from the 3-yard line with 1:22 left on the clock.

After a conversion run failed, the final score was set at 38-28.

“This has been such a special group of kids,” Maresh said. “You really hate to see it all end here tonight, but that’s the way football works.

“This co-op started four years ago and we wondered if we could compete in Class C2 after both schools were in eight-man. Well, I believe we have shown we can compete.”

COLUMN: Injuries have not slowed down Guardian Angels

Next girl up. That's the philosophy for West Point Guardian Angels Central Catholic as the Bluejays finish off one victory after another.

Who's reading these days?

When you think of a reader, what kind of person do you picture? Are they young or old, studying or reading for fun? It turns out that readers span all generations and they read for different reasons at different stages of their lives.

3 … 2 … 1! Happy New Year! New Year’s Eve is celebrated around the world. The start of a brand new year has reached us, and this year, a brand new decade, too. With a new year comes a little something called New Year’s resolutions.

Trying not to procrastinate

At the beginning of the New Year, we hear everybody talking about New Year’s resolutions, and this year was no different.

Do people stick to their resolutions in the new year?