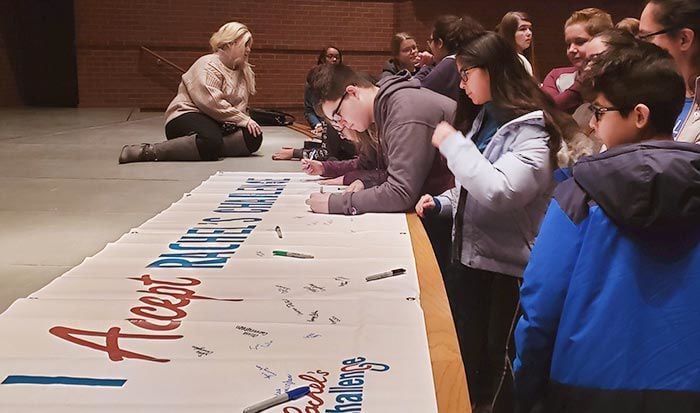 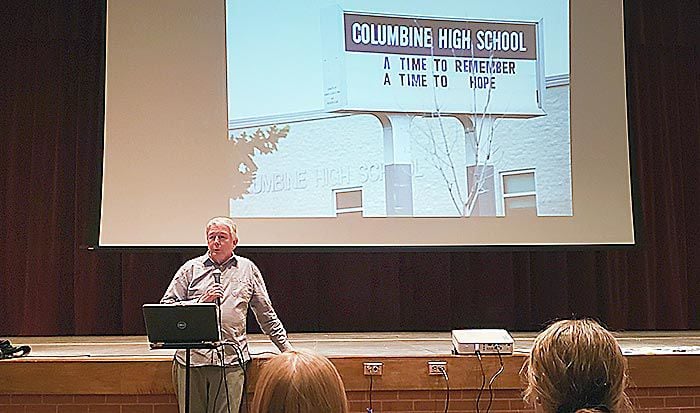 DARRELL SCOTT begins the story of his daughter, Rachel Joy Scott, the first victim in the Columbine shooting, as part of the Rachel's Challenge event on Monday. 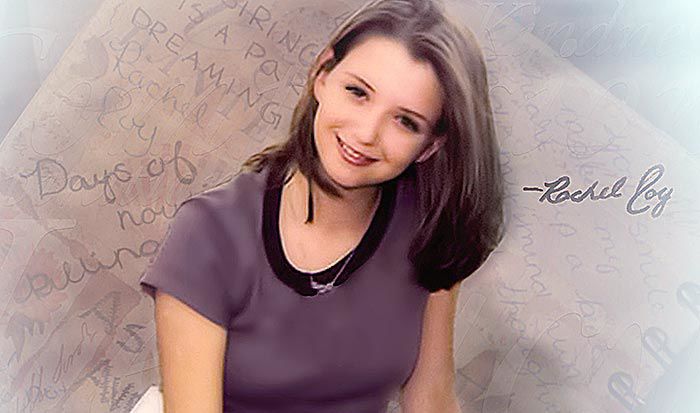 RACHEL JOY SCOTT was the first person killed in the Columbine High School shooting on April 20, 1999. She was 17 years old.

DARRELL SCOTT begins the story of his daughter, Rachel Joy Scott, the first victim in the Columbine shooting, as part of the Rachel's Challenge event on Monday.

RACHEL JOY SCOTT was the first person killed in the Columbine High School shooting on April 20, 1999. She was 17 years old.

Norfolk Public Schools students and parents listened intently as Darrell Scott narrated the story of the life and death of his daughter, Rachel Scott, in the Johnny Carson Theatre on Monday night.

Rachel Joy Scott was the first person killed in the Columbine High School shooting on April 20, 1999, in Littleton, Colorado. The day is remembered as one of the worst high school shootings on U.S. record; 12 students and one teacher were murdered by two students who later took their own lives.

After Rachel’s death, Darrell Scott and his wife, Sandy, created Rachel’s Challenge, a nonprofit organization focused on replacing acts of violence, bullying and negativity with acts of respect, kindness and compassion.

“I never intended to start an educational organization,” Darrell Scott said at Monday’s event. “But we began to realize the power of Rachel’s story, especially for young people. So far, we have 27 programs for schools (to use), we created service clubs (called Friends of Rachel) and we have 50 presenters who travel around the world.”

This is the first time the nonprofit organization has visited Norfolk Public Schools, said Michael Hart, director of human resources and accreditation.

“In the Norfolk Public Schools district, we want to do everything we can to let kids know their voices will be heard, their voices matter and there’s value in every child,” Hart said.

Darrell Scott also spoke to more than 1,000 teachers and administrators earlier in the day at the ESU 8 winter workshop, an annual professional development event for Northeast Nebraska schools.

The organization challenges participants with multiple objectives: Look for the best in others, dream big, choose positive influences, speak with kindness and start your own chain reaction. The challenge is based off part of an essay Rachel wrote six weeks before she died: “I have this theory that if one person can go out of their way to show compassion, then it will start a chain reaction of the same. People will never know how far a little kindness can go.”

Rachel was inspired by Anne Frank to keep several diaries throughout her childhood, Darrell Scott said in his presentation. He also described how the influence of the same man, Adolf Hitler, killed both girls. The two Columbine student shooters idolized Hitler and chose his birthday, April 20, as the day they would carry out the shooting.

Now Darrell Scott and the dozens of speakers on Rachel’s behalf use her diary entries as key points in Rachel’s Challenge programs and presentations around the world.

“My daughter’s dream started with a chain reaction of kindness that would ripple around the world, and we make it a reality,” Darrell Scott said. “Every person on this planet, I believe with all of my heart, was put here with a purpose.”

Norfolk Public Schools also will host a one-hour digital citizenship presentation for parents and community members 7 p.m. Tuesday, Jan. 21, at the Johnny Carson Theatre. Karen Haase, a school attorney, will discuss legal issues related to students' use of social media. She will use humor, statistics and summaries of real-life cases to give parents tools and information on how to manage and supervise their student’s social media use.