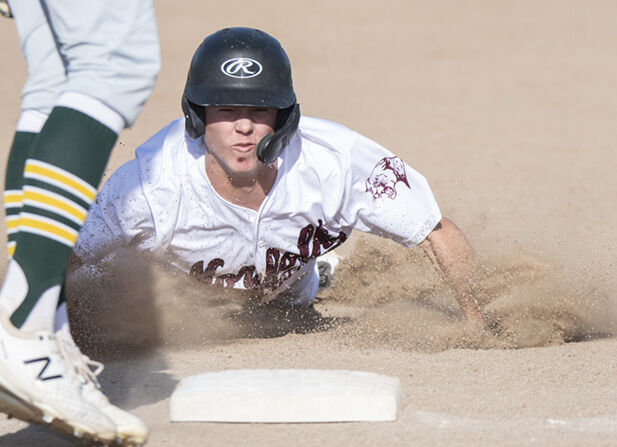 Brayden Lammers of Norfolk safely slides into third base during Norfolk's game with Fremont Bergan Monday. 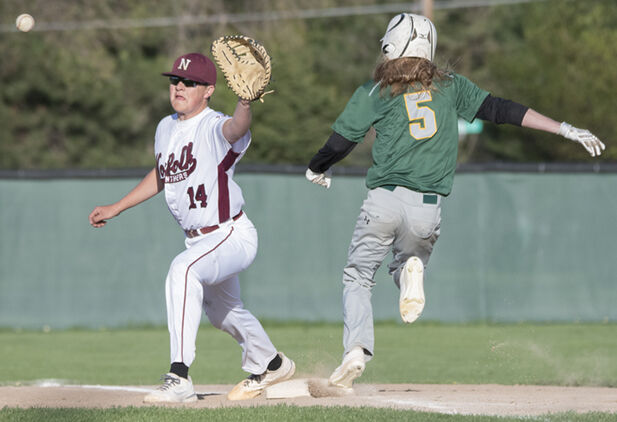 Grant Colligan of Norfolk stretches for the ball as Hunter Mueller of Fremont Bergen crosses first base. 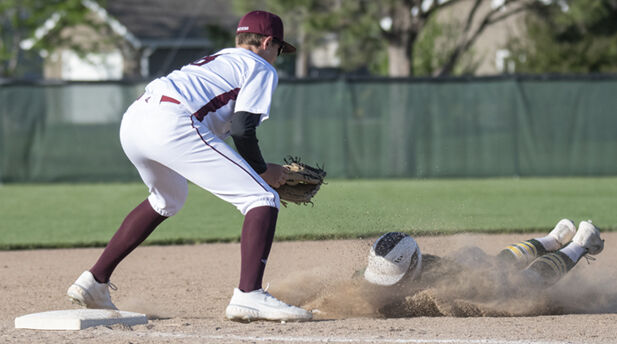 Jack Borgmann of Norfolk waits for Carter Sintek of Fremont Bergan to slide into a tag at third base Monday night. 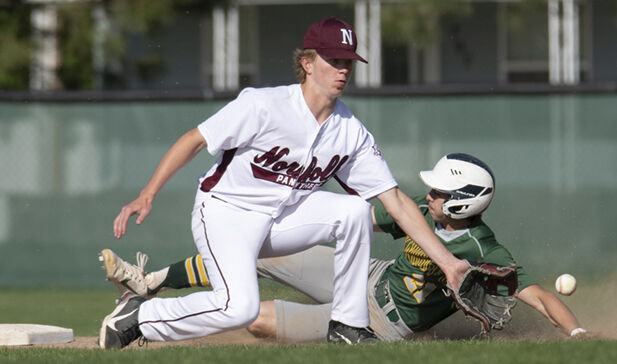 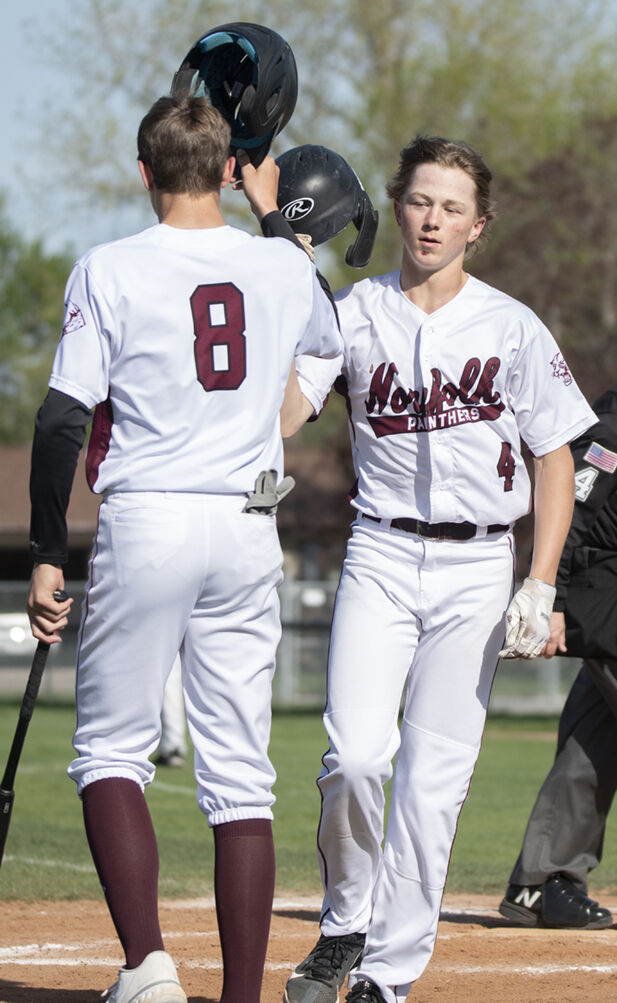 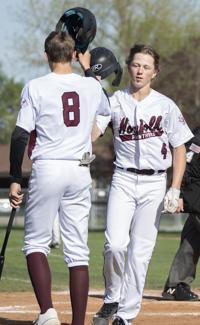 Brayden Lammers is congratulated by Jack Borgmann after his solo homerun over the right field fence.

Brayden Lammers of Norfolk safely slides into third base during Norfolk's game with Fremont Bergan Monday.

Grant Colligan of Norfolk stretches for the ball as Hunter Mueller of Fremont Bergen crosses first base.

Jack Borgmann of Norfolk waits for Carter Sintek of Fremont Bergan to slide into a tag at third base Monday night.

Brayden Lammers is congratulated by Jack Borgmann after his solo homerun over the right field fence.

The Norfolk High baseball team was unable to overcome Fremont Archbishop Bergan at Veterans Memorial Park in large part due to the Knights scoring seven runs in the sixth inning, leading to their 13-4 win.

"They threw a good pitcher at us,” said coach Brian Disch of the Norfolk Panthers. “We had some opportunities early on to score runs, and we hit a couple balls right at guys, and they made plays to get out of some jams early on."

"It's been our thing all season. We give up the big inning. They scored seven runs in one inning and, when you do things like that, it's hard to beat and compete with good teams. We've been talking about how if we limit those innings to two runs, now you still have an opportunity to be in the baseball game at the end. Until we do those things, it's going to be hard for us to beat good teams."

In that sixth inning, the Panthers' defense had three errors and gave up five walks, a single and a hit by pitch. The inning included the fourth pitching change of the evening for Norfolk as the Panthers' bullpen was having a difficult time facing the Knights' batters.

On a gusty evening, the Panthers were also unable to get their bats going. They had three hits compared with the Knights' 10. One of the bright spots for the Panthers was when senior infielder Brayden Lammers crushed a ball over the fence for a home run just before it went foul in right field.

"He got after a fastball that was a strike,” Disch said, “and he hit it hard and drove it to right field, which could have given us a little spark like 'let's get rolling here.' Unfortunately, that was our only hit until later in the game. Give the pitcher credit. He threw strikes, changed speeds on us, had some velocity and did a good job."

It was a sort of roller coaster season for the Panthers as they won three out of their first 16 games, then won seven out of their next nine and finished by dropping their last three to finish 10-18.

"We definitely have improved since the first few weeks," Disch said. "We did play some pretty stiff competition at the beginning of the year and went through a tough stretch there. A lot of times when that happens, it's hard to rebound from that, but we had a nice little winning streak there in the middle of the season and end of the season there. We just need to bounce back here. We've lost a few games and just need to get ready to get back and play on Friday in districts."

A common theme, according to Disch, has been trying to bounce back when something doesn't go their way, both in games and in the season as a whole

"To be honest, it's really just responding when something good doesn't happen. That's the thing we've been fighting all year. When we do respond when something doesn't go our way, we're right in the ballgames and competitive and have opportunities to win. When we allow ourselves to walk multiple guys in innings or have multiple errors in innings, it's hard to overcome those things. ... We just need to respond, have the right attitude and make the next play."