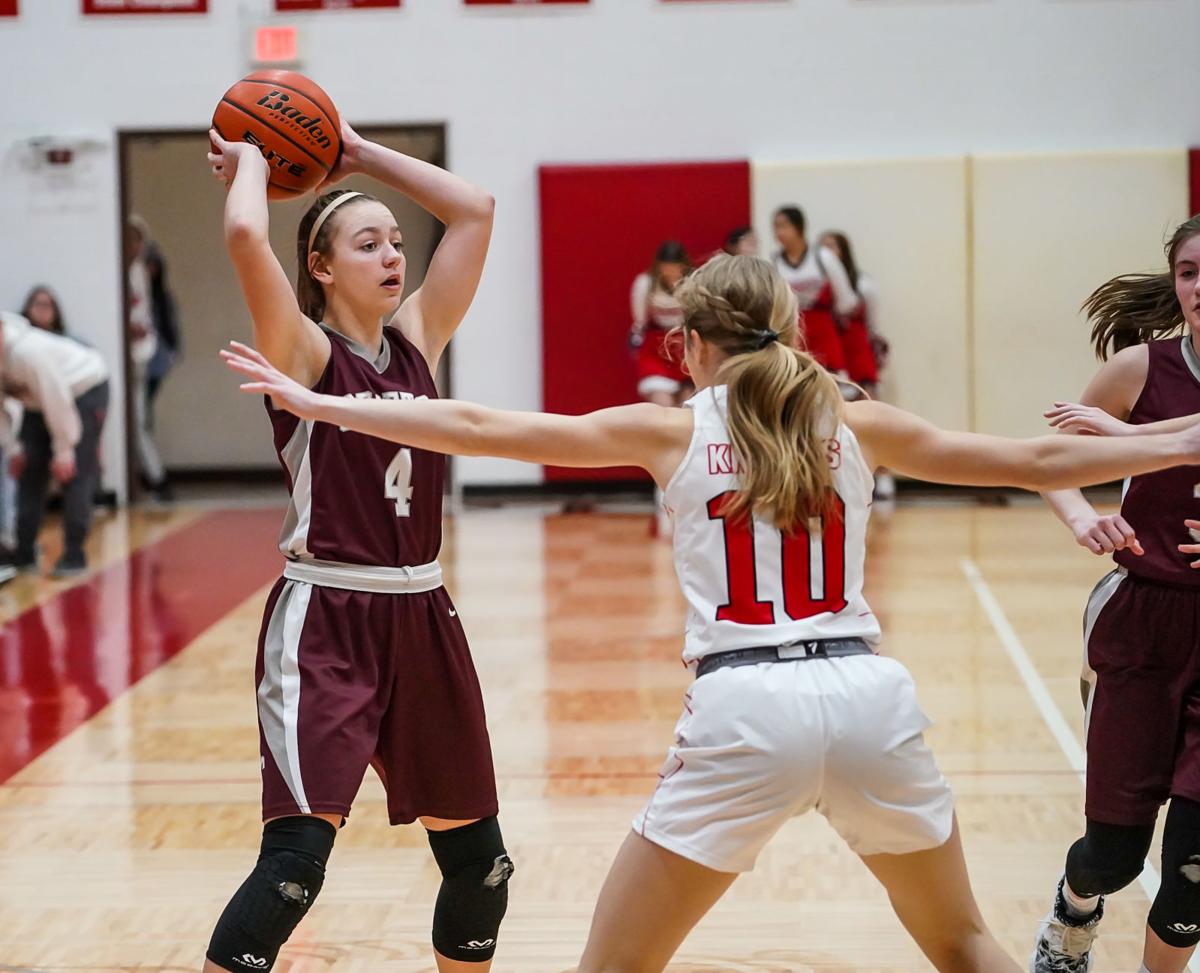 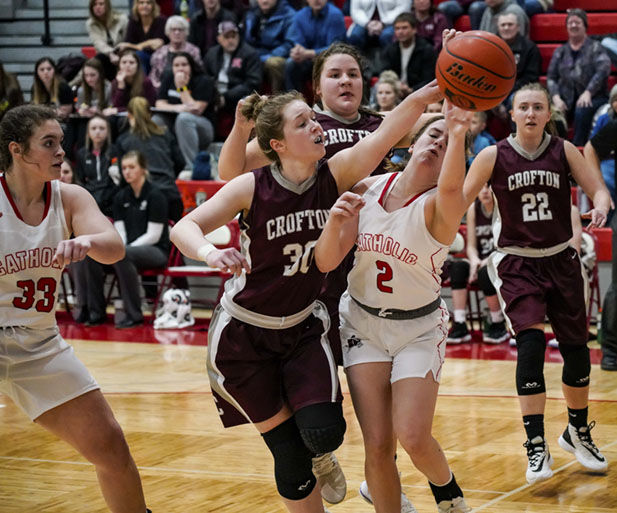 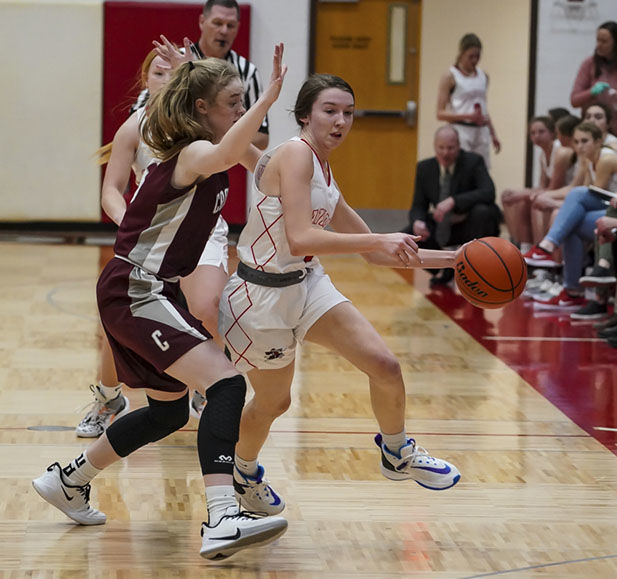 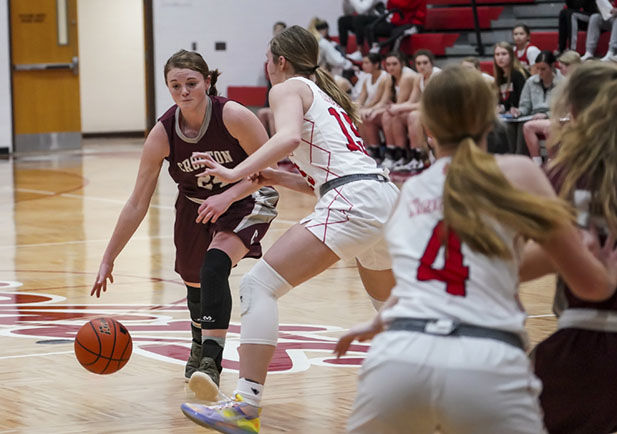 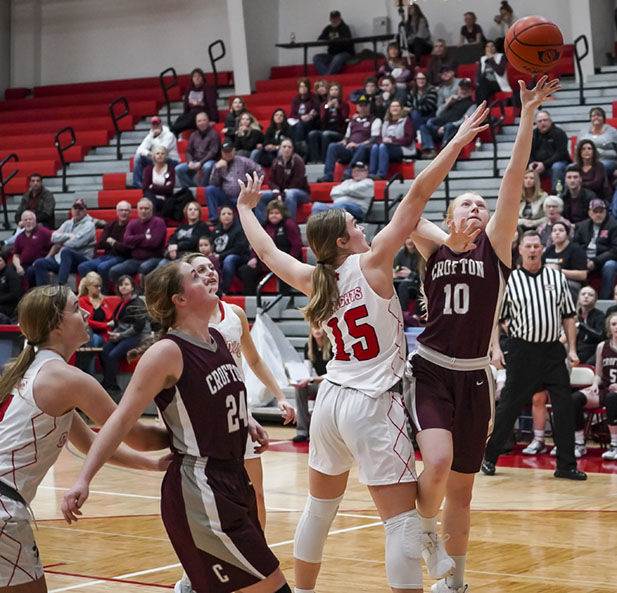 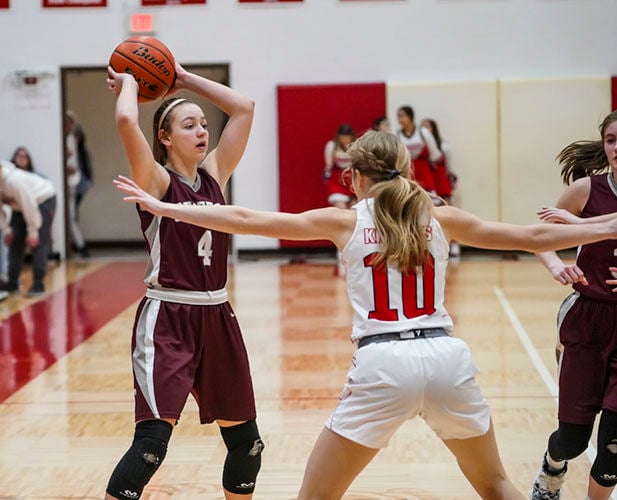 The game matched the teams for the second time in five days after the two squared off in last Saturday’s Mid-State Conference championship game, which Crofton — 19-3 and ranked No. 3 in Class C2 — won 45-30.

But this time around, Crofton’s offense was clicking, and that, along with a strong defense, makes the Warriors pretty hard to beat.

“In the first half, our press got us some offense, although they broke our press and scored some open baskets because they did a good job against it a couple times,” Crofton coach Aaron Losing said. “Our defense also helped our offense out with some steals, some transition, some things like that, but we had better flow to the offense tonight. We attacked better, passed the ball better and finished better.”

Thirteen Norfolk Catholic turnovers in the first half helped the Warriors get off to a good start and build a 15-6 advantage in the first quarter.

“Give them credit, they sped us up, and I wished we would have played a little stronger in some of the decisions that we made,” Knights coach Tim Kassmeier said. “We need to be more confident in ourselves. I think we were hoping to make plays instead of knowing we can make them.”

But the Knights, now 14-7, settled down offensively in the second quarter, making 7 of 8 field goals to trail by just six points midway through the period before Crofton produced a 7-0 run on consecutive baskets by Lacey Sprakel and a 3 by Elyssa Tramp to lead 33-21 at halftime.

“Anna really shot the ball well in the first half, and Abby gave us some really good looks early in the game, too,” Kassmeier said. “We’ve got to get more scoring from our guards in order for us to do well as we keep going.”

Seven Warriors scored in the first half, with four players contributing at least one 3, and Sprakel totaling 10 of her 14 points.

“Those 3s not only put points on the scoreboard, but also open things up on the inside,” Losing said. “Offensively, that was a good game; that’s probably as good as we’ve been in three weeks or so.”

After scoring 18 points in the second period, Crofton added another 18-point output in the third period that included a strong start to the third as the Warriors outscored Norfolk Catholic 11-3 during the first four minutes. That run also included 3s by Kaley Einrem and Jayden Jordan.

Although a 6-0 run late in the third period helped the Knights reduce the deficit to 13 points, at 47-34, Crofton put the game away with field goals by Sprakel and Alexis Folkers to end the third and continued the offensive into the fourth quarter to outscore the Knights 13-2 and establish an insurmountable 60-36 advantage with just under six minutes left in the game.

Einrem scored five of those points and assisted on a basket by Folkers during that run before the Warriors finalized the 62-44 win.

OAKLAND — There's no place like home, and that was especially true for Oakland-Craig junior Trenton Arlt at the Class C District 3 meet over the weekend.