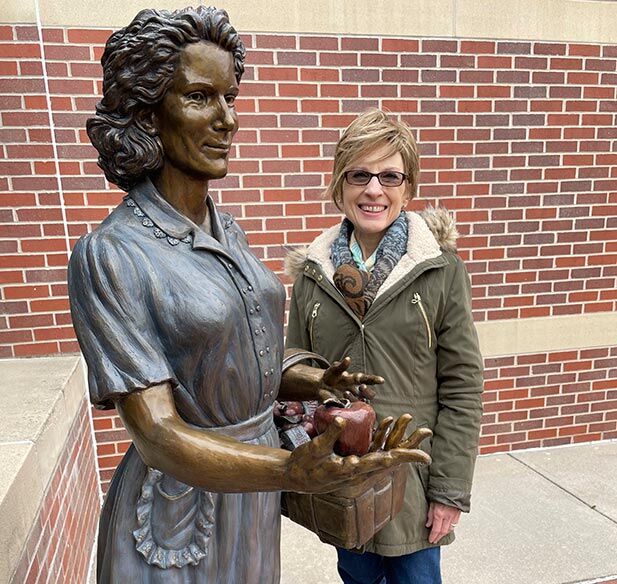 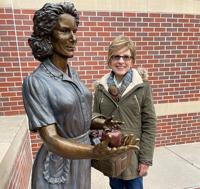 “Our Canteen Lady” is the work of Cambridge artist Sondra Jonson. 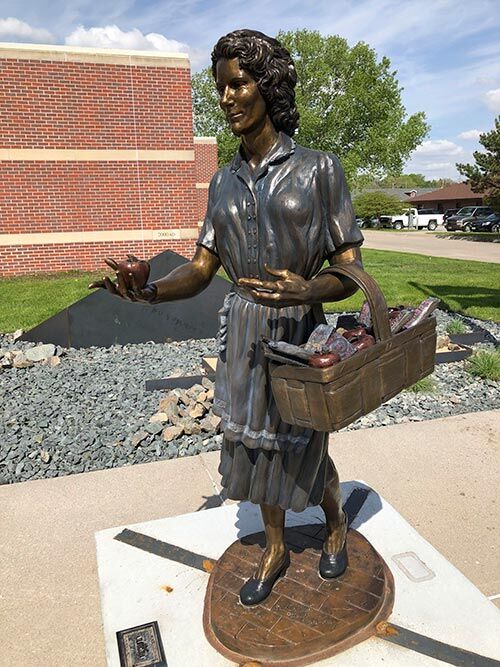 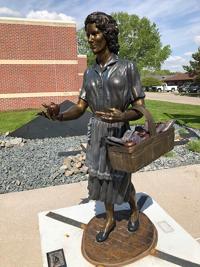 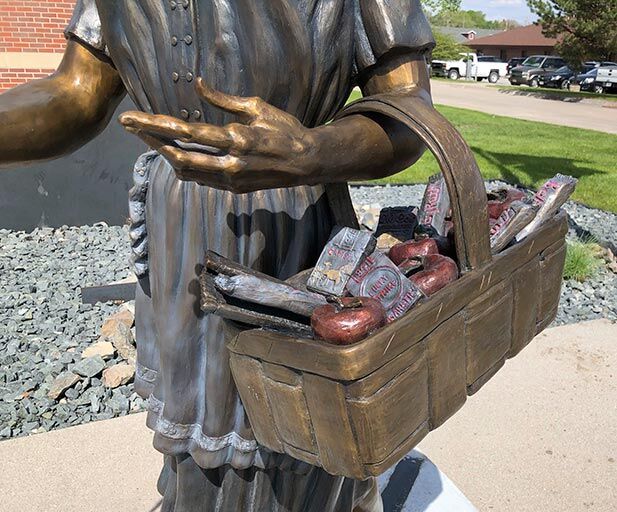 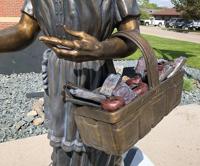 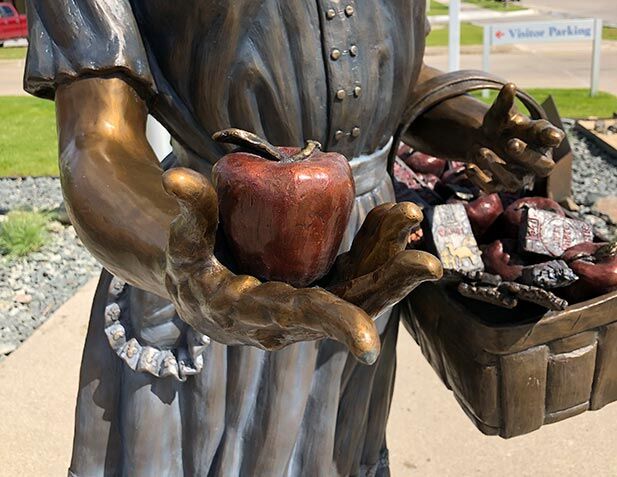 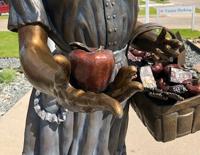 “Our Canteen Lady” is the work of Cambridge artist Sondra Jonson.

But volunteers in Norfolk did serve “stacks of piping hot food” to people traveling through town in support of the war effort, even though the trains often came through town at 1:30 in the morning.

“I remember mother used to boil potatoes at home and take them down to the depot, cut them up and fry them. That was for breakfast,” the late Mary Voss once said during an interview with the Daily News.

If soldiers didn’t want to get off the train, Voss and another high school girl boarded the train and served the soldiers.

In North Platte, around 6 million service men and women were served by hundreds of volunteers who manned the canteen at the Union Pacific Depot 24 hours a day, seven days a week from December 1941 to April 1946.

Now, the volunteers who served at canteens like the one in Norfolk and North Platte will be remembered with a permanent sculpture to be placed in Heroes Park at the Norfolk Veterans Home.

Called “Our Canteen Lady,” the sculpture is the work of Cambridge artist Sondra Jonson. It was included in Norfolk’s first sculpture walk in 2019, which was sponsored by the Norfolk Area Visitors Bureau.

Jonson, who said she has had an interest in art since grade school, created the 5-foot, 8-inch sculpture for American Veterans Memorial along Interstate 80 in North Platte. The image is based on Rae Wilson, the woman who is responsible for the creation of the canteen in North Platte, Jonson said.

“She (Wilson) is representative of those who were left at home,” Jonson said. “She’s a symbol of the support the soldiers had.”

DURING AND after the war, up to 8,000 service men and women traveled through North Platte ever day. They were served free food and beverages donated by area citizens who used produce and animals they raised or their ration cards to buy supplies, such as sugar.

“They were awesome women who didn’t get any medals,” Jonson said.

Three sculptures of “Our Canteen Lady” exist — one at the American Veterans Memorial and another at the Prairie Arts Center in North Platte. The third one traveled to various sites before being included in Norfolk’s first sculpture walk, where it was displayed at First Street and Norfolk Avenue. There it caught the eye of Larry and Sherry Dinkel.

“Sherry and I said it would be good to have at the Veterans Home,” said Larry Dinkel, a Vietnam War veteran and long-time member of the Norfolk Veterans Home Foundation board. The foundation is the organization that spearheaded the construction of Heroes Park, which is located behind the facility.

For now, the sculpture is located in front of the Norfolk Arts Center, where its been stored since being removed from its spot on Norfolk Avenue. Once it’s placed at the Veterans Home, it won’t be visible to the public. And the Dinkels want people to be able to view it before it’s moved.

The couple are also hoping others will be willing to donate to the $25,000 cost of the sculpture. Donations can be sent to the Norfolk Veterans Home Foundation, P.O. box 528, Norfolk, NE 68702.