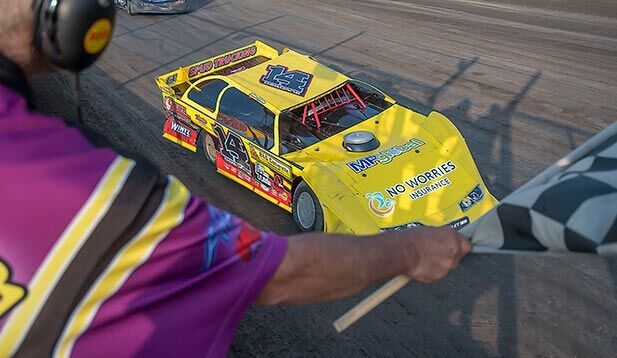 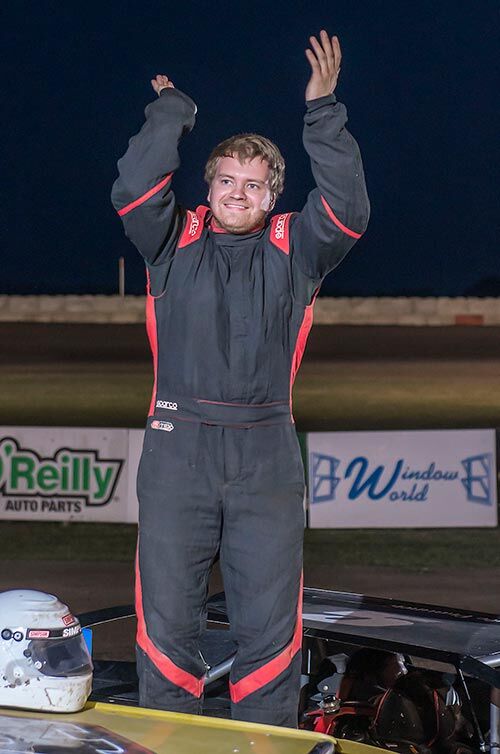 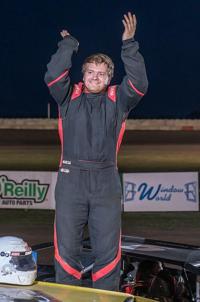 Norfolk Late Model driver Chase Osborne (14) leads the field to the start of a heat race Saturday night at Off Road Speedway. Osborne won his first feature of the season, as Kyle Prauner of Norfolk (5K) took second. 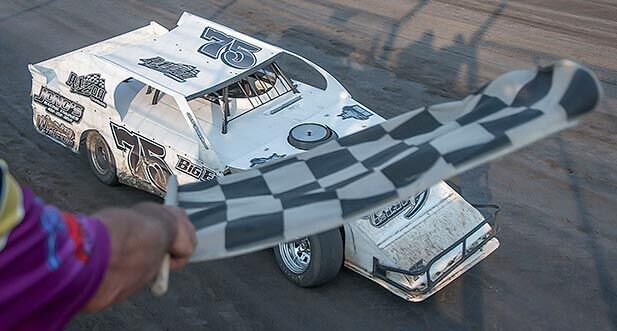 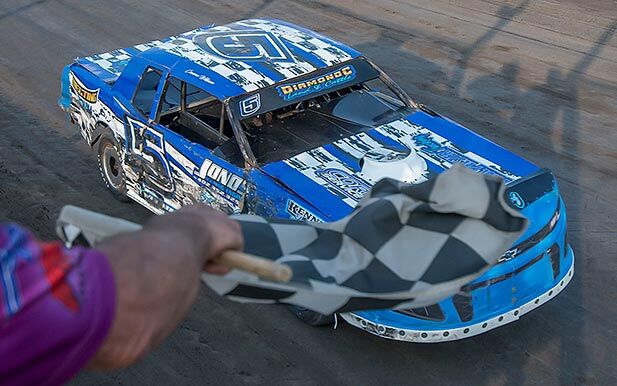 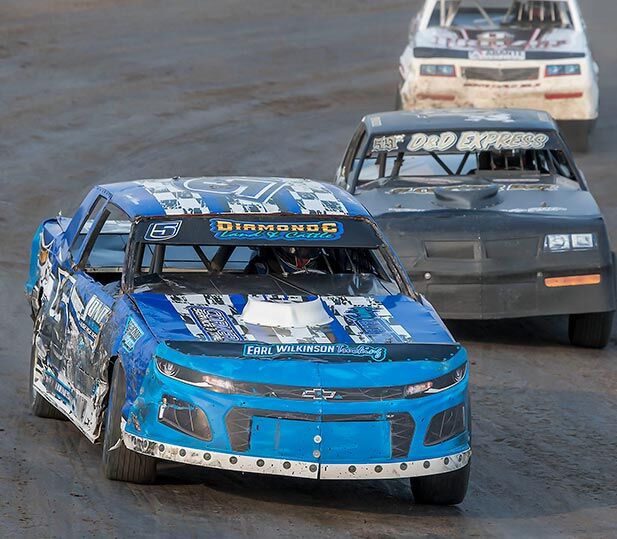 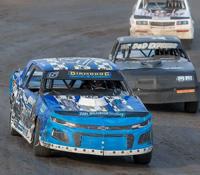 Norfolk Late Model driver Chase Osborne (14) leads the field to the start of a heat race Saturday night at Off Road Speedway. Osborne won his first feature of the season, as Kyle Prauner of Norfolk (5K) took second.

Although weather dictated a weeklong delay, the Off Road Speedway played host to the Don Weyhrich Classic on Saturday night with a program of four divisional feature races.

With no races scheduled for this coming weekend to avoid conflict for local drivers wanting to compete in the Silver Dollar Nationals at I-80 Speedway in Greenwood, the Off Road Speedway’s 2021 season will return Saturday, July 31, with the first of just three nights of points racing remaining before Championship Night.

In the IMCA SportMods feature, current points leader Cameron Meyer of Pierce held the lead for 12 of the race’s 20 laps until Genoa’s James Roebuck made the most of his fifth night of racing in Norfolk by grabbing the lead on the back stretch and holding it during the final six laps for his second Off Road Speedway win of the year.

Newcomer Mitch Coble of Columbus also got around Meyer to earn second in his first race at the Norfolk track, with Meyer taking third place.

Neligh’s Cameron Wilkinson won his third straight IMCA Stock Cars feature and fourth of the season at Off Road Speedway, starting on the outside of the second row but immediately squeezing between the two cars in the front row — pole-sitter Derek Sehi of Neligh and Ron Pettitt of Norfolk — as the cars sped past the flagstand during a complete restart to the 20-lap race.

Wilkinson — who holds a commanding points lead in the division — increased his lead throughout the race to win handily, while Wakefield’s Chad Bruns came out on top of a two-car competition with Sehi to finish second. Sehi settled for third place.

Mielke started on the pole, then fell back initially as the race began with an early pair of cautions, but after chasing Norfolk’s Shannon Pospisil for six laps, Mielke took the lead by using the high side of the track coming out of turn four and securing his third Off Road Speedway win of the season.

Pospisil finished second for the second week in a row, while O’Neill’s Dustin Jackson was able to grab third place with a last-lap pass of Tanner Uehling of Norfolk on the inside of turn four.

A win by Norfolk’s Chase Osborne in the IMCA Late Models feature also closed the 11-point gap ever so slightly between Osborne’s third-place position on the list and leader Kyle Prauner.

Osborne — who started on the pole — led all 18 laps of the race, with Prauner, also of Norfolk, in pursuit. But with only one caution, which came early in the race, Osborne was able to establish a lead of several car lengths as the field spread out behind him for his win.

Likewise, Prauner’s second-place finish — his eighth top five in nine nights of racing at Off Road Speedway — was several car lengths ahead of Brock Carlson of Winside, who finished in the top five for the first time this season.

The legend of the Whealymen

Keeping my head out of the clouds

I’m not quite sure why I don’t really remember the event. I was almost 8 years old, so I can’t claim age as the reason. After all, some people claim to have memories from when they were as young as 2 or 3. I won’t get into whether I believe this. It doesn’t really matter because I do believe…

If you have younger children with dreams of appearing on stage, the Norfolk Arts Center is offering them the spotlight.