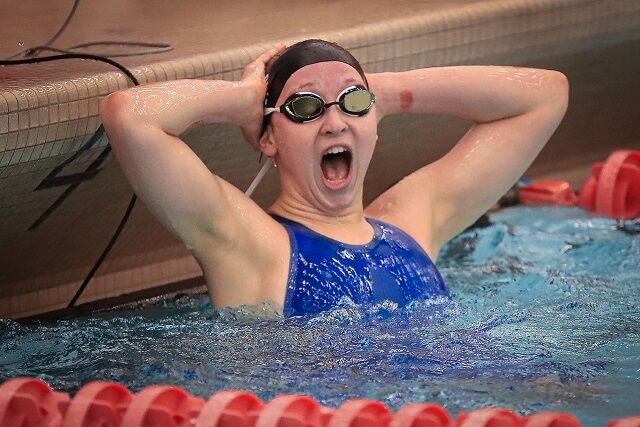 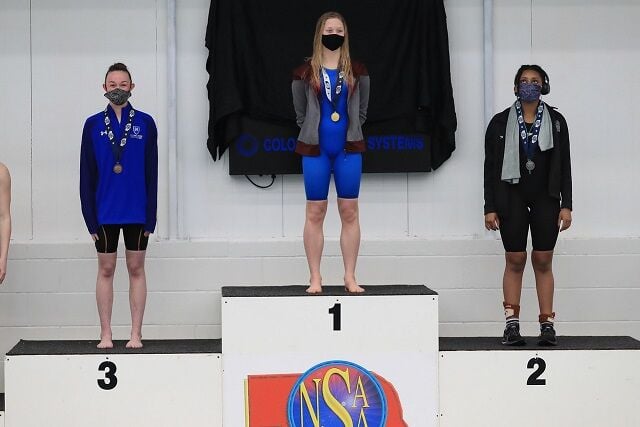 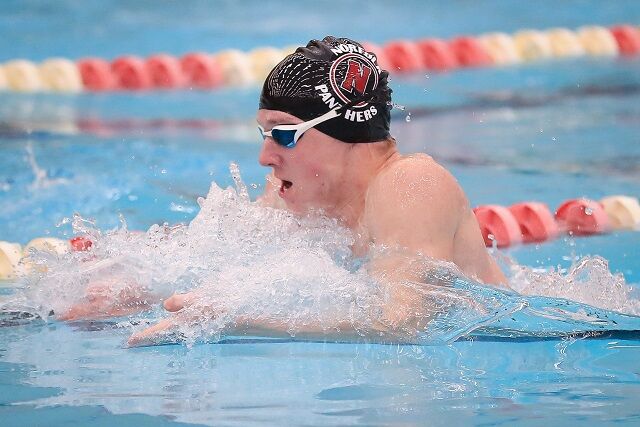 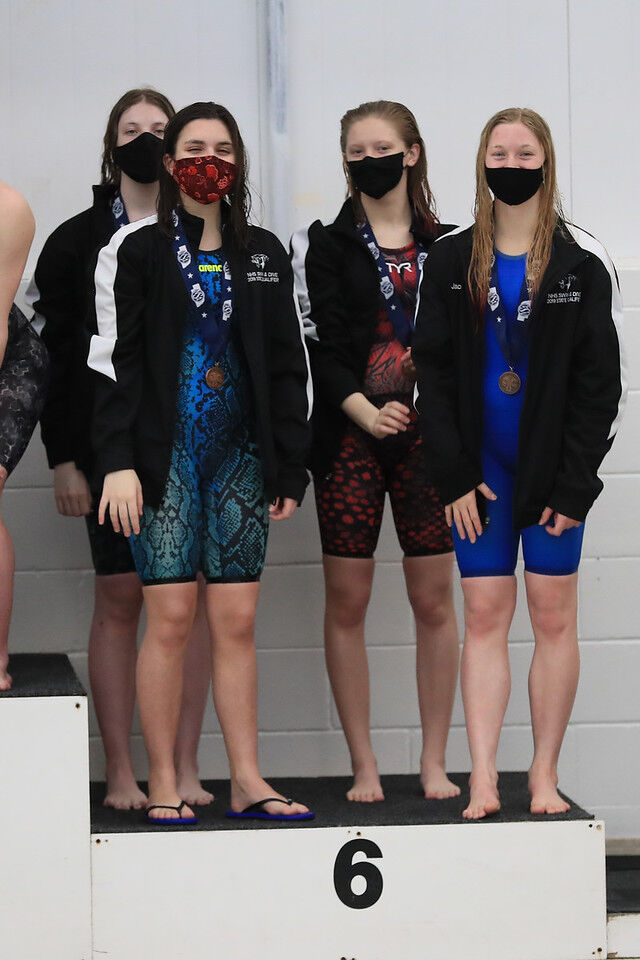 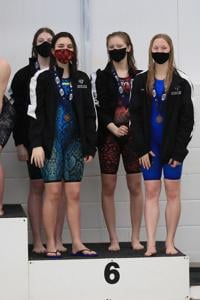 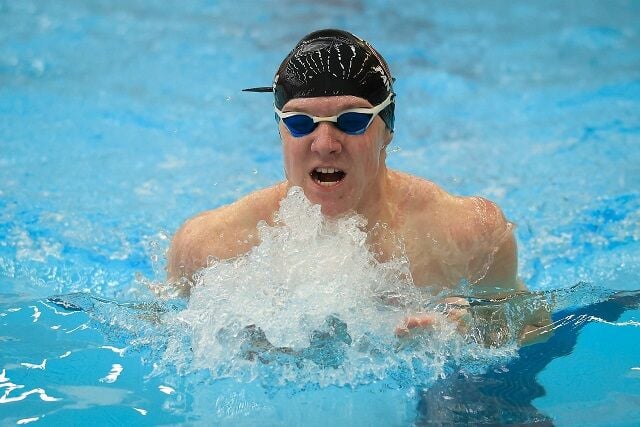 LINCOLN — The last girls swim team outside of the Lincoln and Omaha area to finish in the top five at the Nebraska State Swimming and Diving Championships was Hastings High School in 1987.

That changed Saturday, as the Norfolk Panther girls broke into the top five, finishing in fourth place, which is the highest finish on the girls side in school history. (More photos from the state meet to come.)

“The accomplishment is very unique with what they have done. These girls have worked hard through the pandemic, done things that aren’t normal, but they persevered,” Norfolk coach David Nelson. “Fourth overall and the best finish in school history — we couldn’t have been more proud with how the girls competed and raced today.”

It was a long season for the whole team in many different ways, but the Panthers brought it all together at the state meet at the Bob Devaney Sports Center pool.

“We had ups and downs throughout the season, but we’ve been blessed with having a really good year, and to see the girls accomplish their goals was a really cool thing,” Nelson said.

COMPETING in her final state swim meet with Norfolk, Annika Harthoorn led the Panthers and left it all out in the pool on Saturday, as she won the 100-yard butterfly event.

“I knew I had to finish strong, and it came down to the wire,” Harthoorn said.

“I could tell we were close,” Harthoorn said. “I was very surprised — I had no idea that I won until I looked up at the board. It was the best feeling in the world.”

The University of Nebraska at Omaha commit wasn’t finished after capturing the gold, as she took home third place in the 100-yard backstroke with a time of 57.15.

“She’s been a huge part of the culture at Norfolk, and she’s been a major leader,” Nelson said. “A first- and third-place finish is a great way to finish her high school career.”

THE DAY started and ended strong for the Panthers as the 200-yard medley relay team of Harthoorn, Joslyn Jacobs, Elsie Olberding and Maggie Waddington broke a school record with a time of 1:43.86 and came in third place behind Millard North and Marian.

“We were so pumped to get that time,” Harthoorn said. “It was really fun, and it got us off and running.”

Jacobs, a junior, not only helped her team in the relay events, but she also finished third in the 200-yard IM and 100-yard breaststroke.

“They went well — I was really focusing on my back to breast turn and making sure I pulled ahead in my breaststroke in the 200 IM,” Jacobs said.

Norfolk also had a bright spot come from foreign exchange student Marzia Gasparini. In her first state swim meet with Norfolk, she placed fifth in the 200-yard freestyle and was a part of the sixth-place 400-yard freestyle relay team alongside Waddington, Olberding and Harthoorn.

Whether it was the relay races, consolation races or even diving, the Panthers garnered scoring across the board.

“We had points coming from everybody,” Nelson said.

Instead of having family and friends in the stands, the swimmers and coaches filled the Bob Devaney Sports Center while their loved ones watched from home.

“It still was exciting with all of the energy going on in the building,” Jacobs said.

Despite the different feeling in the crowd and clawing through a season full of unknowns, the Norfolk girls were able to finish their season strong with 186 points and a top five finish.

“We earned it — I’ve been dreaming about this since my freshman year,” Harthoorn said. “We got fourth place with only seven girls, which is crazy. We are a small team, but we were committed and worked hard all season.”

THE NORFOLK boys' recent run of top 10 finishes ended on Saturday as they finished in 18th place.

Olmer had the best finish of the day for the Panther boys, as he took home runner-up in the 100-yard breaststroke with a time of 56.71. Kael Mlinek of Lincoln Southwest won the event with a time of 55.09.

“The only thing I could think about was to keep up with Kael,” Olmer said. “It was really fun.”

After the first 50 yards, Olmer was in fourth, but he finished with a strong 50 yards to finish in second place.

“When I can turn on one of the ends, I can set a pace, and I knew I was able to be right there at the end of the race,” Olmer said.

“Mason finished great,” Nelson said. “He’s done a lot of good things for us, we are going to miss him and all of his leadership. I’m excited that he was able to finish on a good note.”

Creighton Prep’s dominance in the state’s swimming scene came to an end on Saturday. The 14-time defending state champion fell to Lincoln Southwest.

The Panthers lose a couple of girls and boys to graduation, but next year they will have plenty of talented swimmers return.

“Down the road we’re looking to continue this type of culture of high expectations for the girls,” Nelson said. “We are going to have a little bit of rebuilding with the boys. We have a good group of boys that are coming through the program, but they are just a little younger right now.”