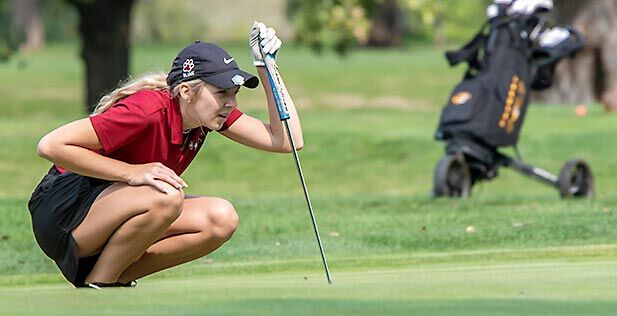 Dennis Meyer/Daily News * * Kylie Blume of Norfolk sizes up her putt on the 16th hole during the Norfolk Invite at the Norfolk Country Club, Thursday, Sept. 17, 2020. 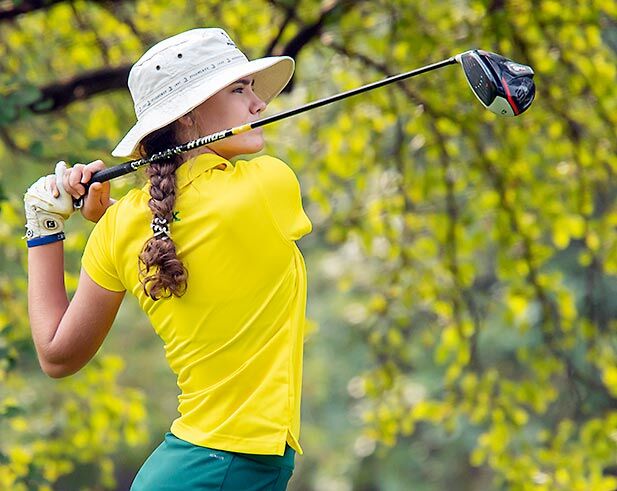 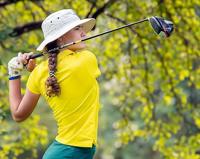 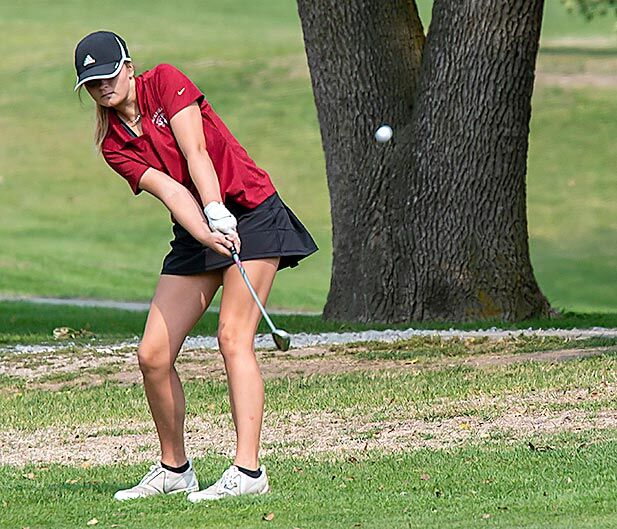 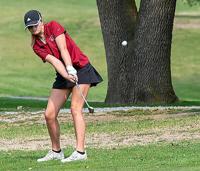 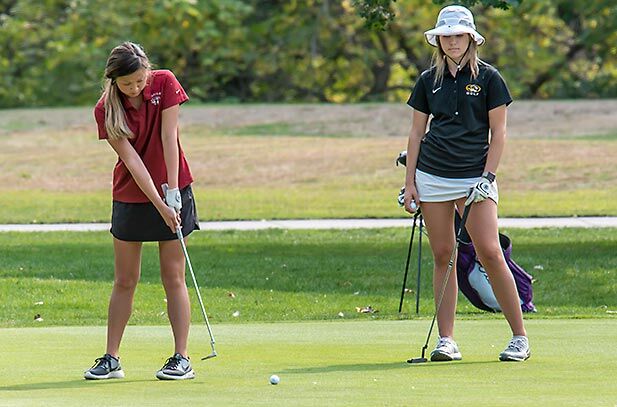 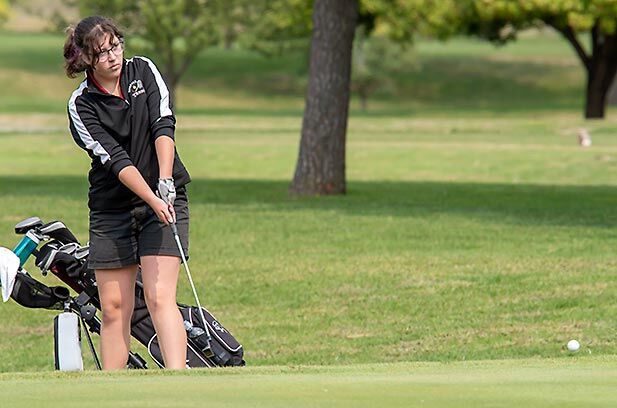 Dennis Meyer/Daily News * * Kylie Blume of Norfolk sizes up her putt on the 16th hole during the Norfolk Invite at the Norfolk Country Club, Thursday, Sept. 17, 2020.

Unfortunately, too many missed putts contributed to the Norfolk High girls golf team’s 13th-place finish in the Norfolk Invitational on Thursday.

Millard North won the team title, finishing 16 strokes ahead of runner-up Lincoln East with a team score of 330, while Nicole Kolbas, a sophomore from Lincoln Pius X, was the individual champion with a 1-over 73.

Top score for the Panthers belonged to Kylie Ehnes-Blume, who finished 41st overall with a score of 95.

“We had the top teams in the state here today, so we knew coming in it was going to be tough,” Panthers coach Lance Kosch said. “We definitely needed to shoot better than our score of 421 today; we were higher than average pretty much all around on our team.”

In a positive light, Kosch said “each of the girls had their moments on the back nine of the golf course.”

“We had some pretty average nine-hole rounds there, but on the other nine holes, we were higher than we should have shot, and therefore we dropped back further than I wanted to finish,” he said. “Watching a lot of golf today and talking to the girls, our putting has to improve big-time. As a team, we putted the ball way more than we should, especially on our home course.”

Kosch said his team would continue to emphasize putting in preparation for the district tournament and the state meet. Although it seems it would be the easiest aspect of golf to improve, putting isn’t necessarily a simple part of the game.

“You think it would be, as the shortest stroke that you make,” he said. “But I always think it’s the toughest part of the game. There’s pressure, reading the greens, getting a good feel for your stroke, overthinking the shot — just a lot that goes in to it.”

For Millard North, according to coach Eric Welte, competing in the 15-team invitational at the Norfolk Country Club — the site of the 2020 girls state tournament in a couple of weeks — is a large part of his team’s preparation for the state meet.

“We consider this a state preview, so winning here and winning by 16 strokes makes us look pretty good coming back here 3½ weeks from now,” Welte said. “If you ask the girls, they probably don’t think they played as good as they can, so we like that, too. We had three girls in the top 10, so that bodes well — we love it up here.”

“I think it gives us confidence, and in golf confidence is a huge thing,” he said. “We only have one girl who didn’t have experience playing here, but she came up here last weekend with her mother and played. The other girls have played here at least a dozen times over a four-year period.”

Winning the individual title, Kolbas said, against a quality, state tournament-caliber field in her second year at Pius “meant a lot, although, honestly, it was pretty much a ho-hum round.”

“I had a birdie and a bogey on the front and a birdie and two bogeys on the back,” Kolbas said. “I hit some great shots and didn’t get myself into any trouble. I just kept it in play, and that’s what you’ve got to do out here.”

“I think we were missing a couple teams today, but coming up to Norfolk and having such great weather was such a great experience,” she said. “Treating it like a practice round is what I came out to do today, and just have fun and get a feel for the course.”

Kolbas — who finished in a tie for second at last year’s state tournament behind Omaha Westside’s Kaitlyn Hanna — won by four strokes over Hanna, a junior, on Thursday. The two will be expected to be among those vying for the individual title when the state meet is played in Norfolk.

“People always say that this invitational is a good preview for the state meet, and we had the top teams in the state here — except for North Platte, one of the best teams in the state, who will also be a contender at the state meet,” Kosch said. “Outside of that, we can see where teams and individuals are at. It’s great for the coaches to get a chance to bring their teams here.

“It was a pretty big win for Millard North, and Nicole Kolbas is a really good, consistent player who has had a lot of rounds in the 60s. I figured she would be able to shoot around par here today.”

The old adage says if you love what you do, you’ll never work a day in your life.

This season was going to be different for Stuart.

WAYNE — Bikers, walkers and runners in Wayne will soon have the chance to enjoy a trail looping the entire community.

COLUMN: Pierce pushes path back to No. 1

The new No. 1 in Class C is a team that, well, should be familiar with being there.

A train wreck of a debate

On Sept. 29, the two presidential candidates went face to face in a heated debate to prove why they would be the best next president. Let’s just say that the debate itself was a train wreck, as a first-time debate watcher I was a little disappointed that it was very chaotic to say the least.

The first presidential debate between Donald Trump and Joe Biden was dominated by juvenile bickering, bombastic rambling, persistent interrupting and an undignified — daresay, unpresidential — rejection of all debate decorum.