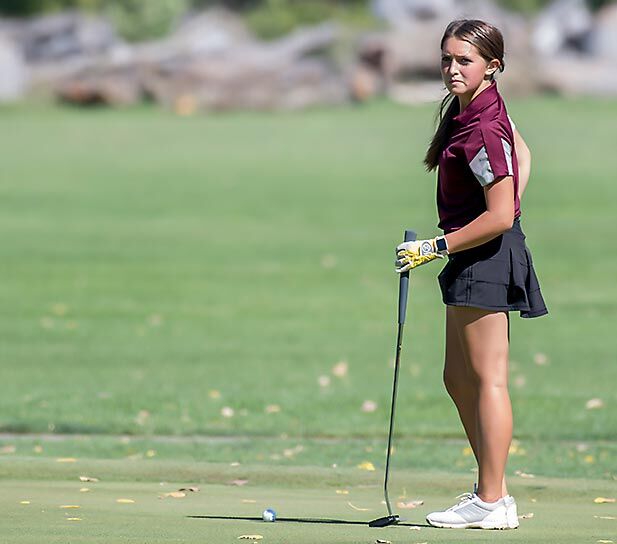 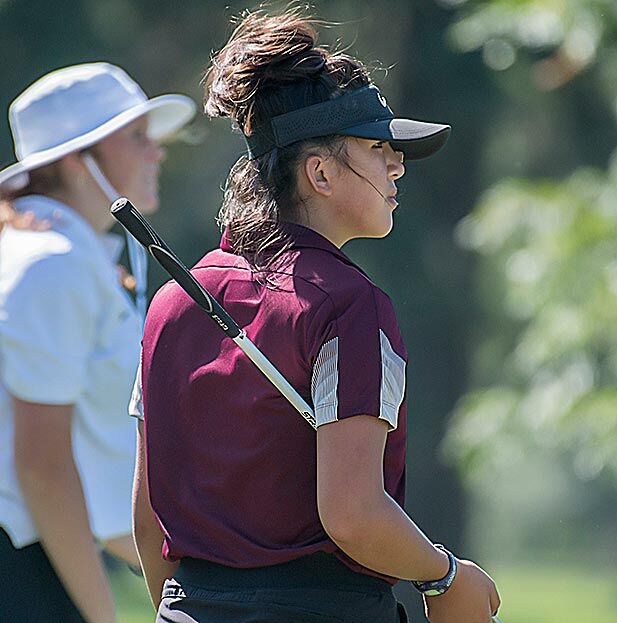 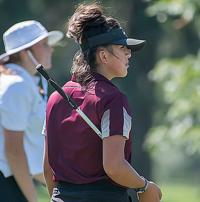 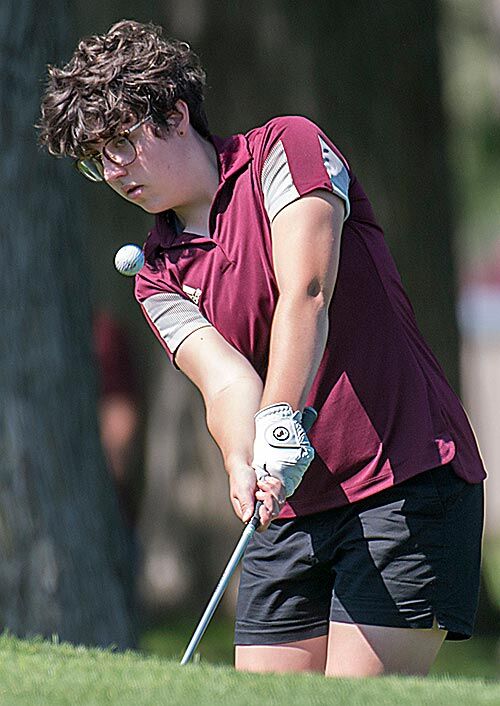 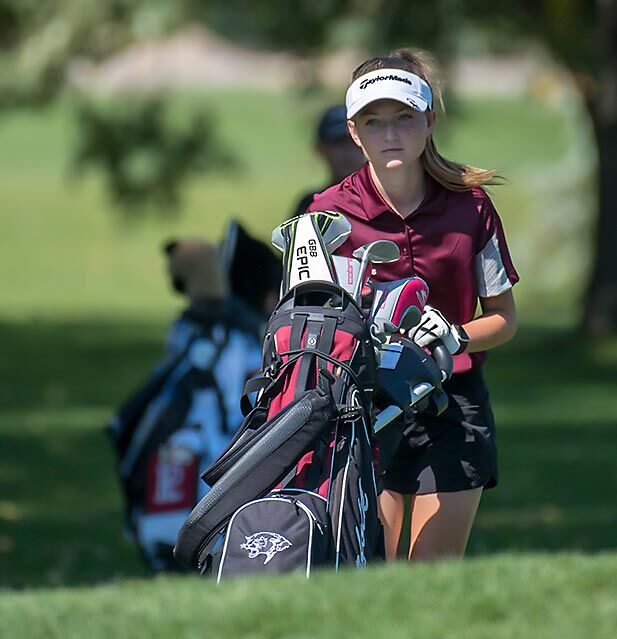 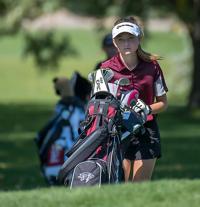 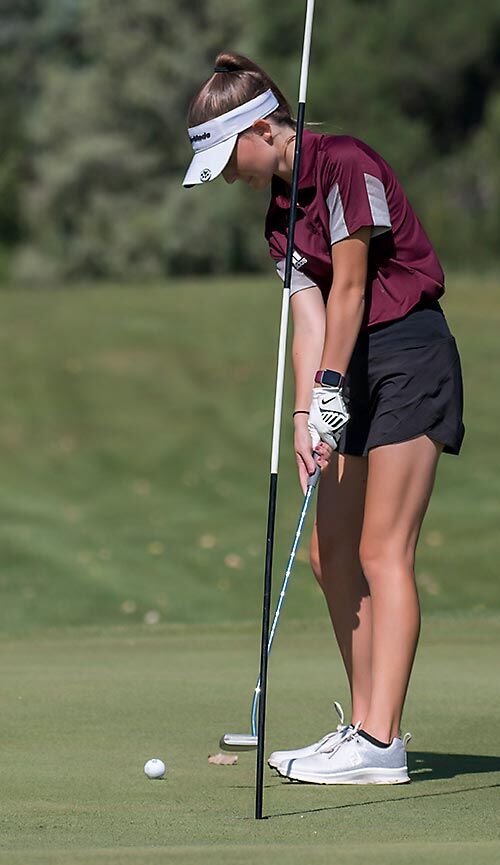 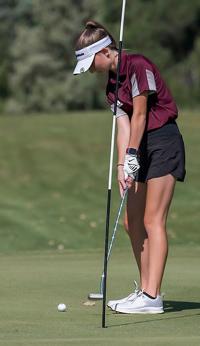 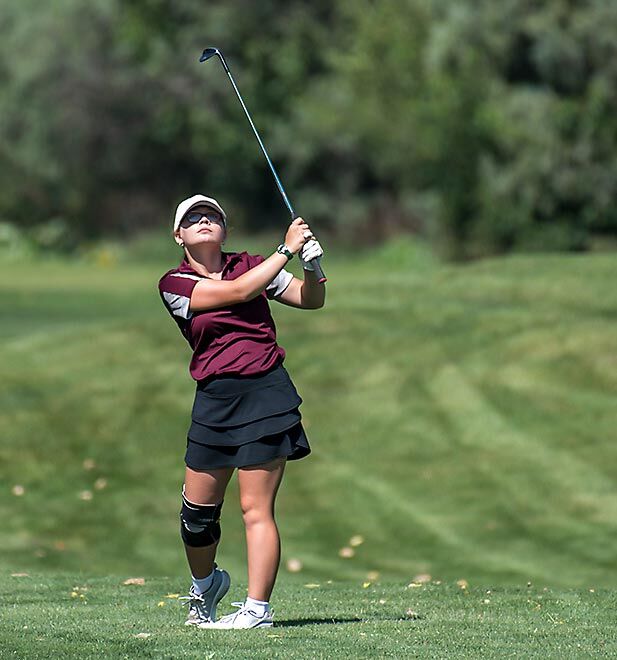 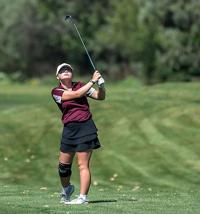 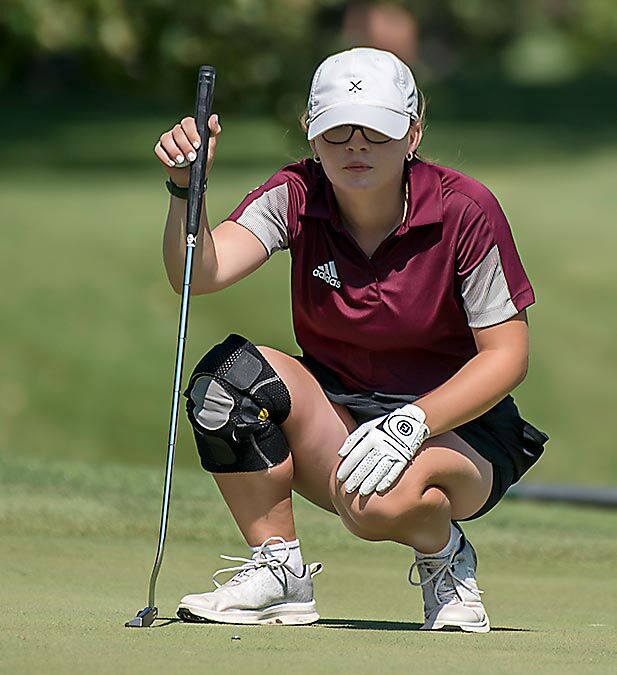 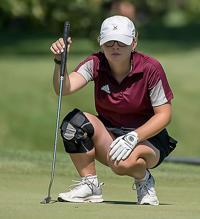 The Nebraska girls state golf championship doesn’t start for another month, but many of Class A’s best teams got a sample of what’s to come in the Norfolk High School Invitational on Thursday at the Norfolk Country Club.

Norfolk’s varsity team finished 13th in the field of 14 with a team score of 428. Phoebe Miller led her squad with a 102. Brook Burbach wasn’t far behind with a 106.

Millard North won the invitational with a team score of 326. The Mustangs also had the winner among individuals in Katie Ruge, who shot a 71.

Strong winds could be felt throughout the duration of the invitational and only made things harder on what was already a tough course to play. Panthers coach Lance Kosch said he felt his team handled it well.

“I think for the entire field, it presented a challenge,” he said. “Overall, we kept it kind of around where we average so we handled it pretty well.”

This season, Kosch is putting a heavy emphasis on improving his team’s short game to keep scores down. Despite the conditions and tough competition, Kosch said he felt his team held its own and continued to get better.

“We’re slowly improving,” he said. “We definitely see that our chipping has become better, which is helping us save some strokes throughout the round.”

Although the team was playing just up the road from the school, Kosch noted that the Panthers didn’t have a big advantage. Much of the field, which includes some of the top teams in the state, is also quite familiar with the course.

“It’s a tough field. This kind of felt like a state championship out there with the teams that were here,” Kosch said. “These teams have all been here before. They’ve seen it a lot, they’re getting used to playing it and there were some really low scores from the top teams today as well.”

Through that and more, Miller was able to lead the Panthers on the day. The junior said the key to her performance was keeping a good attitude.

“It felt a little rough while I was playing,” she said, “but I keep a positive attitude most of the time.”

As for the top finisher overall, Ruge said she felt as though she shot better than previous tournaments at Norfolk Country Club. In her eyes, the experience of playing the course went a long way.

“I think it’s just different just because I’ve progressed as an individual player,” she said. “So every time I play, I’m just getting better and better, so it feels good.”

WAYNE — Down six with just under seven minutes left in the game, Wayne State College used a comeback that culminated with a game-winning 3-pointer from Alec Millender to defeat the University of Nebraska at Kearney 67-64 on Monday night.

The use of a zone defense provided the Northeast Community College women’s basketball team an opportunity to win, but the Hawks came up short in a 73-66 overtime loss to North Platte Community College Tuesday evening at the Cox Activities Center.

MADISON — A man who was refused alcohol and cigarettes at a local gas station in June and responded by throwing shelving at an employee pleaded guilty on Monday to assault.