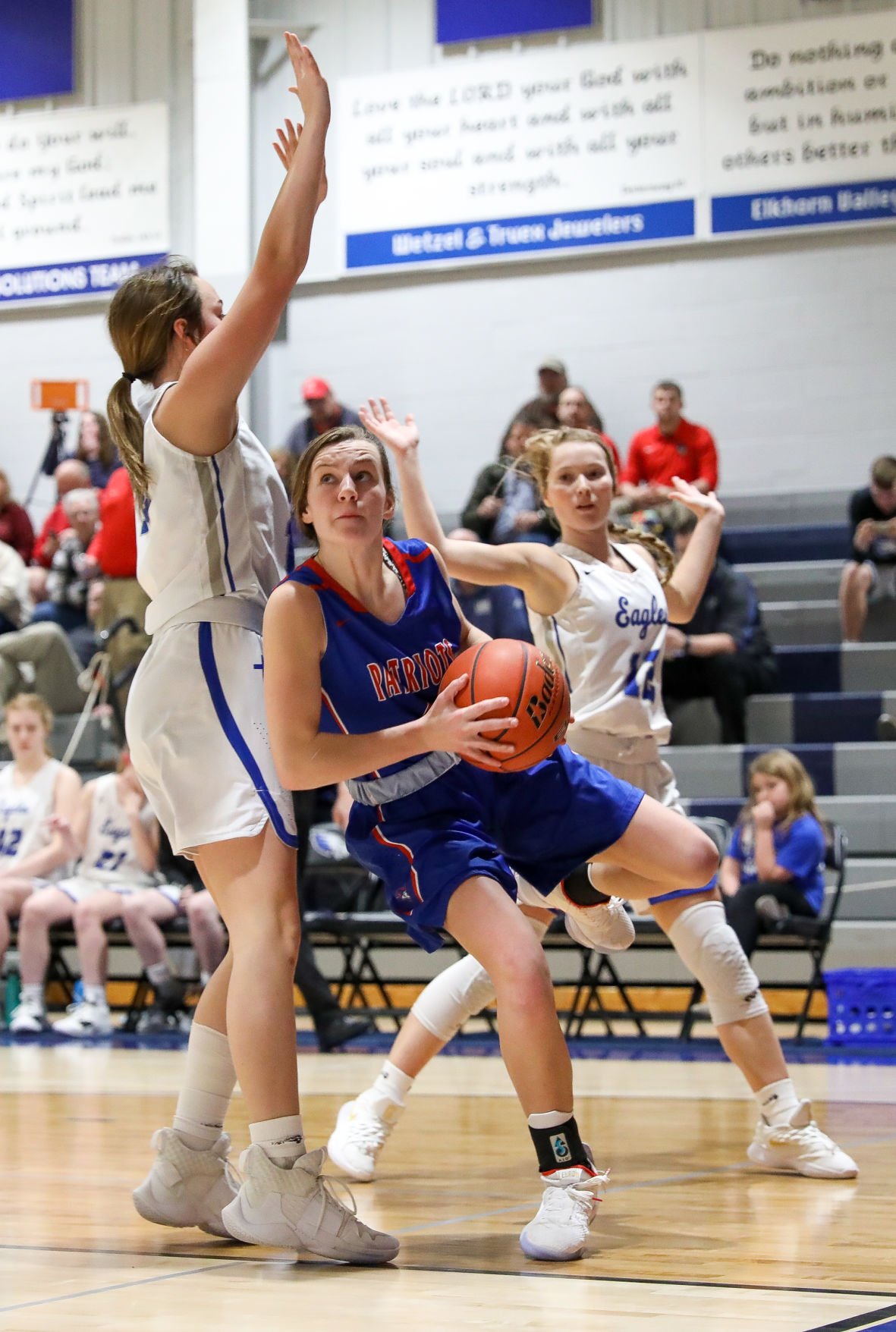 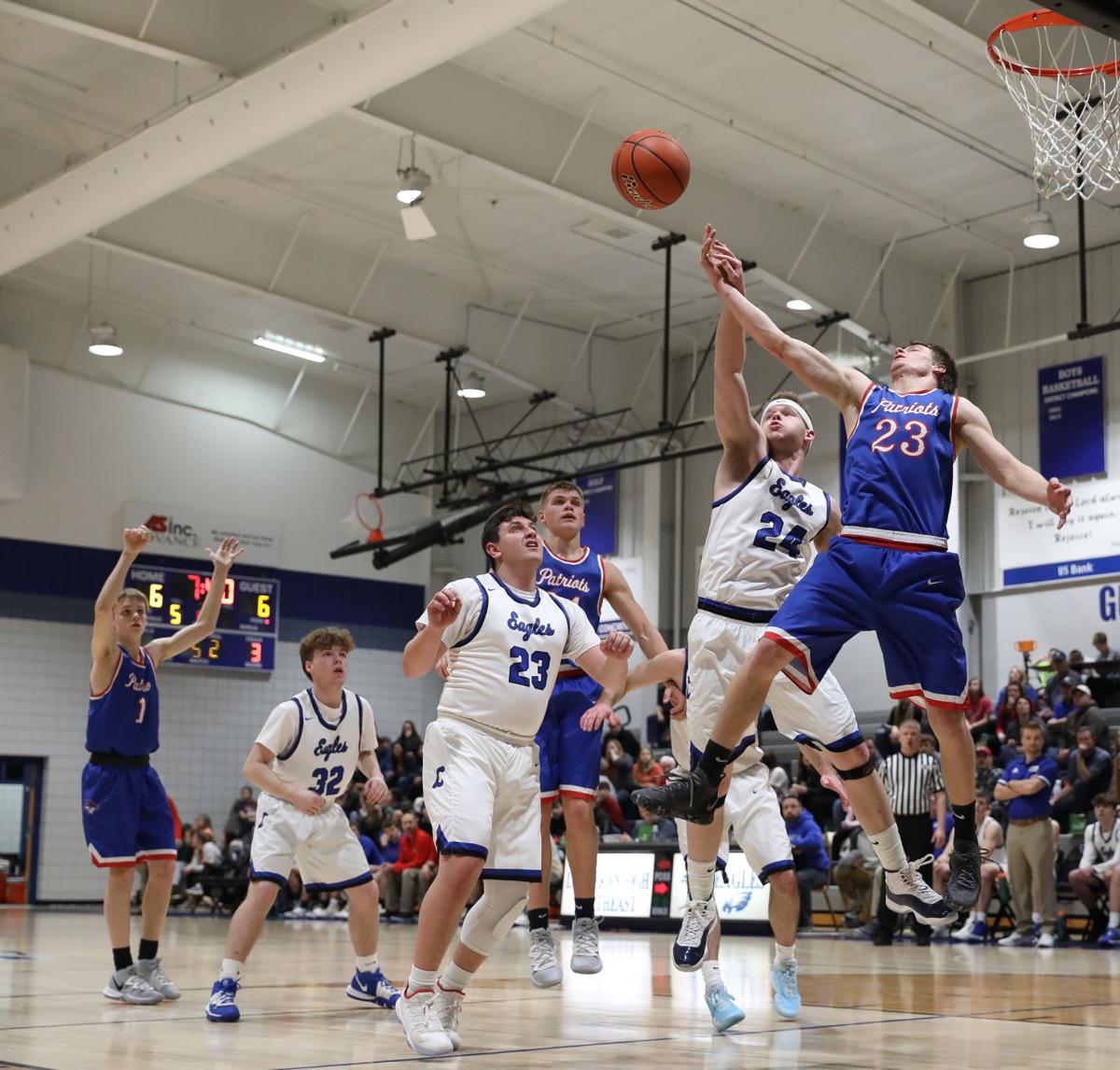 But only the boys team managed a victory against the Patriots.

After leading just 27-24 at the half, the Eagles outscored Clarkson/Leigh 29-7 in the second half to clinch a 56-31 win, but the Lutheran High girls were unable to convert a 26-24 lead at intermission into a victory and fell to the Patriots 50-45.

In the boys contest, Lutheran High and Clarkson/Leigh both struggled to get started offensively in the third period. The Eagles missed their first five shots and turned the ball over three times and managed only eight points. Meanwhile, the Patriots missed their first seven and committed six turnovers before putting three points on the board.

But the difference in the fourth quarter was Lutheran High exploding for 21 points, while Clarkson/Leigh continued to struggle, making just 1 of 10 shots — matching their third-quarter output — and adding just four more points.

“It’s been a matter of our offense is there and our defense is not, or vice versa,” Eagles coach Kenny Blank said. “We’re looking for a full, complete game, and I thought the second half, we put together two quarters. I thought in the first half we were settling for quick 3s and not running our offense, but when we got settled down in the second half, we got what we wanted offensively, got more patient and got some inside shots.”

The defense also stifled the Patriots, especially in the second half.

“We’ve been working on defense a lot. It’s kind of been our downfall the last couple games,” he said. “So we’ve got that better; it showed in the second half, holding them to seven points, so that was good.”

“We had a long, tough game last night with Twin River — an eight-point game that came down to free throws at the end — and tonight you could tell our legs were gone,” Patriots coach Jeff Bachman said. “Our shots were short, and we shot awful tonight.”

“We like to get the ball to the basket, but Lutheran High did a nice job of cutting the lane off, so we weren’t able to get the 10-footers or the layups we usually get,” he said. “Normally from that, we get kick-out 3s that are wide-open, but that wasn’t the case tonight. They also did a very good job of stopping our post, Carter Hanel, who’s had some very nice games lately, from getting the ball.”

Lutheran High’s offense picked up steam in the fourth quarter as the Eagles made 7 of 10 field goal attempts and added 6 of 8 free throw chances, totaling 21 points in the period to finish off the 56-31 win.

IN THE GIRLS GAME, Lutheran High — after six lead changes to begin the game —outscored the Patriots 9-0 during the last four minutes of the first quarter to lead 18-10. But the Eagles managed just 2 of 6 field goals in the second period and added just 4 of 8 free throws, while Clarkson/Leigh produced 14 points — including the last six of the quarter — to close within 26-24 at the break.

“Every game that I’ve seen them play, they always press, and we thought we could get over the top of it because they dedicate four people to that press,” Eagles coach Mike Wiederin said. “We took them out of that, and they had to go their half-court stuff, and they’re not used to that. Another thing we did really good with was our 15 turnovers. They typically turn people over 20-25 times a game.”

Lutheran High was not only effective against the press, but also was able to make open cuts inside against the Patriots’ half-court man-to-man defense.

“We gave up way too many easy points in the first half. We were in the press four times and gave up six points, and we gave up six points on the backside block against a backscreen,” Clarkson/Leigh coach Matt Murren said. “We had to make some adjustments, which we did, and defended that much better later on.”

During the third, despite a pair of tie scores at 28 and 32, Lutheran High still held on to a 34-33 lead entering the game’s final period.

That’s when the Patriots’ Ashlynn Novotny put her stamp on the contest. The senior contributed two assists — including setting up 6-foot junior Cassidy Hoffman’s 3-point play to open the fourth and provide Clarkson/Leigh with its first lead since the first quarter — along with 3 of 4 key free throws and a vital defensive rebound that was instrumental in holding off the Eagles’ come-from-behind bid in the final seconds.

“We knew we had to contain Novotny and Hoffman. I thought we did a really good job on them, but Novotny was really instrumental for them at the end,” Wiederin said. “I think the difference was the free-throw line where we made 10 of 22 and they made 15 of 23.

“I thought Becca (Gebhardt, 17 points) stepped up for us a little bit, but we’ve got to have one of our guards step up in those situations to take over the game, and neither one of them really did.”

Other key contributors for Clarkson/Leigh included juniors Kayden Schumacher (16 points) and Hoffman (12 points), as well as sophomore Kennedy Settje, who provided an offensive rebound that turned into a pair of made free throws to tie the score at 40 with a minute and a half left and a steal that became an assist from Kim Stodola to Hoffman for a 43-40 lead just seconds later.

“We went to a big lineup there at the end, and it worked out when we got some deflections and some stops with our length but were still able to stay close to their guards,” Murren said. “We just gutted it out. We had a close game Tuesday night that we lost after being up 19 points and the team came back, so it was important that we respond in a close game and win a close game.”

A long-distance 3 by Mia Wiederin with four seconds left brought the Eagles back to 46-45, but Novotny and Stodola combined for four free throws in the final two seconds to secure the 50-45 win.