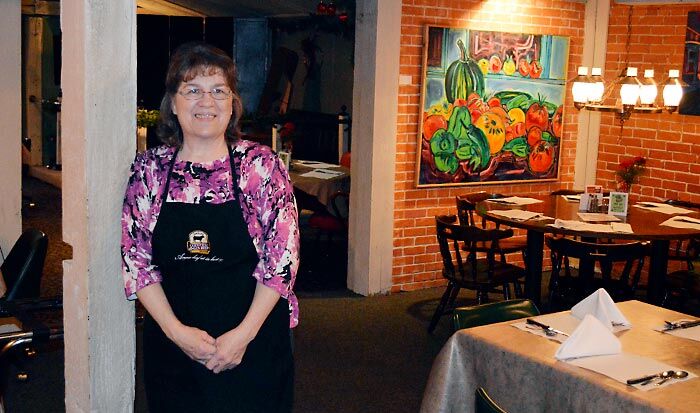 Rosalind Lamson, co-owner of The Uptown, relaxes in the dining room where several scenes from the movie, "Nebraska," were filmed. The table in front of her is where Bruce Dern, Will Forte and June Squibb ate. Behind her is the stage where karaoke was performed. A bathroom scene also was filmed at the establishment. 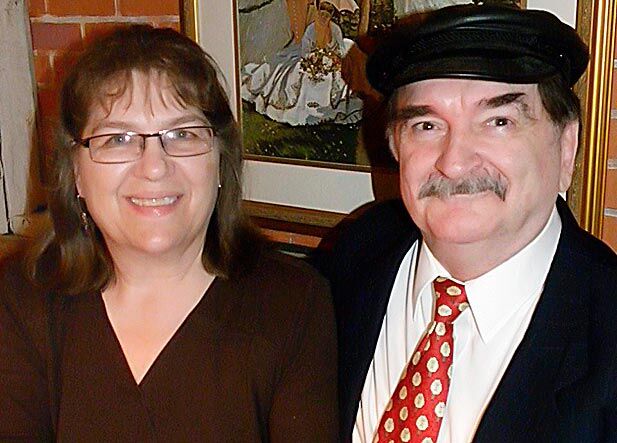 Roz Lamson and Adam Staib married in 2015. They ran The Uptown together for nearly 40 years. 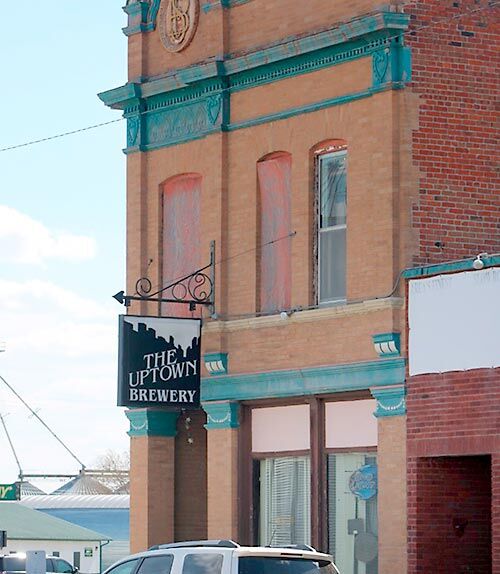 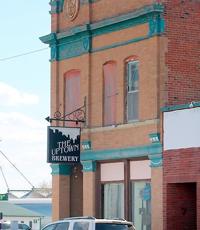 The Uptown Brewery relocated from Norfolk to Stanton in 2001.

Rosalind Lamson, co-owner of The Uptown, relaxes in the dining room where several scenes from the movie, "Nebraska," were filmed. The table in front of her is where Bruce Dern, Will Forte and June Squibb ate. Behind her is the stage where karaoke was performed. A bathroom scene also was filmed at the establishment.

Roz Lamson and Adam Staib married in 2015. They ran The Uptown together for nearly 40 years.

The Uptown Brewery relocated from Norfolk to Stanton in 2001.

According to the people who loved her, Rosalind Lamson was many things.

To her twin brother, Ron Lamson, she was "generous."

Joanne Zautke, her niece, remembered her as "strong."

The Norfolk native, known affectionately as "Roz," died Aug. 13, 2020, after a short bout with pancreatic cancer, but she left behind a legacy treasured in Norfolk, Stanton and beyond over her 70 years of life.

That legacy was The Uptown Brewery and all the lives she changed through it.

When Roz and her future husband, Adam Staib, opened The Uptown on Norfolk Avenue in 1981, neither one of them knew that they would one day show off Claude Monet's artwork or have a scene from the 2013 film “Nebraska” shot within its walls. They had no idea that guests from 42 states and 14 countries would travel over the 40 years and two locations to have a seat at the table. They never would have guessed all the love and support they would feel from their employees, regulars and community.

But they did it all for Roz.

"Roz and I had a love affair that went out to people," Staib said.

In general, Roz, a veteran of the restaurant industry, had one goal in mind: Create a welcoming familial environment in which to serve delicious, organic and locally sourced food.

Staib said he and Roz, after opening with the help of his nephews, Michael and David Gates, strove to make the workplace inviting for employees, coming out with an attitude of "flexibility" toward them. That was especially evident to Cardenas, one of The Uptown's first employees, who said Roz was like a mother to young staff members.

"She was a mother to so many teenagers who walked in that door and needed someone to uplift them and train them to do the best that they could do," she said. "There were so many that were impacted because of her, the way she treated people and the excellence in which she carried herself."

Joanne Zautke, Roz's niece, echoed that sentiment, saying Roz "was more like a mom than an aunt" to her. She looks forward to seeing old friends and coworkers at this week’s celebration of life and reflecting on the type of person her aunt was. The celebration of life will be at 2 p.m. Friday, May 7, at Home for Funerals Chapel, 708 Georgia Ave, in Norfolk.

"Everyone's loyalty still lies with Roz," Zautke said. "She was a really nice person. That's just what she did for people."

Roz's nature and culinary ambition dates back to her teenage years, one of her high school friends attests. Duane Wolff went to Norfolk High School with Roz and, as the owner of Wolff Farms, The Uptown's organic produce supplier, he got to see how the top chef and caring community member went hand-in-hand.

"She didn't put anything on the plate that wasn't top quality. It was her expression as an artist," Wolff said. "She always knew you ... (and) she would always take time to say hi."

To her twin brother, Ron Lamson, Roz was "unique." As they grew closer as adults, he said it soon became a "compliment" to be asked if he were Roz's twin.

That extended to his daughter, Kautze, who looks back on a life filled with memories.

"My greatest compliment is that I emulate her," she said.

Roz's life was intertwined with The Uptown. Even when the restaurant moved to Stanton in 2001, her magnetic personality drove flocks of fans to continue to patronize it.

Even though the restaurant closed in-door dining because of the COVID-19 pandemic, the legacy of that Northeast Nebraskan culinary pioneer is continued. Staib is focused on continuing the business and shining a spotlight on her memory, despite the sadness of the situation.

"For now, we're just translating the sorrow into a legacy," he said.

If you wish to express your thoughts and condolences, they may be expressed to the family online by commenting on this story at norfolkdailynews.com or her obituary at www.homeforfuneralsinc.com.