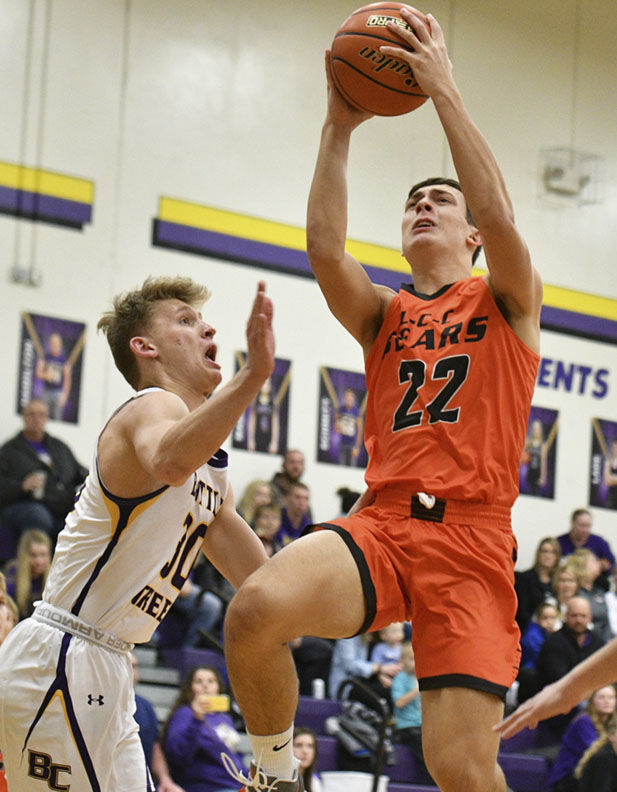 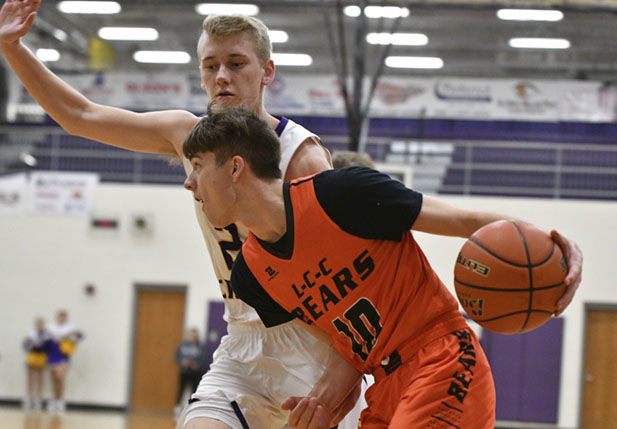 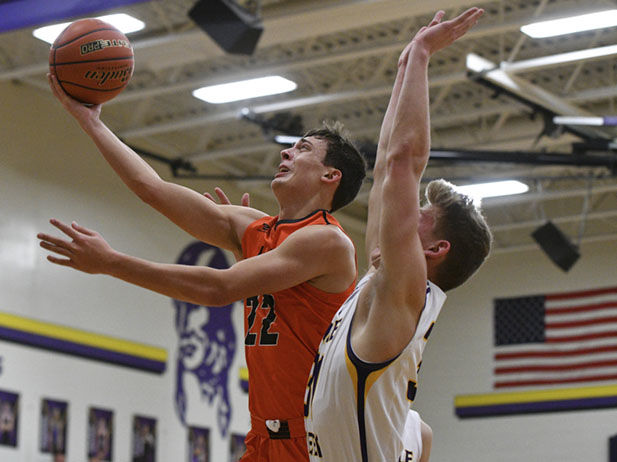 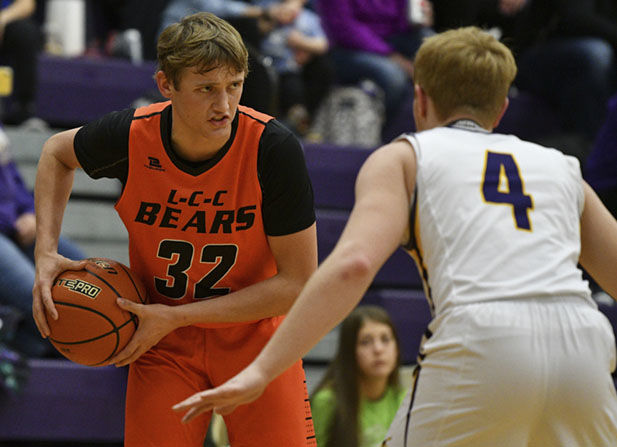 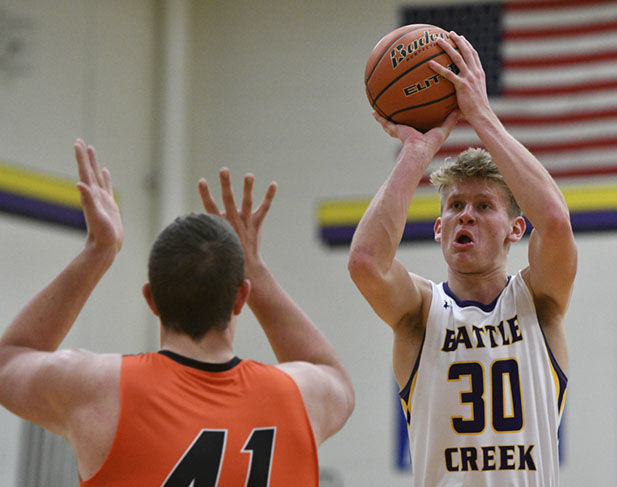 BATTLE CREEK — Laurel-Concord-Coleridge may have looked different from its first 14 games this season, but the result sure looked familiar.

Behind another big night from senior Noah Schutte, the orange-wearing Bears crushed their way to an 18-point lead with almost 6½ minutes left in the first half, and then LCC put away host Battle Creek in the fourth quarter for a 63-43 victory in non-conference play Thursday night.

“In the big games, it seems like we're more focused and know what we're here to do,” Schutte said. “This was a huge confidence booster for us. … We knew this was going to be tough, and we got it done.”

“That's a great spot to be, a great gym to play in,” LCC coach Todd Erwin said. “I love playing in those small gyms. It's a neat atmosphere for the kids, for the opponents, and they're a great team, too. It's going to be a great matchup for Northeast Nebraska.”

Schutte was perfect in the first half, making all nine field-goal attempts and his lone free-throw try for 21 points. He pulled down 11 rebounds in the second half alone while finishing with game-highs of 29 points on 12 of 15 field-goal shooting, 16 rebounds, six steals and two blocked shots.

The 6-foot-4 senior scored 16 points in the first quarter alone when LCC blazed its way to a 17-point lead, capped by Schutte drawing a foul on an off-balanced 3-pointer and then sinking the and-one free throw for a four-point play with 2.7 seconds left for a 26-9 advantage that was fueled by a 1-2-2 press.

“We knew we had to defend Schutte,” Battle Creek coach Matt Rudloff said. “We wanted to make it hard for him, and we didn't follow the game plan that first quarter, and he had 16. From there on out, we put a little bit more quickness on him, and maybe lacking a little bit of size, but that probably ended up helping us that way. But he made it up on offensive boards.”

In addition to Schutte, sophomore Evan Schmitt chipped in 11 points on the night, including a trio of 3-pointers, and senior Ty Erwin added 10.

“We've been doing this new offense, five out, to cut and move more and get guys more open shots,” Schutte said. “We've been able to knock them down lately, which really helps.”

Kraft and Luke Stueve finished with a team-best 12 points, and Kraft had a team-high eight rebounds. Oltmanns hit three 3s for nine points, and Dylan Mettler dished out a game-high six assists. Outside of Oltmanns, the Braves were 1 of 11 from deep — which only epitomized how much the team struggled offensively: Battle Creek shot just 30.4% (14 of 46) from the field, including just 10 of 32 inside the arc.

“We just couldn't find scoring ourselves,” Rudloff said. “We need to feed our posts a little bit more and we struggled getting it in to them.”

After stretching the gap to 18 on a Schutte 3-pointer with 6:28 left, the Braves got to within 33-22 after a Chase Oltmanns 3-pointer with two minutes left in the first half.

LCC grabbed the momentum just before halftime, however. After a Schutte jumper with 53 seconds left, he stole a cross-court pass in front of his team's bench, fed the ball to Evan Schmitt, who found Cael Hartung inside the lane. Hartung squared up as he caught the ball, and with a defender behind him, Hartung threw the ball up behind his back, and it went through the rim as the buzzer sounded for a 37-22 halftime lead.

Battle Creek made one push in the second half, climbing to within 38-29 following two Slate Kraft free throws with 4:56 left in the third quarter.

However, the Bears held the Braves without a field goal for 6:09 of the third quarter, and that was enough time for LCC to more than double its lead following a 10-0 run that included a pair of Schutte baskets and an Evan Haisch 3-pointer that momentarily pinballed on the rim before dropping through.

“The last few games, we've felt it out a little bit, and we just didn't buy in, and (this game) we said, 'we're just throwing it all in as soon as the horn goes,' ” coach Erwin said, “and typically, that's when we have our best games.”