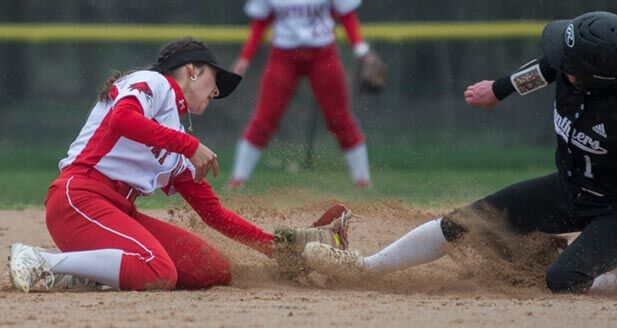 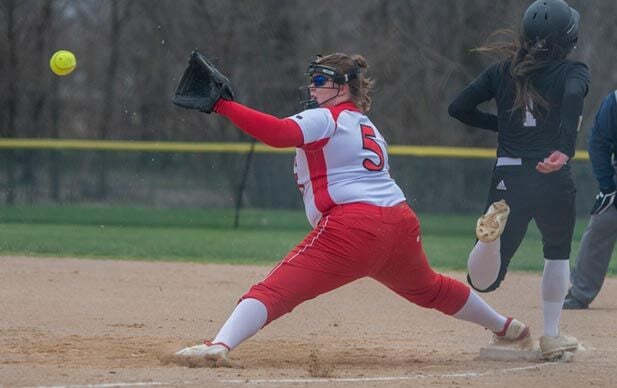 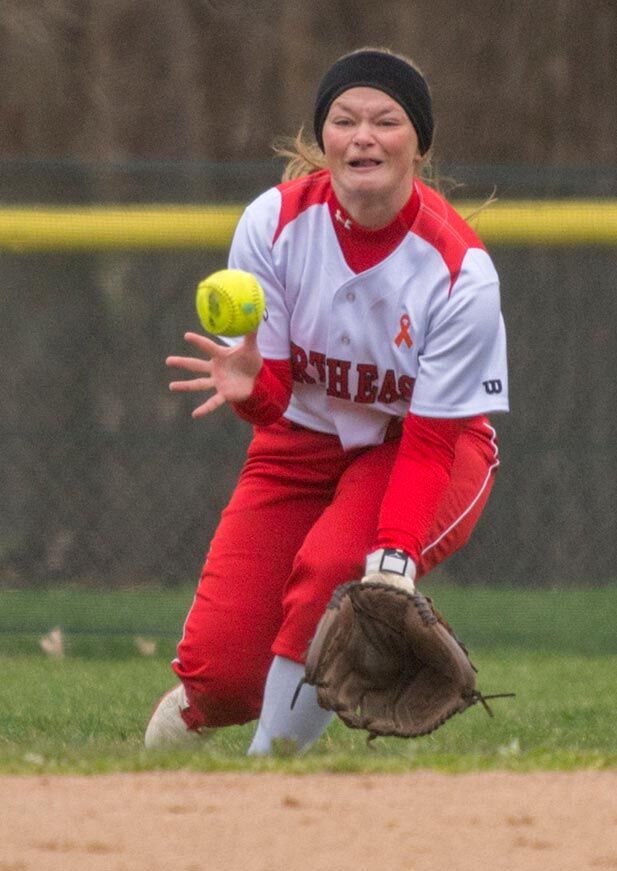 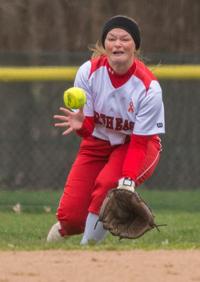 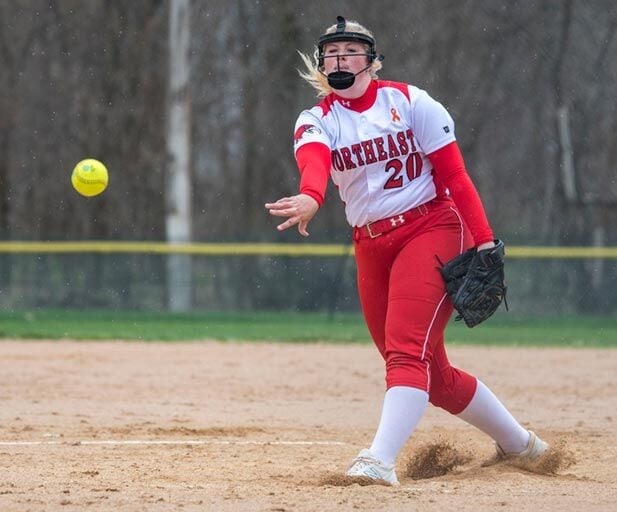 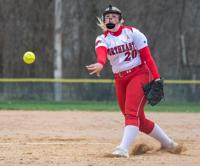 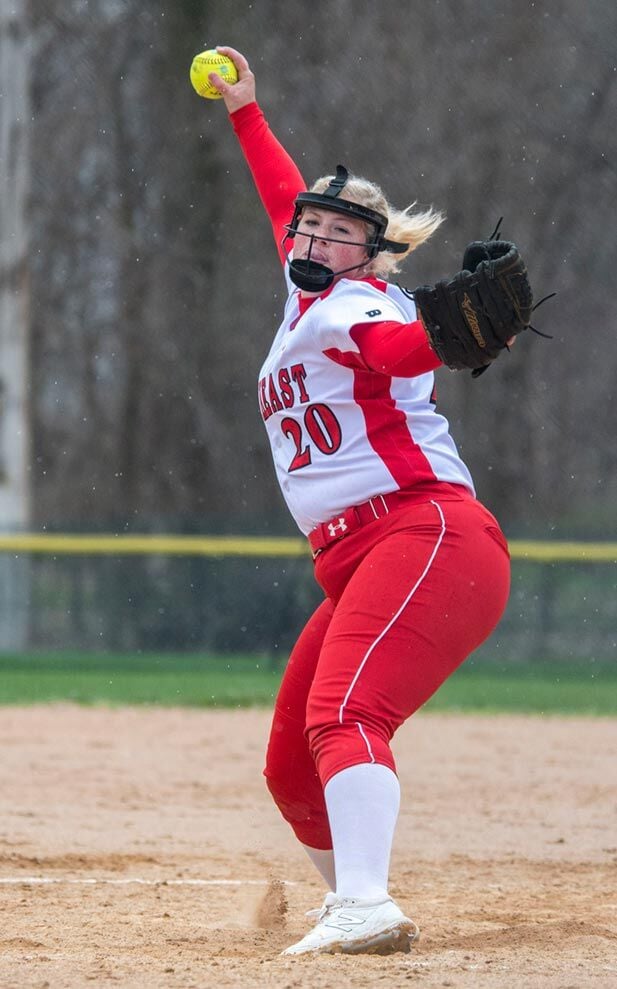 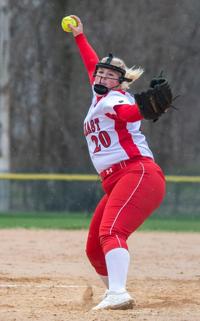 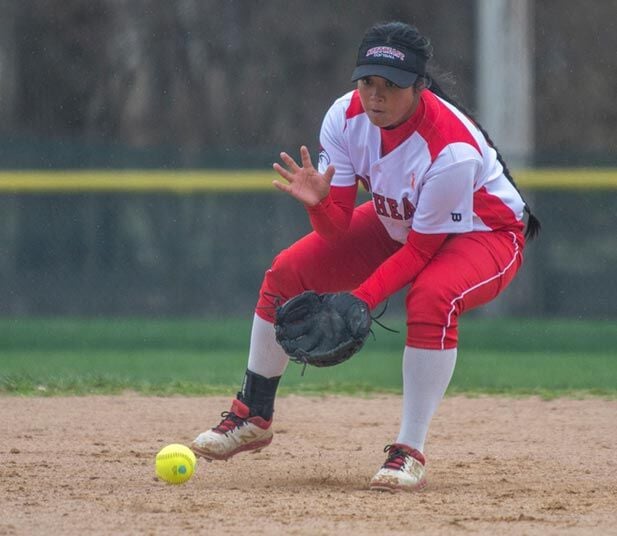 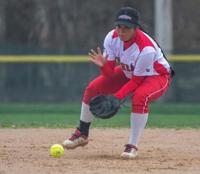 Those bad things hit the Hawks early. In the first inning of game 1, a double and errors by Alondra Martinez and Abby Balfour loaded the bases with just one out. Starting pitcher Kierra Stewart was able to induce the next batter into a fielder’s choice, and it seemed as though things were starting to get easier.

That relief didn’t last long. Mya Mathes, the next batter up, drove in two runs on a single and another run scored after Stewart committed a throwing error.

As the game continued, the Hawks cut down on the errors, but the long ball became their new enemy. Chelsea Buck and Gintare Paskocimaite combined for three in what ended up being a dominant win for Ellsworth.

Northeast hoped for smoother sailing in game 2 but didn’t get that. Instead, Stewart found herself with runners on third and second with two outs in the first inning and Ally Sparks coming to the plate.

Stewart was able to get the Ellsworth catcher into a 2-2 count. However, Sparks sent her next pitch over the left-field wall for a home run to make it 3-0.

In the second inning, Stewart ended up in another jam, this time with the bases loaded and two outs. Gwen Hovorka hit a bloop into shallow right field that scored two runs and effectively opened the floodgates again. The Panthers went on to score eight runs in the inning and added five more before the day was over.

Woodhead cited a general lack of energy as the thing that hurt the Hawks most. It seemed most prominent with the fielding errors and the hanging pitches that Ellsworth used to put up six home runs over the two games.

The Hawks have now lost 14 of their last 18 games and sit second to last in the ICCAC standings with one month left in the regular season. Although it’s a tough spot, Woodhead believes that the team can not only claw its way out, but stand to benefit.

“We’re in a tough conference and the nice thing about the spot that we’re in is that people are gonna start overlooking us,” Woodhead said, “So if we can figure out why we want to be here, our desire to be here, we might take a game or two from one of those ranked teams or any team from here on out. We still have a lot of season left.”

The Hawks won’t have to wait long to wash the taste of these defeats away. They’ll travel to Cedar Rapids, Iowa, for a pair of doubleheaders against Kirkwood, the eighth-ranked team in the NJCAA. The first will start Saturday at 1 p.m. while the second starts Sunday at noon.

After a sluggish start, Kearney's girls tennis team stepped on the gas pedal and never let up on its way to an 8-1 victory over Norfolk on Friday at the tennis courts southeast of the high school on 4th and Elm.

BATTLE CREEK — High school athletes each have their go-to snacks and food that they must have around competition, whether it is protein bars, granola bars, apples, bananas or peanut butter.