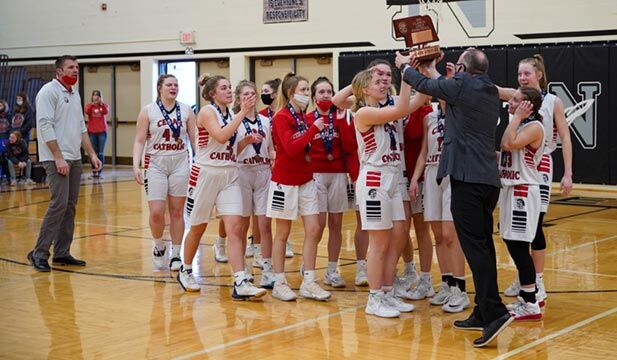 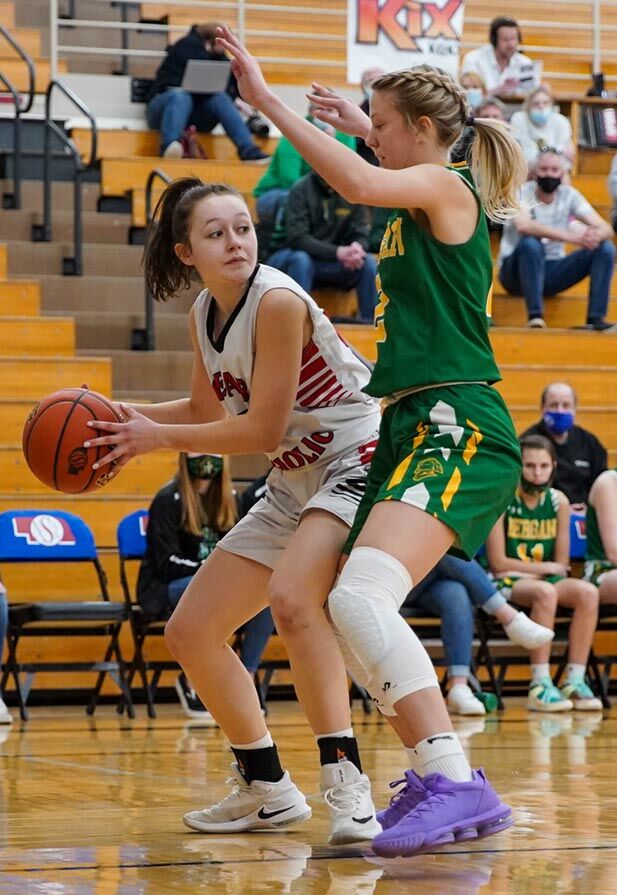 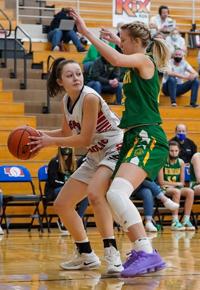 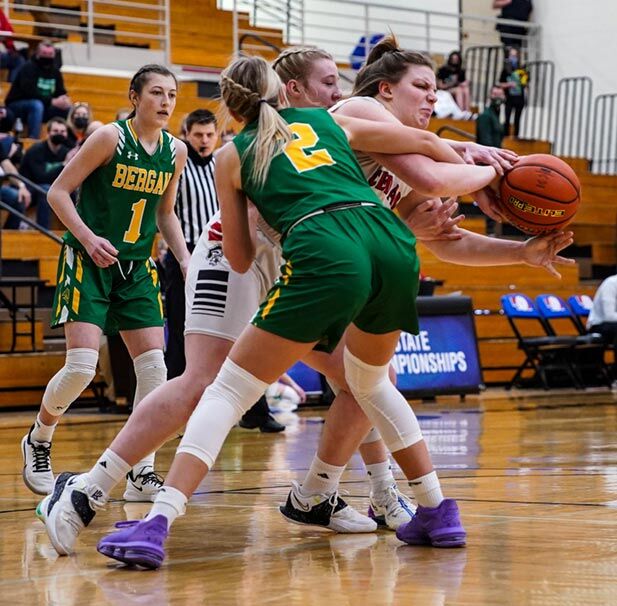 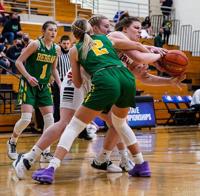 Brooklyn Kuehn of Hartington CC fights off the Bergan team for a rebound. 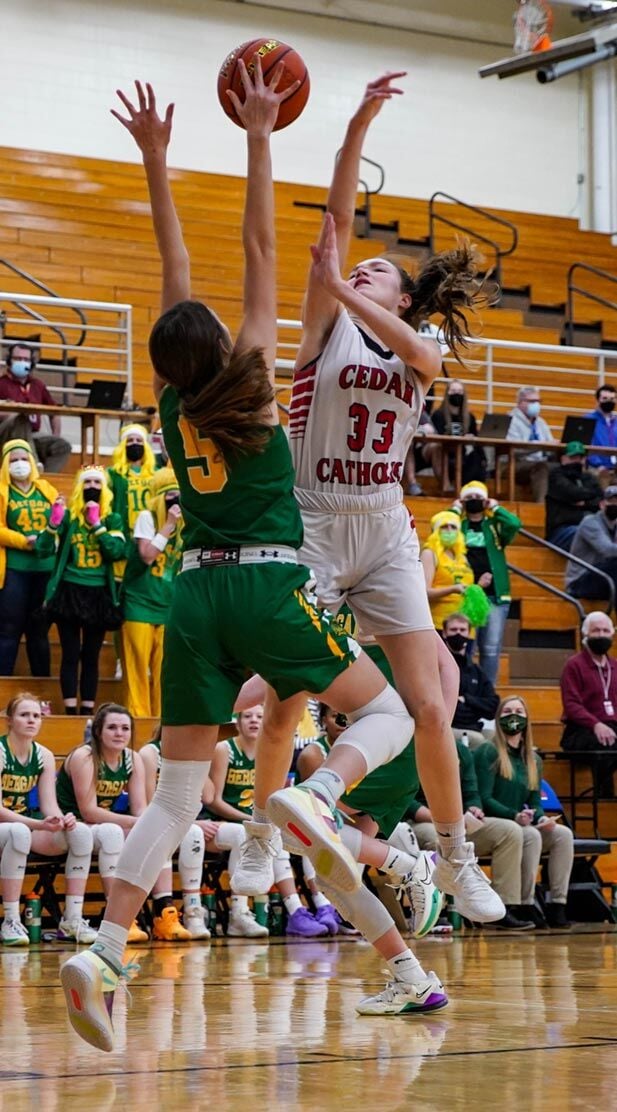 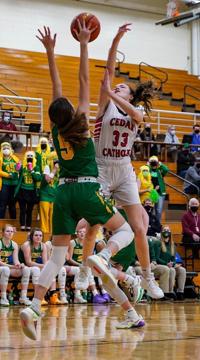 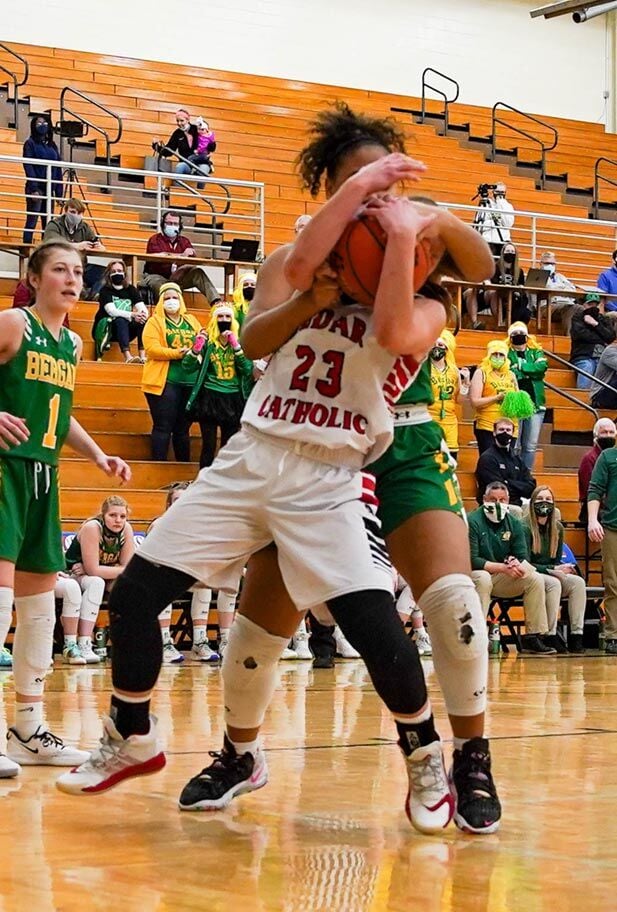 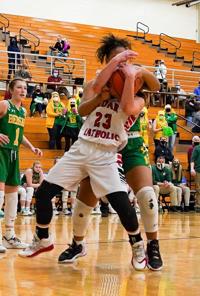 Magan Heimes of Hartington CC fights for a rebound 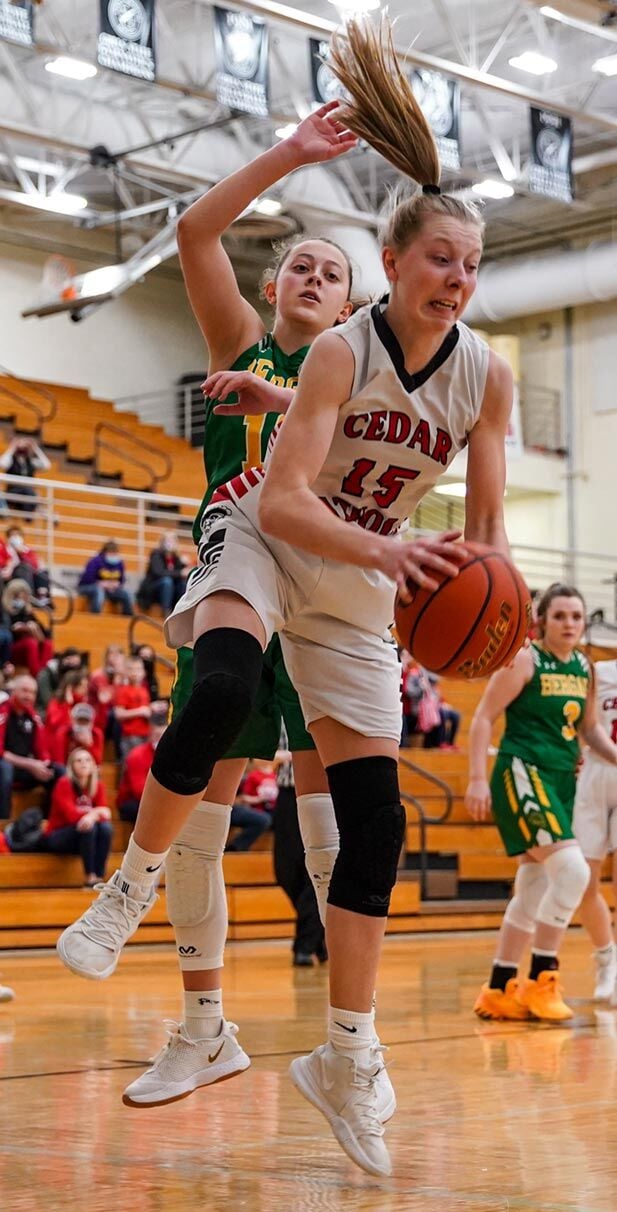 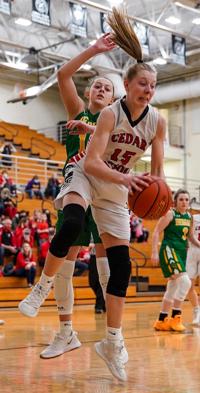 Laney Kathol of Hartington CC gets a rebound 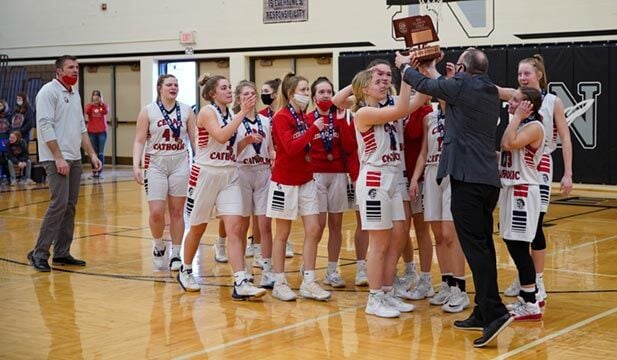 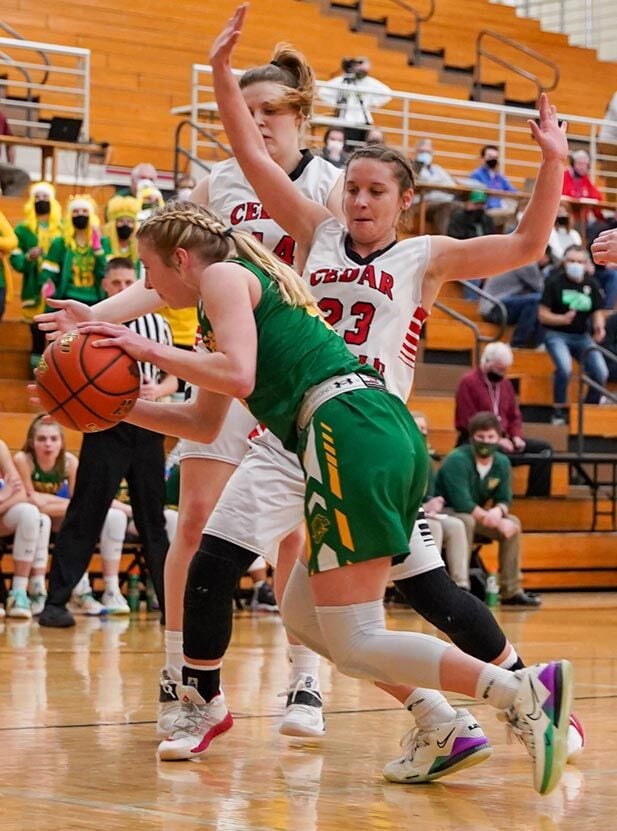 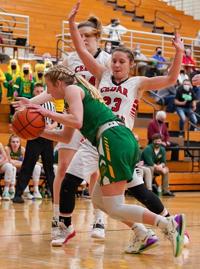 Brooklyn Kuehn of Hartington CC fights off the Bergan team for a rebound.

Magan Heimes of Hartington CC fights for a rebound

Laney Kathol of Hartington CC gets a rebound

Cedar Catholic got off to a sluggish start and was down 32-18 at the end of the third quarter, but the Trojans nearly pulled off a fourth-quarter comeback.

“Like I said, we played much better the second half,” Cedar Catholic coach Craig Wortmann said. “I knew if we could get some shots to fall, we could turn things around.”

Brynn Wortmann, who battled foul trouble most of the game, was back on the court and hit a 3-pointer with 7:32 on the clock to make it 32-21, before Brooklyn Kuehn canned a pair of free throws to make it 32-23.

Another Wortmann 3-pointer off a screen at the top of the key made it 32-26 and the Trojans added another charity toss, this one by Cadyn Uttecht, to make it 32-27.

Cedar Catholic would get back to within five with 37.2 seconds left on the clock when Laney Kathol went coast-to-coast with a rebound to make it 36-31, but the Trojans would get no closer and the game ended with the 40-31 final.

To start the game, the Trojans jumped out to a 5-0 lead, but Bergan responded to go up by double-digits before the Trojans’ valiant second-half comeback effort.

“We had a good start,” coach Wortmann said. “But we had an awful first half.”

After Brynn Wortmann splashed a 3-pointer just 40 seconds into the game, teammate Jordyn Steffen drove the lane with 7:06 left in the first to go up 5-0.

Unfortunately, things went a bit downhill from there for the Trojans in the first half.

The Knights came back to get the lead by the end of the first quarter 11-7 and doubled it by the intermission 24-16.

In that second quarter, Brynn Wortmann picked up her fourth foul with over 2:30 left in the half.

“That was bad,” Craig Wortmann said. “We couldn’t get her out of the game in time, and she picked up another one before play stopped.”

It was one of those unavoidable moments.

Wortmann had been fouled herself with 3:55 left in the half and then picked up her third some 30 seconds later, Bergan stole an inbounds pass and she was called for a foul as the Bergan player scored a basket.

Take in the disappointment of the previous night’s disappointment in the D1 semifinals that witnessed Cedar Catholic losing to Weeping Water by a single point in overtime, and one might imagine it was going to be a long day against Bergan.

Wortmann played sparingly in the third quarter as the supporting crew had difficulty finding the basket.

“We just struggled to score for a while there,” Craig Wortmann said.