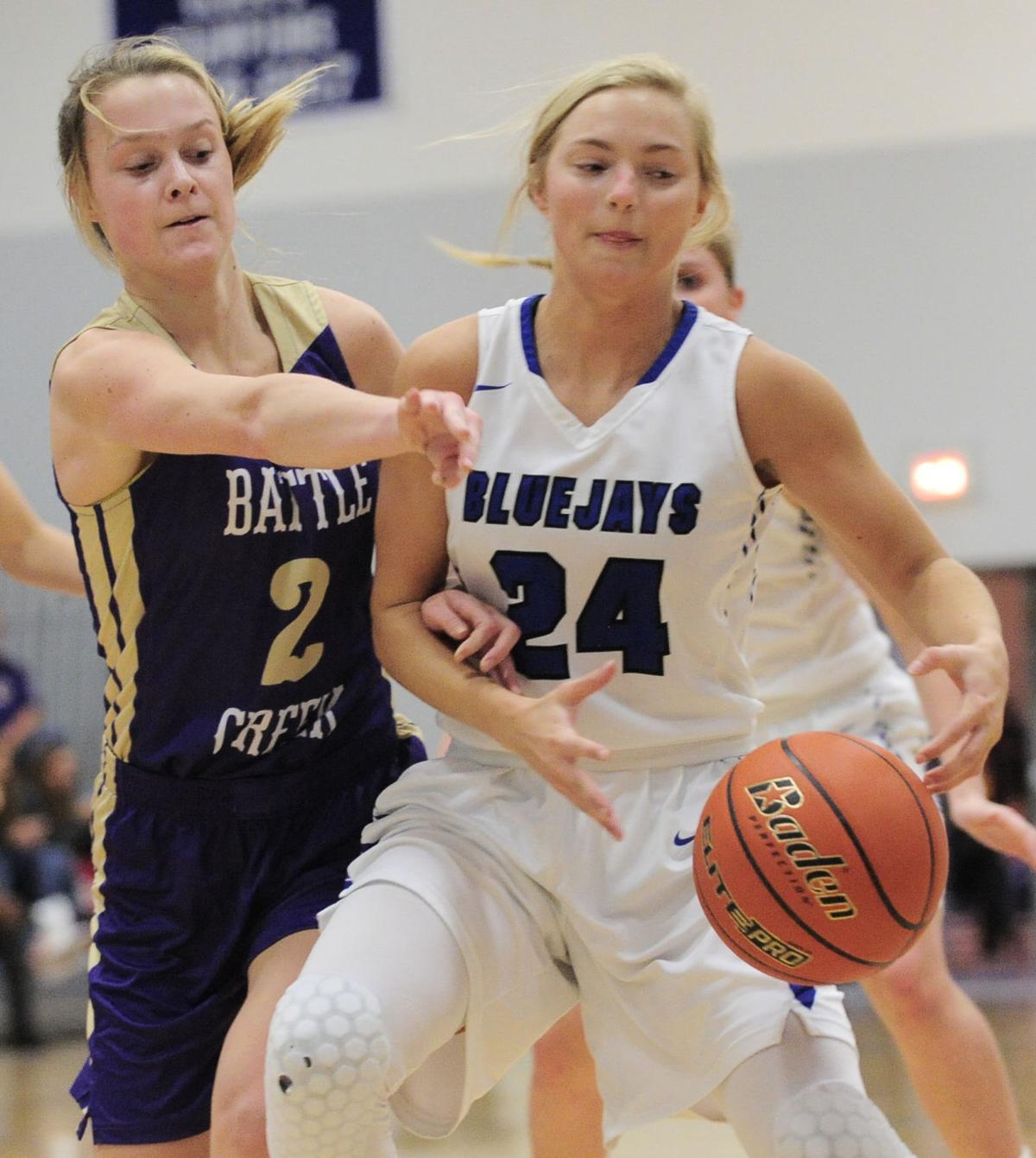 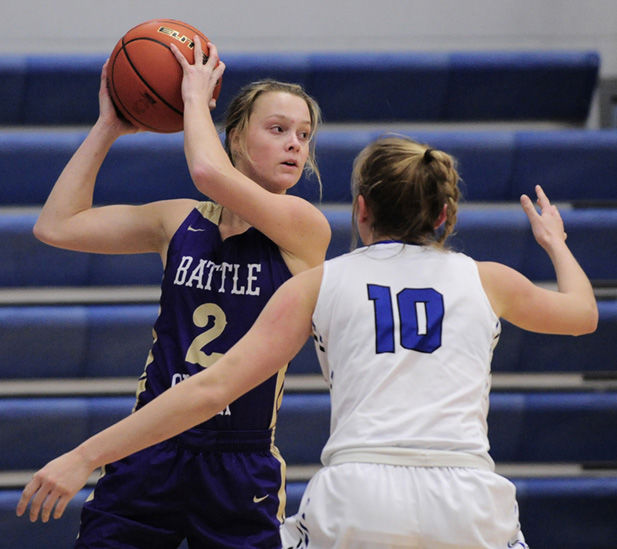 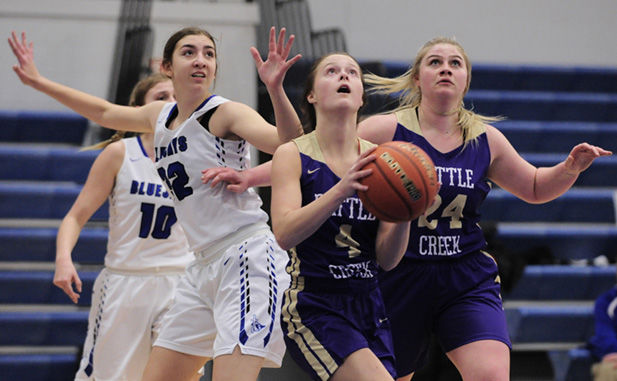 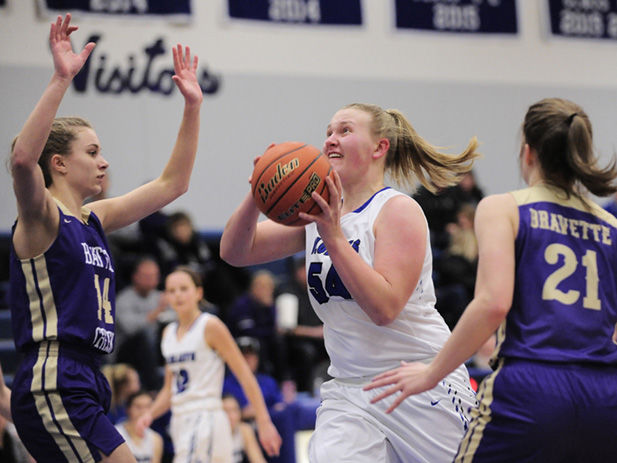 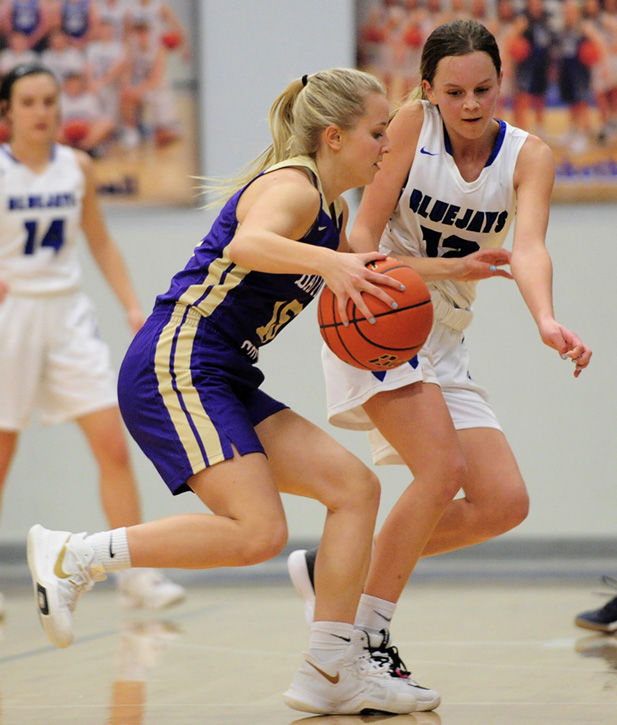 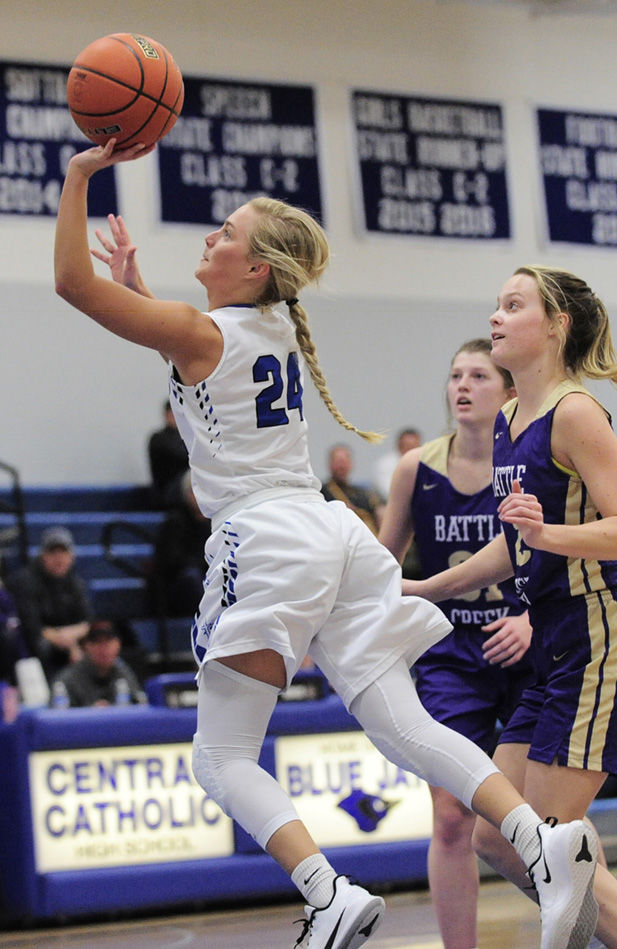 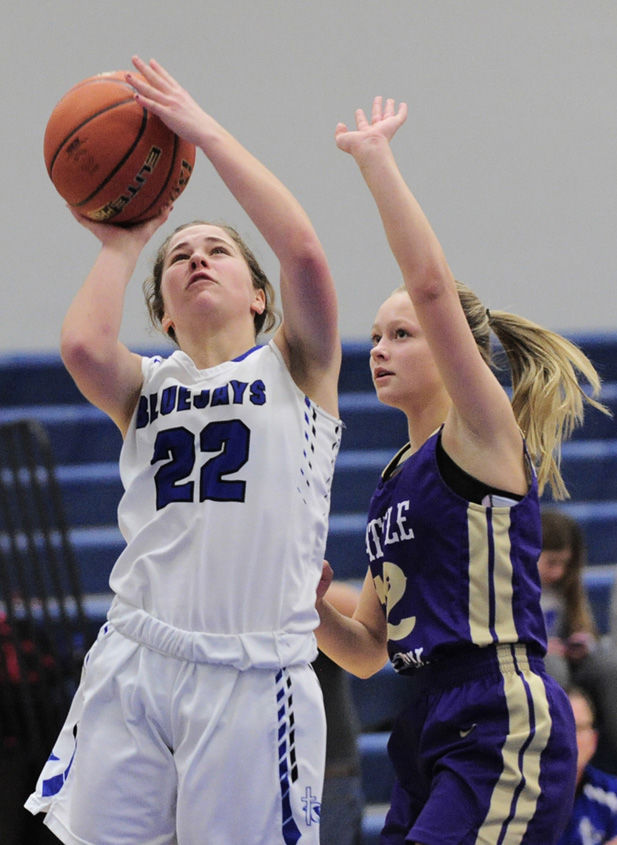 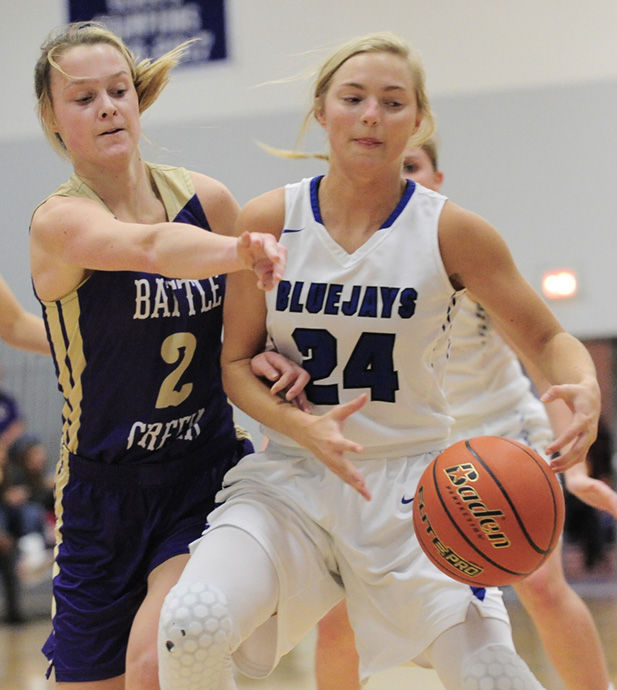 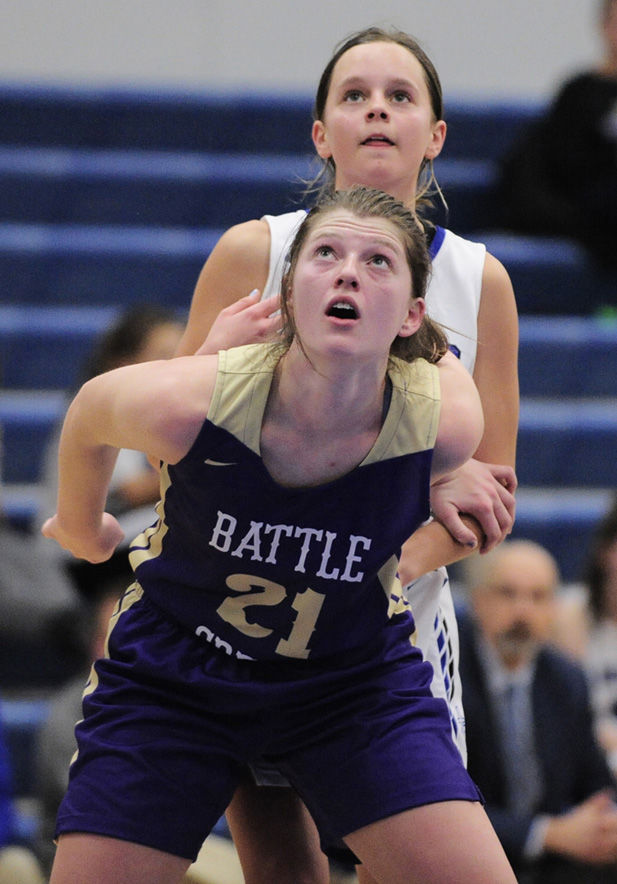 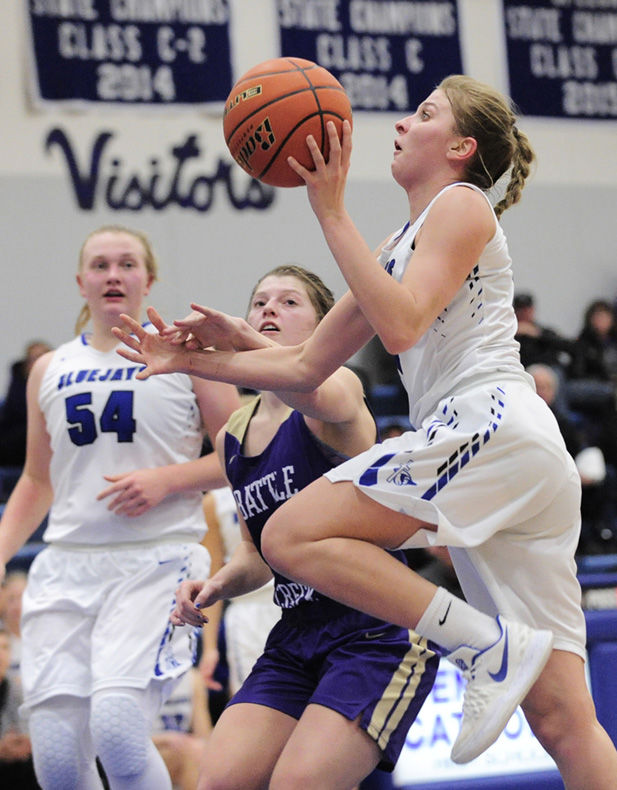 “Battle Creek is always hard to play,” Guardian Angels coach Jerry Stracke said. “They create a lot of matchup problems with their speed and quickness. We just wanted to make sure we got in the half-court game. Transition defense was huge.”

GACC controlled the game from the middle of the second quarter, on, but in the early going, it was all Battle Creek.

The purple and gold opened the contest by controlling the boards and jumping to a 9-1 lead before the Bluejays cut it to 14-8 after one.

It didn't take long for GACC's Brenna Rief to take over in the second quarter. The junior guard hit back-to-back 3-pointers in the first minute to tie the game.

“My teammates were making good passes,” said Rief, who scored 14 of her game-high 26 points in the second quarter. “The game plan was to make sure we get good shots, pass around the ball, make them work.”

Paytyn Taake's steal and layup gave the lead back to Fightin' River, but another 3-pointer, this one from Marissa Hunke, put the Bluejays in front for good at 17-16

GACC led by as many as seven in the second quarter before the Bravettes cut it to two, late. Bailey Hurlburt's basket made it 27-25.

But just before Hurlburt's bucket, BriAnna Zohner was whistled for her third personal foul, forcing one of the Bravettes' top scorers to the bench.

“BriAnna is a very good player for us and it doesn't do us any good when she's sitting next to us on the bench,” Battle Creek coach Seth Montag said.

GACC countered with three baskets off Battle Creek turnovers in the final minute and 20 seconds — two from Rief and one from Brynn Baumert — to go up 33-25 at halftime.

“We told the girls before the game, we have to take care of the ball because they key off those turnovers,” Montag said.

“Our defense leads to our offense,” said Stracke. “When you really think about it, we're very similar to Battle Creek because we both rely a lot on our defense and transition game.”

Trailing by eight at halftime, Battle Creek roared into the third quarter with a 6-2 run, quickly cutting the Bluejay advantage in half. Riley Seifert assisted Paytyn Taake to make it 35-31 at the 5:30 mark.

GACC followed with an 8-1 run of its own. Kate Gnad's 3-pointer put the Bluejays up 44-32 with a little more than two minutes to play in the third.

Guardian Angels maintained its double-digit lead until two Madaline Taake free throws cut the advantage to 53-45 with 3:28 to play.

But the Bluejays were able to maintain at least a three- possession lead the rest of the way thanks to clutch free throw shooting by Baumert, Rief and Sophia Hass.

“We had a lot of turnovers that we kind of cleaned up in the second half,” Stracke said, “So I thought maybe that was the big difference tonight.”

Guardian Angels improved to 13-2 and hosts O'Neill on Friday. With the loss, Battle Creek dropped to 10-5 and host Class D No. 7 Laurel-Concord-Coleridge on Thursday.

West honored as Norfolk Area Person of the Year

We all have been given a gift. It’s how we choose to use it that matters.

Each year anywhere from eight to 11 Northeast and North Central Nebraska girls basketball teams qualify for the state tournament.