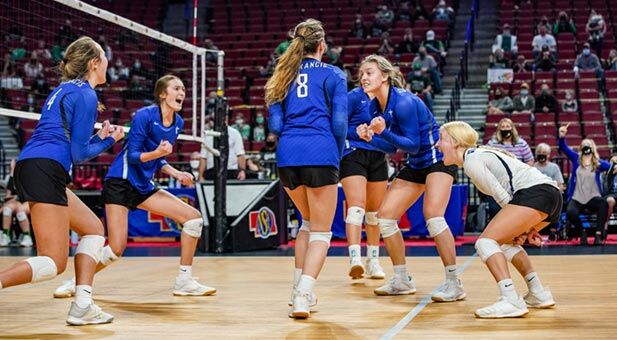 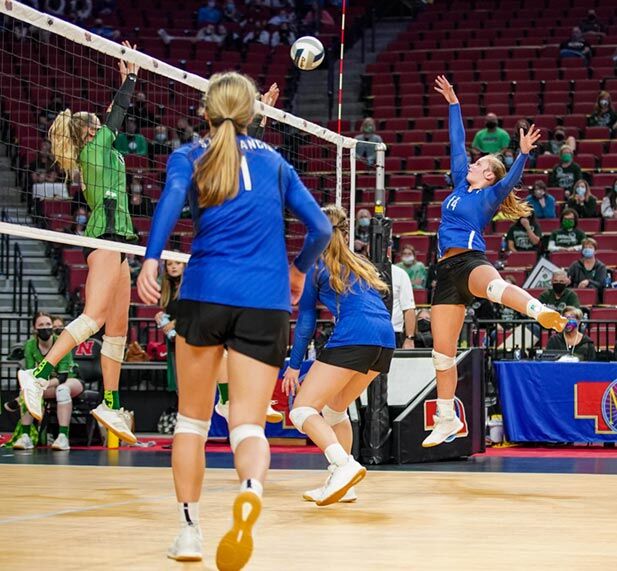 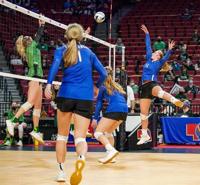 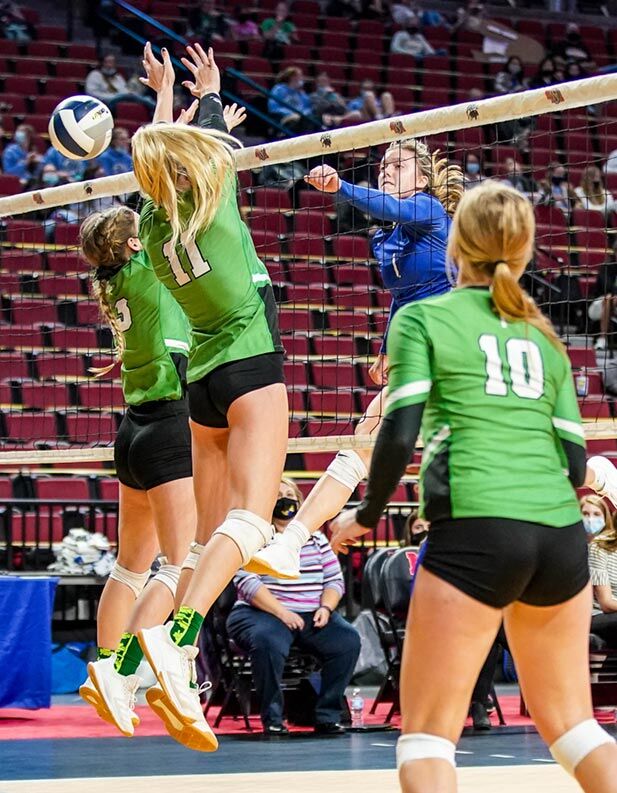 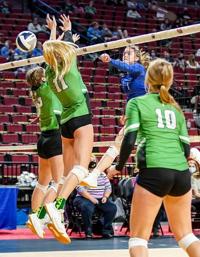 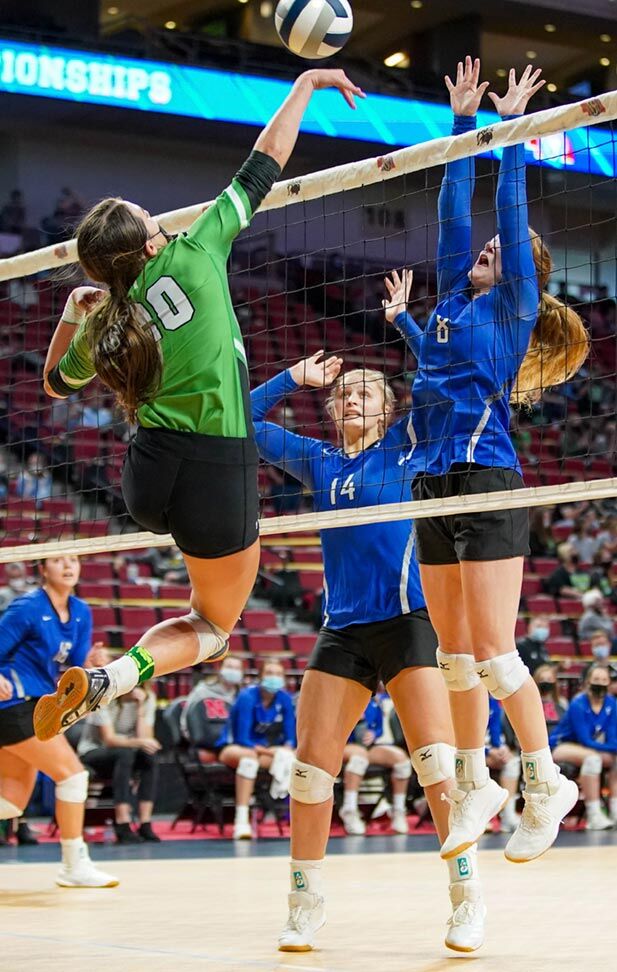 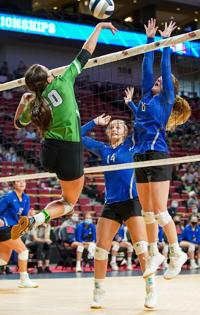 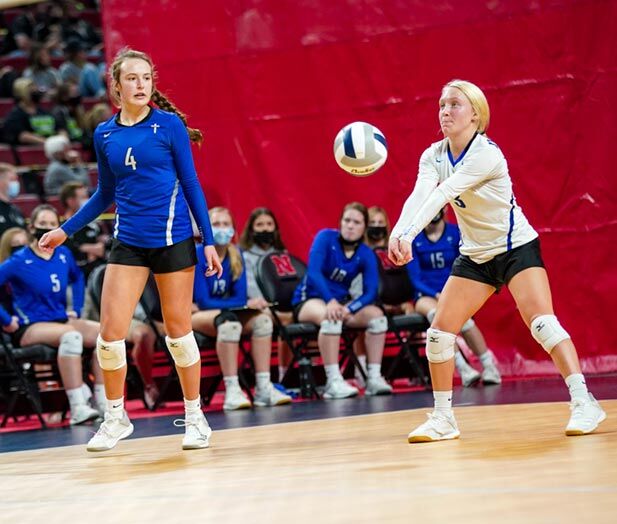 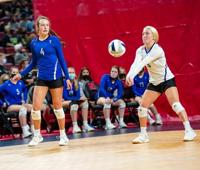 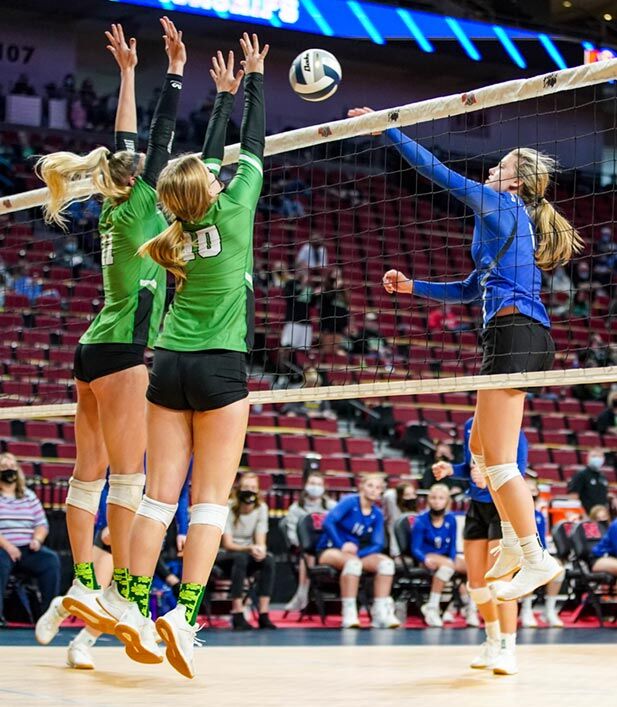 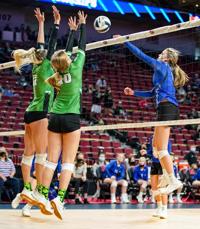 "They were a great defensive team," St. Francis coach Tammy Classen said. "They reacted to a lot of shots that were usually winners for us so that was a huge adjustment."

Classen was sitting in for head coach Dean Korus, who was sidelined because of COVID-19-related issues.

The Flyers made it tough on the Irish and survived three match points before falling by the 25-23 score in the fourth.

The run started for the Flyers with a second-shot kill before Allison Weidner hit back-to-back ace serves to gather momentum.

“We seemed a little down at times, but we got things going to try to get back in the match,” Classen said. “We responded but just came up a little short.”

Tessa Deets hit a winner and Kylee Wessel slammed a shot down the line to make it 18-17, forcing Irish coach Emma Ebel to call timeout.

Humphrey St. Francis came out of the break and took its first lead in the set after a pair of FCSH hitting errors made it 19-18, Flyers.

“It seemed like we were playing catch-up the entire match,” Classen said. “We would make a play or two, then give up a play or two — this was an even match.”

Erison Vonderschmidt was the equalizer for the Irish, finishing the match with 29 kills, and she tied the score 19-19 with one of the 29 and later blocked a Flyer spike at the net to make it 21-19 for FCSH.

Kaylee Stricklin won a joust at the net for St. Francis to make it 21-21, but Vonderschmidt’s 29th winner and another Irish block had the Flyers trailing 23-21.

The lead grew to 24-21 before Stricklin hit a kill and stuffed a back-row spike attempt by Vonderschmidt to make it 24-23.

A St. Francis hitting error finished the set and the match.

In the opening set, Kylee Wessel hit a kill off the FCSH block to break a 21-21 tie.

The lead grew to 23-21 when the Irish were called for a double hit.

A block by Vonderschmidt and an error by the Flyers forced Schrage to call timeout, but Weidner saved the set when a back-row kill went off the hands of the Sacred Heart block.