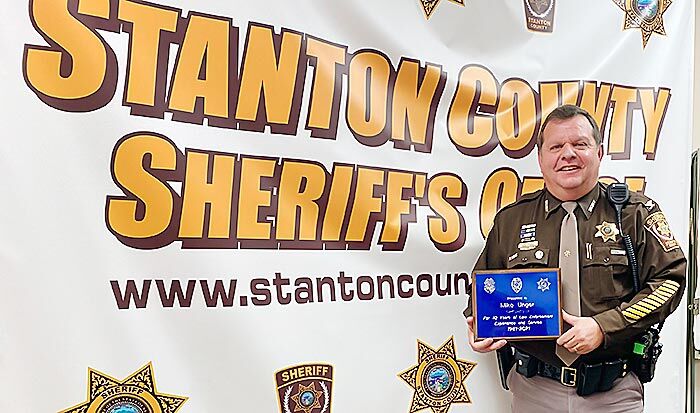 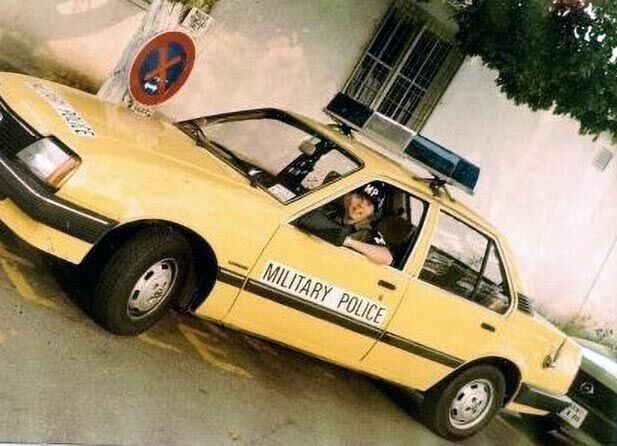 MIKE UNGER SERVED in the U.S. Army Corps in West Germany in the early 1980s, where he drove a German Opel police car. 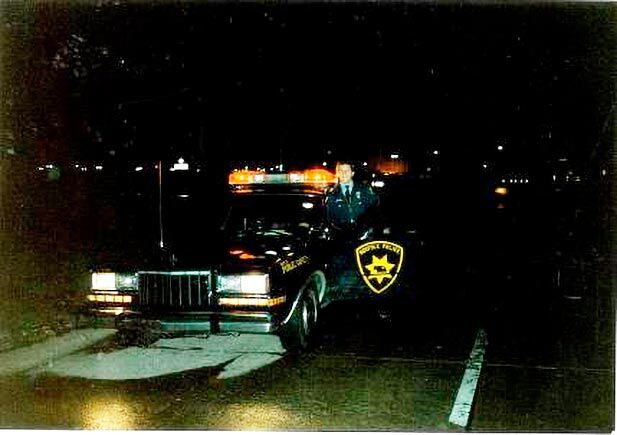 MIKE UNGER PATROLLED traffic at the King’s Ballroom fire in Norfolk in 1986 when he served on the Norfolk Police Division.

MIKE UNGER SERVED in the U.S. Army Corps in West Germany in the early 1980s, where he drove a German Opel police car.

MIKE UNGER PATROLLED traffic at the King’s Ballroom fire in Norfolk in 1986 when he served on the Norfolk Police Division.

STANTON — A thought that often passes through Mike Unger’s mind is how much the law enforcement occupation has changed through the course of his four decades in the profession.

The Stanton County sheriff reached 40 years serving in law enforcement earlier in October, and he plans to continue serving as the county’s highest ranking law enforcement official if he’s reelected in 2022.

Unger began his law enforcement career in 1981, when he served in the U.S. Army Military Police Corps in West Germany during the cold war. Following his honorable discharge from the military, Unger spent time with police departments in Norfolk, Stanton and Schuyler.

He joined the Stanton County Sheriff’s Office in 1987 as a deputy, was promoted to chief deputy sheriff in 1989 and took the reins as sheriff in 1993. He’s served in the same position since.

“I grew up in the 1960s with the John Wayne war movies and things like that, so I always wanted to be a soldier,” Unger said. “But I started thinking about what I wanted to do later in life where I can get that kickstart, and I just thought (law enforcement) would be something I’d like to try.”

He said the job, albeit difficult, has been “extremely rewarding.”

The profession has changed in various ways, Unger said — both positively and negatively. Some of the biggest changes, he said, have been with technology and equipment, patrol cars, the justice system and the way officers are perceived.

In the 1980s, Unger said, officers had to use single-channel radios to communicate with dispatchers and other officers. Those radios were more like “bricks” than a communication device, he said. Now, multi-channel, digital radios are available to every officer.

RK-55 radar units would be attached to cars’ dashboards with a bungee cord but have since been made handheld accessible through dual band radars.

Something Unger misses about early on in his career is being able to drive Dodge Diplomats and Ford Crown Victorias that most American law enforcement agencies used through the latter part of the 20th century.

“It’s not that the modern cars — the Dodge Chargers, Ford Interceptors and SUVs — aren’t good, but there was nothing like a Dodge Diplomat or a Ford Crown Victoria in my mind,” Unger said. “They weren’t the fastest things in the world, but they didn’t have to be; they were very reliable, they were workhorses.”

Dodge Diplomats were phased out of law enforcement beginning in 1986, while Ford Crown Victorias were replaced starting in 2011.

Although Unger reminisces about the days he could drive Diplomats or Victorias, traffic pursuits over the past two decades have changed for the better.

Before spike strips and other tactical vehicle interventions became available, Unger said, law enforcement officers wouldn’t be able to conduct a traffic stop until a suspect either voluntarily stopped or crashed the vehicle.

Additionally, most officers would walk around armed with PR-24 batons, which have mostly been replaced with Tasers.

Equipment has changed the profession immensely, Unger said, but there are factors that make the job a struggle at times.

The sheriff said that respect for law enforcement was much more existent when his career began and that “cancel culture” has changed the public’s perception.

“Social media has created a domino effect. Any time an officer is accused of doing something bad, people are all too quick to blame every officer,” Unger said. “The only thing we can do is hope that the culture surrounding law enforcement changes to a positive one.”

Hiring law enforcement officers has become increasingly difficult as time has passed, the sheriff said. Most of Stanton County’s eight full-time deputies don’t have ties to the area, and recruiting deputies can be a difficult process.

Other law enforcement partners in the area also have endured a significant decrease in the number of officer applications when openings become available, according to Unger.

“It’s hard to find people who want to make that commitment, and a lot of it has to do with how we’re attacked,” he said.

Unger has been at the helm of Stanton County’s only law enforcement agency for the past 28 years and intends to run for one more four-year term, which would begin in 2022.

“It’s a rewarding profession, and I’ve enjoyed most of it,” Unger said. “Most people within a 50-mile radius of (Stanton) have heard something bad about me, but it won’t stop us from doing what we’re told to do.”