Despite so many failed predictions, new ones of climate change continue 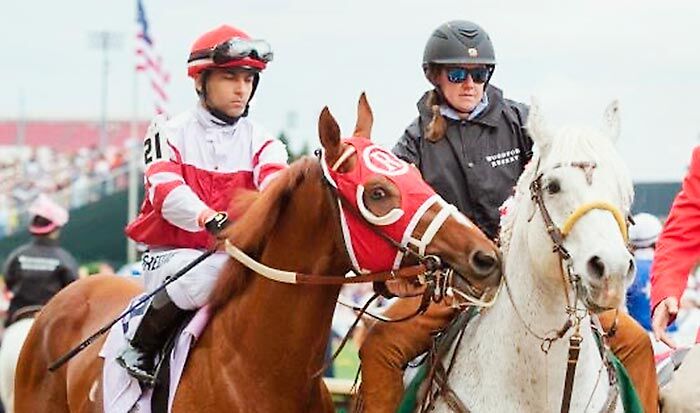 JENNIFER SCHUCKMAN, a Norfolk High alum, rode on a pony (Marilyn Montavon) alongside the 2022 Kentucky Derby winner, Rich Strike, at Churchill Downs on May 7. 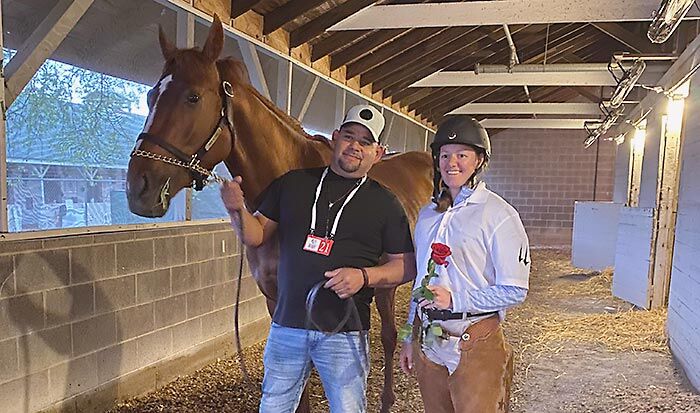 JENNIFER SCHUCKMAN (right) stands with the 2022 Kentucky Derby winner, Rich Strike, and his groomer, Eddy, at Churchill Downs on May 7. 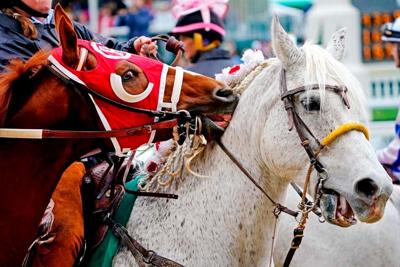 JENNIFER SCHUCKMAN, a Norfolk High alum, rode on a pony (Marilyn Montavon) alongside the 2022 Kentucky Derby winner, Rich Strike, at Churchill Downs on May 7.

JENNIFER SCHUCKMAN (right) stands with the 2022 Kentucky Derby winner, Rich Strike, and his groomer, Eddy, at Churchill Downs on May 7.

Rich Strike — at 80-1 odds the second-longest shot to win this 148-year-old Kentucky Derby race — was led up to the starting gate by horse-loving Jennifer Schuckman, who saw the focus in his eyes.

Schuckman was off to the side as she witnessed Rich Strike get off to a slow start. But as Rich Strike turned the corner with the group of thoroughbreds, Rich Strike left 150,000 people gasping at Churchill Downs as he crossed the finish line — something the Norfolk native was thrilled to be a part of.

“It was absolutely epic,” Schuckman said.

Schuckman, 35, grew up loving animals even though she didn't get involved with horses until she was 14 years old.

Schuckman didn't have the burning passion for horses until she found Patty Prauner's S.M.I.L.E. program.

“I started volunteering for her (Patty Prauner), she gave me riding lessons in return and there was no stopping me after that,” Schuckman said. “My mom dropped me off and said, 'My daughter knows nothing, teach her whatever you would like.’ ”

After graduating from Norfolk High in 2005, Schuckman went on to get her animal science degree from the University of Nebraska-Lincoln.

Schuckman had plans to go to med school, but they fell through. Later in 2011 she went in a different direction, getting the Kentucky Equine Management internship in Kentucky.

During the time of her internship, Schuckman would work on the track in the mornings, moonlighting as a pony rider, on the local training track and then for the Park Equine Hospital in the evenings.

Schuckman did this for seven years before moving to Houston to attend a chiropractic school in 2017.

Although Schuckman is a doctor of chiropractic, if invited, Schuckman will go work a couple of derbies.

This year for the first time, Schuckman got invited to go back to Kentucky, this time to work in the Kentucky Derby, to pony horses.

Her role as someone who leads a horse was to get the racehorse from the stall to the track in the mornings and back on the track to exercise. Then at race time, the pony horse's job is to take that horse from the paddock to the starting gate and get that horse to focus in a controlled manner.

“They don't get a lot of fame because they are only on the track for a couple of minutes, but those horses are definitely the hardest-working horses on the track because they do work every day,” Schuckman said.

“I was ecstatic that they would even invite me. It was an electric feeling,” Schuckman said. “On the morning of the derby, to actually be there on the track where there’s a few hundred thousand people standing around and cheering was such an electric feeling.”

Schuckman has had experience with horses like Rich Strike in the past, so she knew it was a perfect fit.

“Rich Strike does have a history of not liking the pony horse, and he has a history of wanting to be in his own bubble, which is what he wanted on derby day,” Schuckman said. “They assigned Silver to him because Silver can take care of him.”

The day of the Kentucky Derby, Schuckman could tell after working with Rich Strike, she knew he had it in him to win the derby, which was a moment she would never forget, when she heard his name over the intercoms.

“When you hook onto these horses, you can tell who's washed out, who's been overstimulated from the day and who is super-focused. I hooked onto Rich Strike, and I could just tell he was super-focused and was ready to go,” Schuckman said. “To win something like this was absolutely fantastic. It gave me goose bumps when I was on the track.”

Schuckman couldn’t see Rich Strike immediately after the race, but she did have a chance to see the underdog thoroughbred when he was back in the stables.

“I did go over there and give a few high-fives and congratulated the owners and trainer Eric Reid,” Schuckman said. “Even though I wasn't a part of it, the feeling was there.”

Schuckman who is now a chiropractor for both horses and humans in Bryan, Texas, will be in attendance again this year at the 2022 Breeders Cup.

Schuckman, who is planning on going back to the Kentucky Derby next year, already has an invitation, but she knows she might not get the same miraculous experience of working with a winning horse as she did with Rich Strike.

“They told me it won't be near as exciting because the chances of me taking a winner two years in a row is unheard of,” Schuckman said with a laugh. “Ponying at the Kentucky Derby is definitely one of the most exciting things I have ever done.”

For nearly 150 years, an oddly shaped, angular building sat nestled along the southwestern corner of the intersection at Seventh Street and Madison Avenue, just a few paces from the arterial rail line that passes directly through downtown Norfolk.