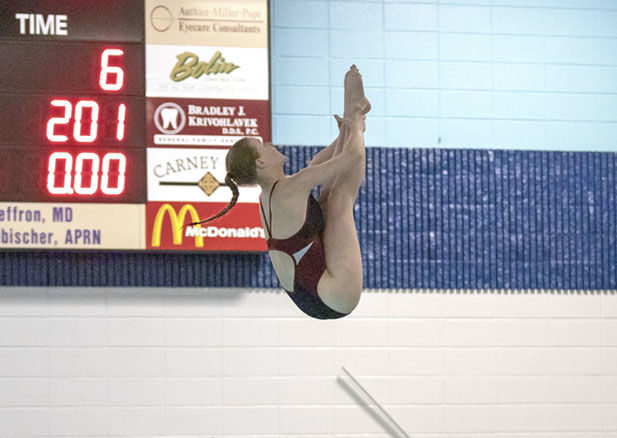 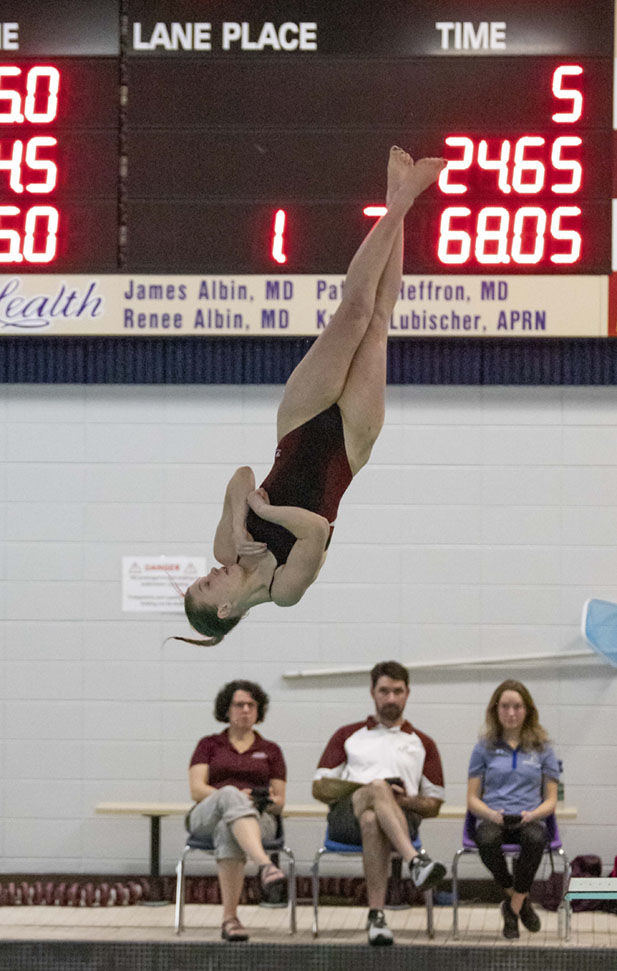 Corey Windedahl/Correspondent Kiran Walker diving during the dual against Kearney Thursday night at the Norfolk YMCA. 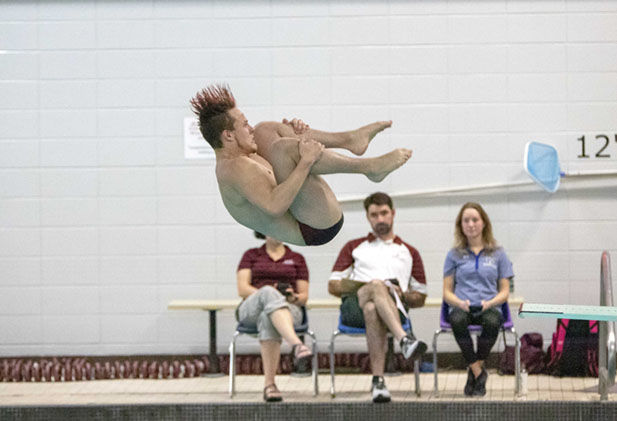 Corey Windedahl/Correspondent Nate Hopkins performing a dive during the dual against Kearney Thursday night at the Norfolk YMCA. 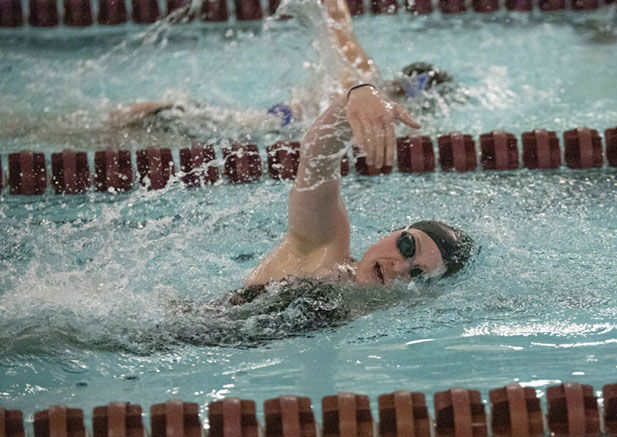 Corey Windedahl/Correspondent Joslyn Jacobs swimming the 200 Freestyle in the dual against Kearney at the Norfolk YMCA Thursday night. 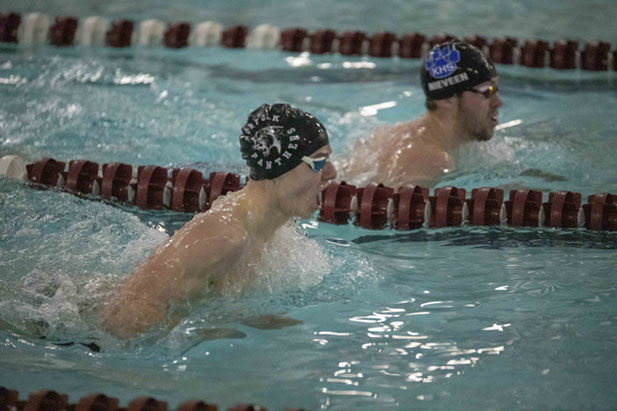 Corey Windedahl/Correspondent Benjamin Spray of Norfolk in a close race in the 200 Individual medley event, with Kearney’s Jacob Nieveen. 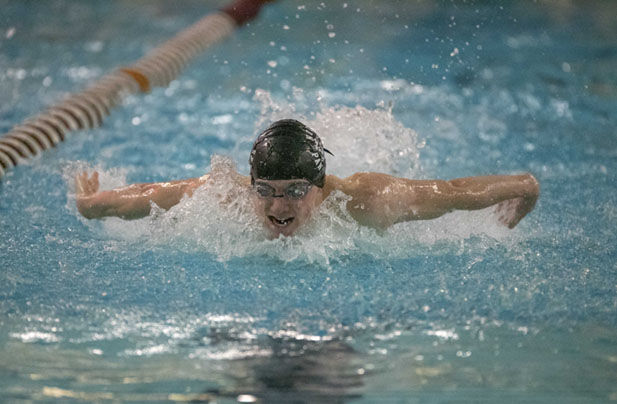 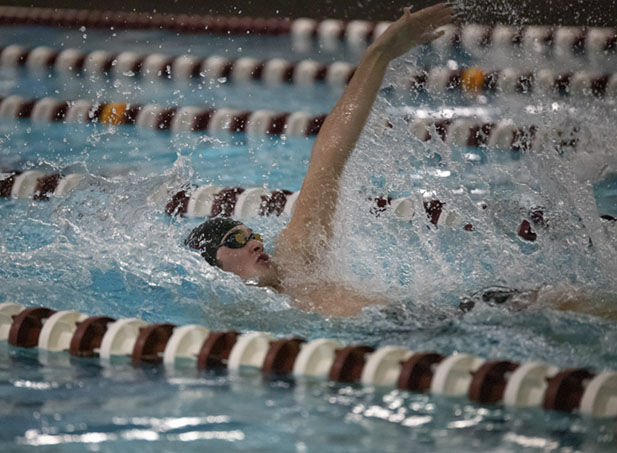 Corey Windedahl/Correspondent Kiran Walker diving during the dual against Kearney Thursday night at the Norfolk YMCA.

Corey Windedahl/Correspondent Nate Hopkins performing a dive during the dual against Kearney Thursday night at the Norfolk YMCA.

Corey Windedahl/Correspondent Joslyn Jacobs swimming the 200 Freestyle in the dual against Kearney at the Norfolk YMCA Thursday night.

Corey Windedahl/Correspondent Benjamin Spray of Norfolk in a close race in the 200 Individual medley event, with Kearney’s Jacob Nieveen.

The Norfolk High swimming and diving team’s results in Thursday’s dual with Kearney were largely determined by depth.

The Norfolk girls squad has plenty of swimmers this season, which helped the Panthers improve their dual record to 5-0 with a 130-56 win over the Bearcats, while the boys team — low on numbers for the first time in several years — lost its first home dual since 2014 by the score of 103-83 to Kearney and has a 4-1 dual record this season.

Another factor the Panthers had to overcome, according to Norfolk coach David Nelson, was a recent disruption of his program’s routine.

“We missed two morning practices this week because of weather, and we had our meet in Millard canceled on Saturday, so our routine has been off and I think that affected us,” Nelson said. “Consequently, our kids were all over the place. Some were really swimming well, and some were a little bit off, which is OK this time of year. We’ve had to really go hard in the practices we’ve had, so I was encouraged by how well our kids performed.”

Nelson was especially pleased with a pair of sophomore swimmers — Joslyn Jacobs, a Wisner-Pilger student who co-ops with the Panthers, and Ben Spray.

“Both Joslyn and Ben are an important part of our success in relays and also individually,” Nelson said. “They each swam ‘off events’ and performed well today, but you can put those two in about anything.”

“Joslyn is again one of the higher-ranked breaststrokers in the state and makes our team better. She’s a hard worker and a quiet leader,” he said. “Ben is a more vocal leader whose work ethic is tremendous. He really works hard in everything he does.”

Jacobs won the 200 freestyle and the 100 backstroke, although her two primary individual events are the 100 breaststroke — in which she earned a fourth-place medal at state last year — and the 200 individual medley. She is state-ranked in both this season.

“It feels pretty good (to win off events) just to know that you can do different events and place well,” she said. “But I’ll stick with my two primary events for state competition.”

Jacobs also helped the 200 medley relay and the 200 freestyle relay to wins against Kearney. Those are the same two relays that she swam on at state in 2019, with both earning medals.

“Swimming for Norfolk High is great — the teammates, being around the atmosphere, getting to swim competitively. Lauren Jacobsen swam here and encouraged me to give it a try,” she said. “My times are about where I was last year at this time but should get better once I start tapering.”

Spray finished first in the 200 individual medley, then finished a respectable second to senior veteran Kellen Carney in the 100 freestyle. He also anchored the winning 200 medley relay and swam on the winning 400 freestyle relay.

“I gained about a half-second in the 100 free. I raced Kellen and was only about a half of a second behind, so it was a really good race, probably one of my best races today,” Spray said. “Kearney’s edge today was they have a lot more guys, so one of the ways we’ve been holding in this year to drop the time we have and put up the points we have as a team has been everybody supporting each other and a lot of encouragement.”

Spray swam in the 200 freestyle relay, the 200 medley relay and the 200 and 500 freestyle individual races at state last year. He said not medaling in his two individual events in 2019 will “serve as motivation” this time around.

Norfolk has two duals remaining, both on the road at Lincoln Southwest and Lincoln Southeast, before Nelson will have some of his swimmers taper in preparation for the Heartland Athletic Conference meet, while others will prep for the state swimming and diving meet.

Norfolk’s divers will compete at a diving invitational on Saturday at Ralston, which gives the Panthers an opportunity to compete against divers from various teams.

“We’re optimistic that our divers can contribute some team points at the state meet this year,” Nelson said. “Nate Hopkins, Ian Matteo and Kiran Walker have all qualified for state. They are a huge part of our team and in how we do. I’m pleased with how coach Dallas McKellips has been working with them.”