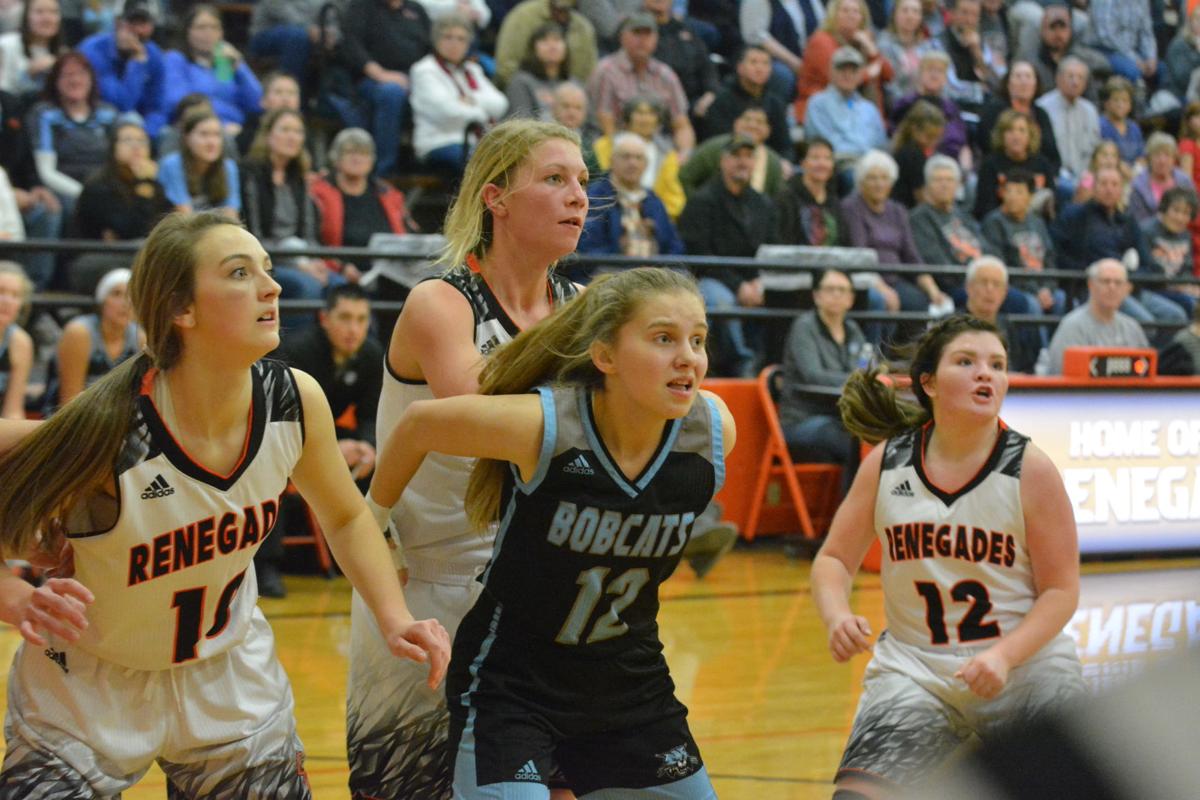 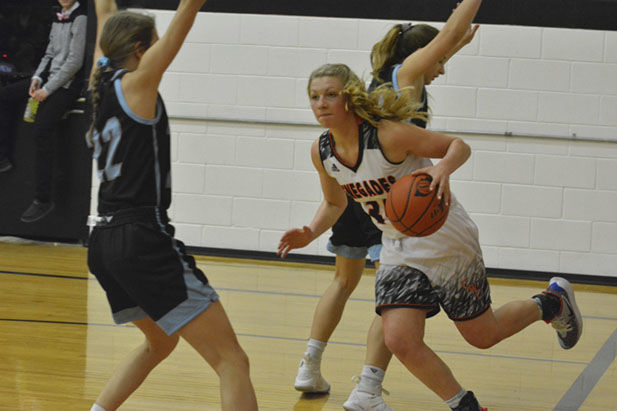 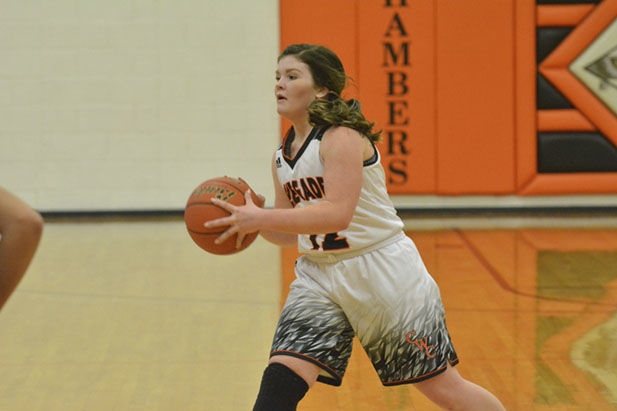 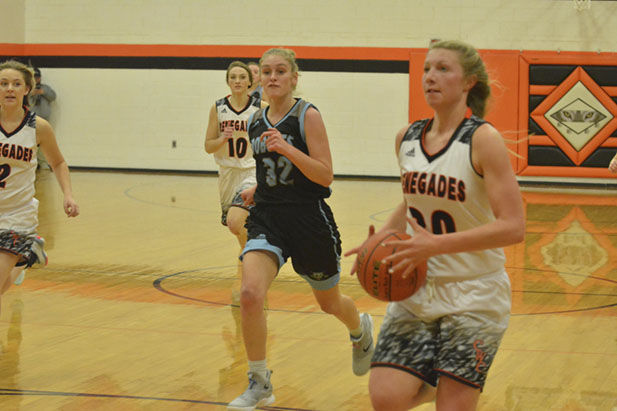 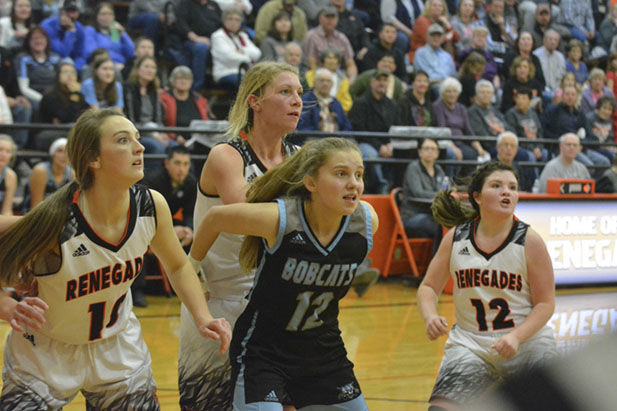 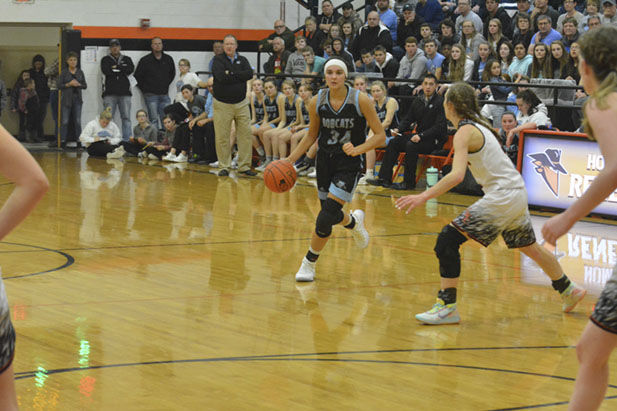 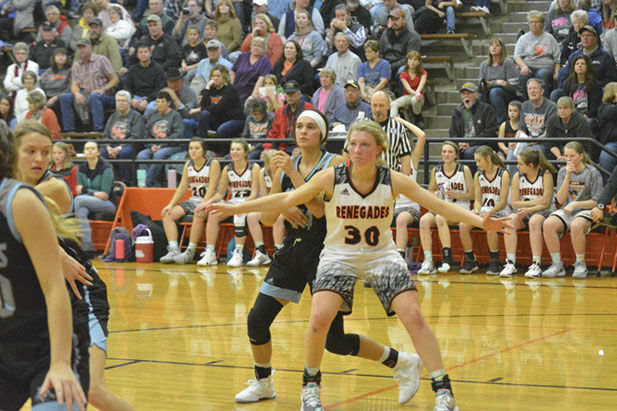 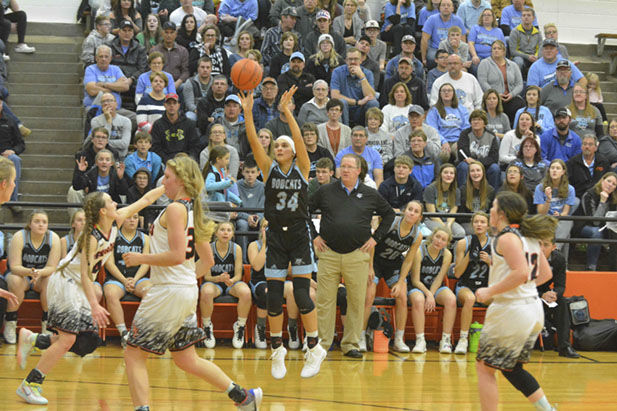 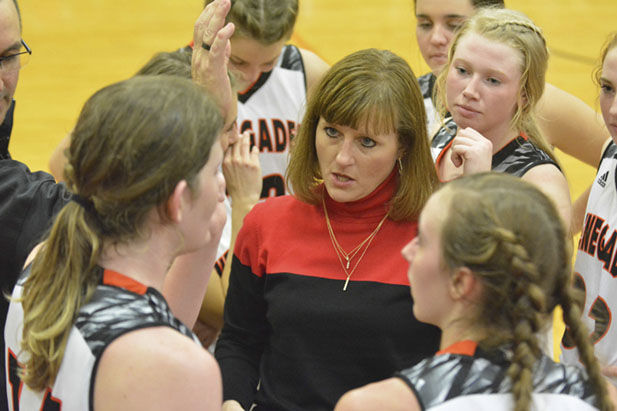 CHAMBERS – After a close opening eight minutes, Class D No. 4 Chambers/Wheeler Central outscored visiting Summerland 19-5 in the second quarter before cruising to a 63-46 victory over the Bobcats in front of a standing-room-only crowd at Chambers High School.

Going into the game, which served as the season opener for both teams, CWC forward Taylor Jean Peter had scored 985 career points and many Renegade fans had decorated congratulatory signs in anticipation of the 6-foot senior's 1,000th.

But first things first. Summerland's Sidney Stallbaum scored a pair of buckets in the paint and teammate Brenna Wagner connected on a couple of 3-point hoops in the first quarter.

On the other end, Peter hit three field goals to increase her career total to 991 while 6-foot-1-inch center Morgan Ramsey attacked the basket, drew four fouls and shot 7 for 8 from the free throw line.

The two sides looked to be evenly-matched as CWC took a 15-14 lead into the second quarter. Many supporters wearing both Carolina blue and orange anticipated a hard-fought battle and settled in for a down-to-the-wire finish.

Then the second quarter happened. Summerland players had trouble putting the ball in the basket, missing four shots from close range.

“We really had a dry spell,” Bobcat coach Greg Appleby said. “We couldn't get any buckets, let them go on a run.

“They got hot, hit some shots and they're a good team and that's what we have to avoid is those two- or three-minute droughts where we don't get many good looks at the basket and turn it over.”

On the CWC end, Ryann Haburchak Michelle Koenig and Ramsey all fired away from behind the arc and connected on four 3-pointers. Meanwhile, Peter made a basket and three free throws to increase her career scoring total to 996.

“I think we were a little more patient and we hit some big shots,” Rengades' coach Laurel O'Malley said. “Our goal is to use our height – we have three six-footers out there – get post touches, kick it back out and hit those shots on the outside.”

The Renegades led at the half 34-19, but any thought that Summerland would wave the white flag of surrender was quickly quashed when the Bobcats scored the first 11 points of the third quarter to pull within 34-30.

“Give credit to them, they have great players,” O'Malley said. “They're athletic and Sidney (Stallbaum) and Brenna (Wagner), they kind of get everybody going and once they go on a run, they just seem to keep going.”

Peter finally stopped the bleeding by scoring the Renegades' first points of the third quarter on a rebound and put-back – her 997th and 998th career points.

About a minute later, she connected on a jump shot in paint for points 999 and 1,000 to the delight of the large CWC following.

Later on, a pair of Peter free throws and another 3 from Haburchak allowed the Renegades to regain the breathing room they'd enjoyed at halftime.

The Bobcats trailed 44-30 heading into the fourth quarter and were able to cut the CWC advantage to single digits on a couple of occasions, but the Renegades had an answer every time and finished off the game with a 17-point cushion.

An emotional Peter led CWC with 22 points. After the game, she emphasized that the team win was much more important to her than scoring 1,000 points individually. “Not many people get the chance to do something like this, but without my teammates pushing me every day, I wouldn't have got where I am today,” she said.

O'Malley called Peter one of the most special kids she's ever been around. “She's just so coachable, such a nice kid, but when she competes, she really competes and she wants to win,” O'Malley said. "Then she just worked within the realm of our team. She pushes them to get better and then they push each other, too.”

Ramsey added 13 points for CWC while Stallbaum and Wagner paced the Bobcats with 13 apiece.

“It's a long season; it's a marathon not a sprint,” Appleby said. “This is one game and we'll use it to get better throughout the year.”

In the days before Trackwrestling, dual tournaments and round-robins became popular, winning 100 matches was considered the gold standard for a high school wrestler’s career.

If a football victory can be determined by a matter of inches, the difference in the Lincoln Pius X boys basketball team’s win over the Panthers was a matter of seconds —4.6, to be exact.