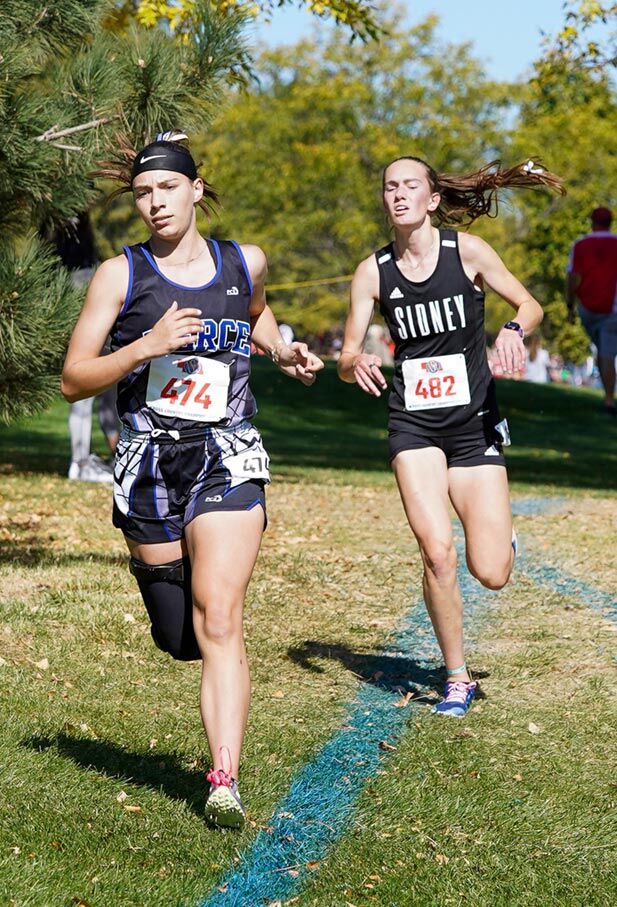 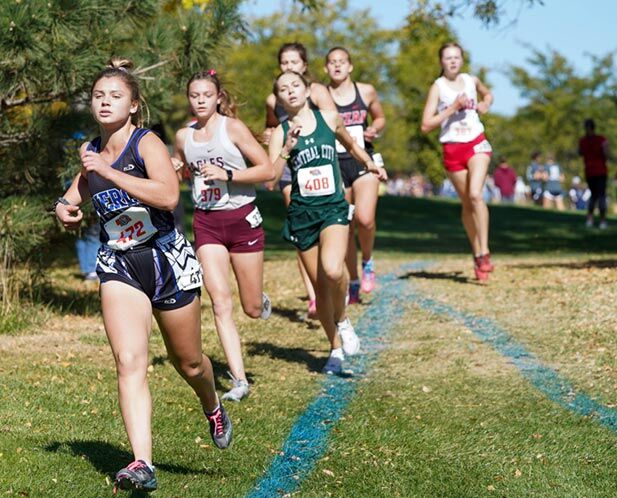 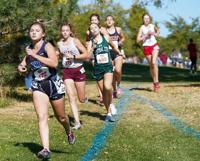 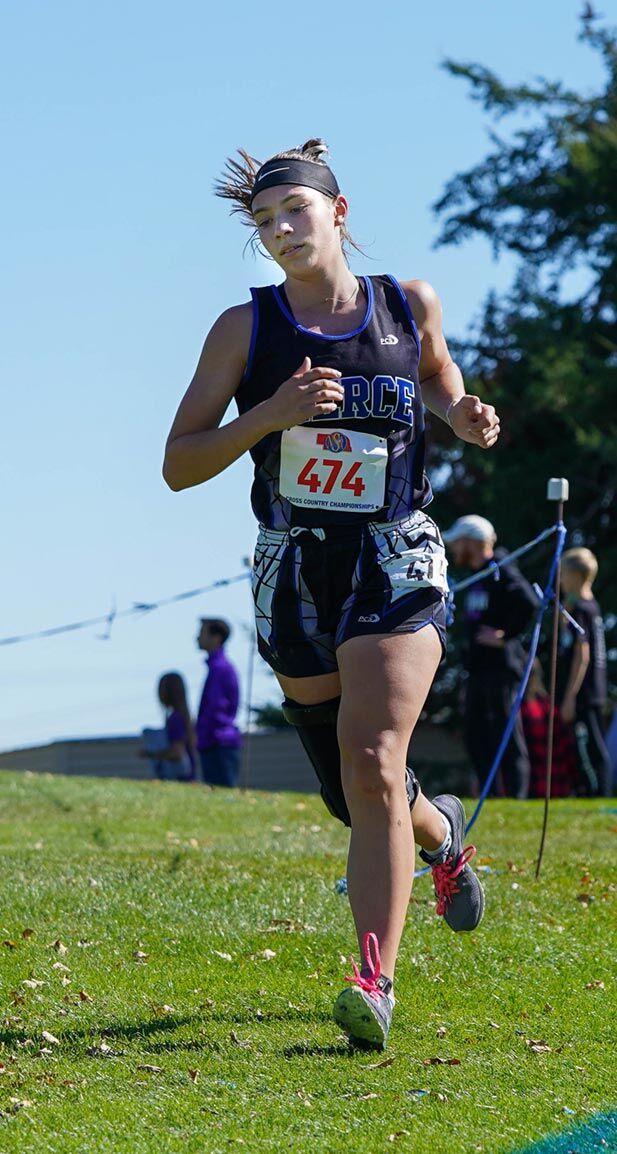 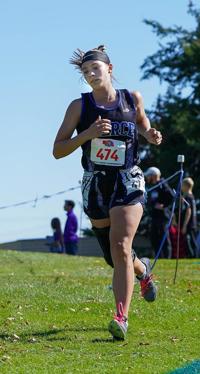 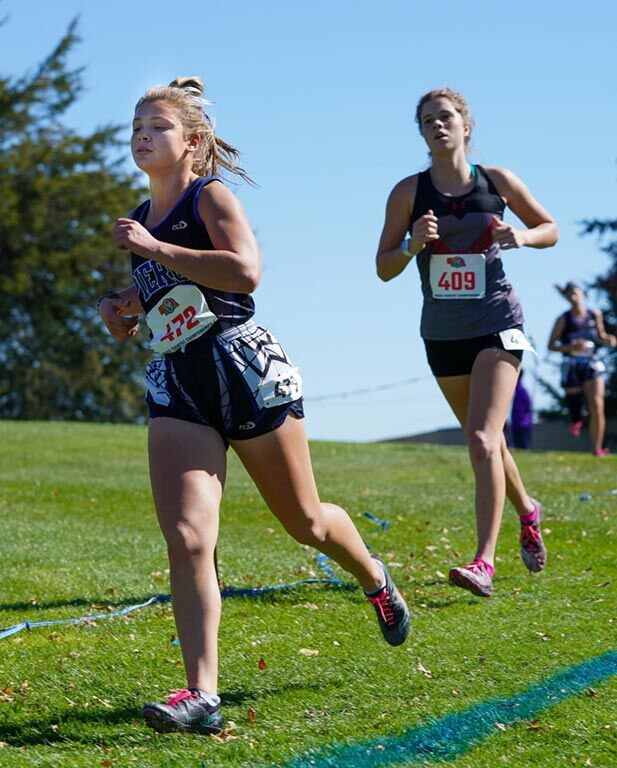 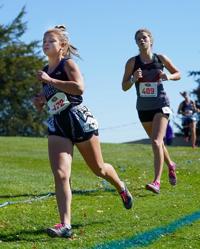 KEARNEY — Pierce's Alexus Sindelar finished her stellar cross country career with her fourth state medal after a 13th-place finish in Class C, an accomplishment her coach, Gary Shada, said outranked her state title performance of a year ago.

"I had another coach tell me, 'You know what, I would take her into battle any day with me.' And the same way here."

Sindelar did not start competing until midway through the season and then closed out the year by finishing third in the Mid-State Conference and fourth in the C-3 district while wearing a large, heavy knee brace.

The top 15 finishers in each class earn state medals and for most of the race on Friday, Sindelar was in 16th.

"Then I saw a girl drop going up the hill before this last straightaway before the finish. At that moment, I felt awful, but I was like, 'Well, maybe this is a sign.’ ” Sindelar said.

"I was struggling the whole race. I just kept battling in my head whether or not it's worth it. I don't want to fail (the team) by not doing well, but I just can't push anymore, so I fought that battle the whole time I was running.

"I remember, it was at the same spot last year where I kind of kicked it in gear and I just told myself, 'I've got to do it.' God gave me the gift to run and the only way I can show him that I care and that I understand is by doing what I can do the best, which is doing as well as I can right now."

About 20 seconds ahead of Sindelar, Darla Nelson of Bloomfield/Wausa won a race for sixth and seventh over Sindelar's teammate, Callie Arnold of Pierce.

Nelson gave credit to her coach, Duane Wilken, who instilled in his southern Knox County girls, the idea of running for one's teammates. "Our team mentality going into it really helped me," Nelson said. "It was hard, but it felt good to run for a purpose greater than myself."

Arnold, also a senior, ran in her fourth state meet and earned her first state medal. "It's super sweet to make my last one my best one," Arnold said. "(Darla) was ahead of me the whole time and we got to the 4,000 (meter mark) and I just needed to kick it in gear and go get that medal."

Shada said a lot of athletes would have given up after trying but failing to medal for three straight years, but not Arnold. "I really think what helped Callie, is last year, she went out for wrestling and she ended up being state runner-up. I really feel that that helped her to find that little bit of competitiveness that she really needed."

Nelson's teammate, Christina Martinson, a junior, had earned state medals during her freshman and sophomore years but settled for 55th place this year, a remarkable result considering she suffered a stress fracture in her leg and didn't even start training until Sept. 25.

"I just wanted to be here with my team one last time before my seniors leave," Martinson said while trying to hold back the tears. “Just all glory to God for letting me have the ability to run out here."

A pair of Wayne runners, Kyla Krusemark (18th) and Laura Hasemann (22nd), just missed earning a spot on the medal platform, as did O'Neill's Ashley Dickau, who finished 27th in the 118-runner field.