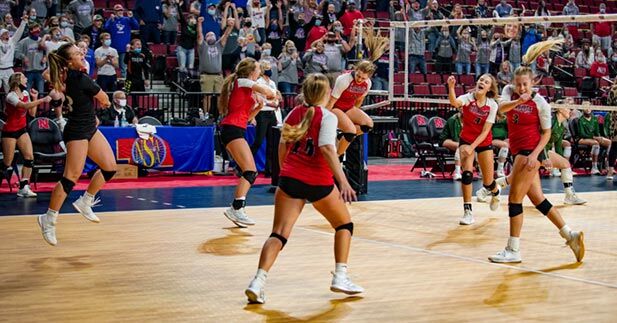 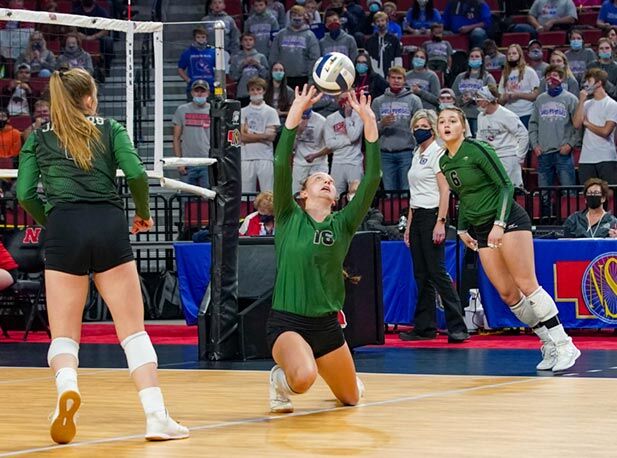 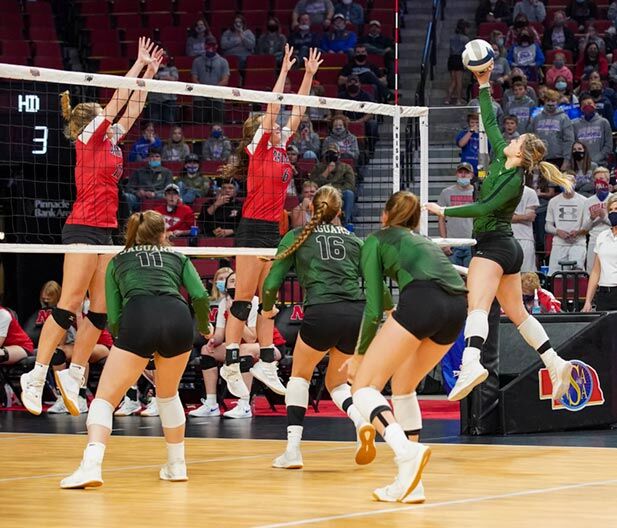 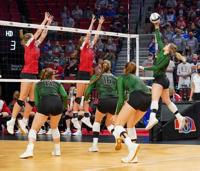 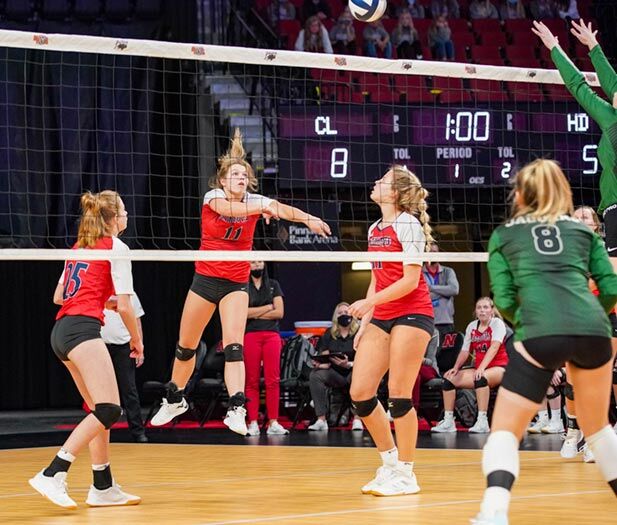 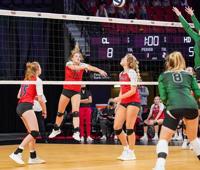 Kayden Schumacher tips the ball over to Howells-Dodge 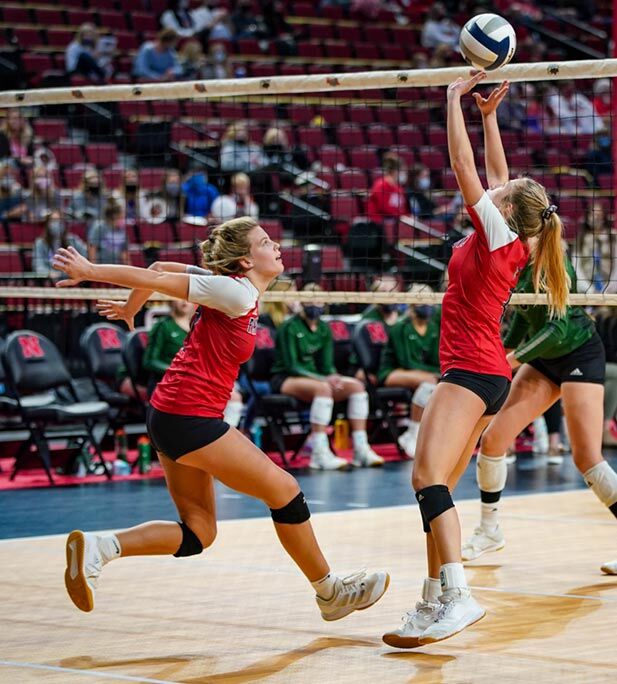 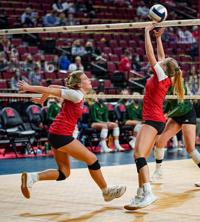 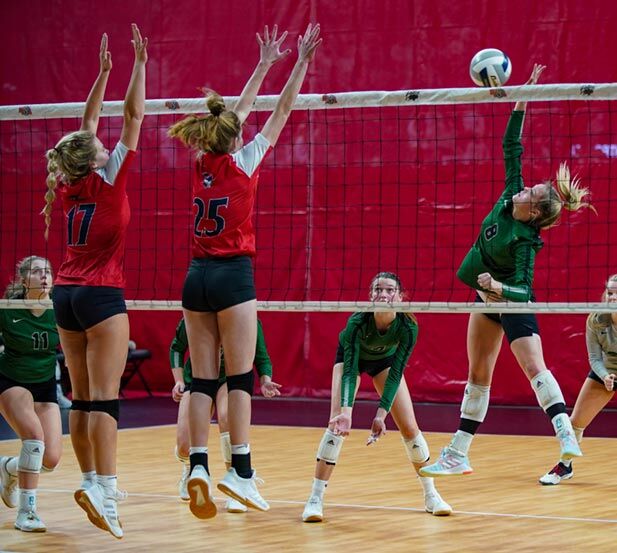 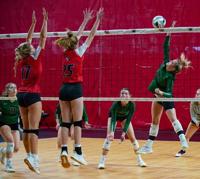 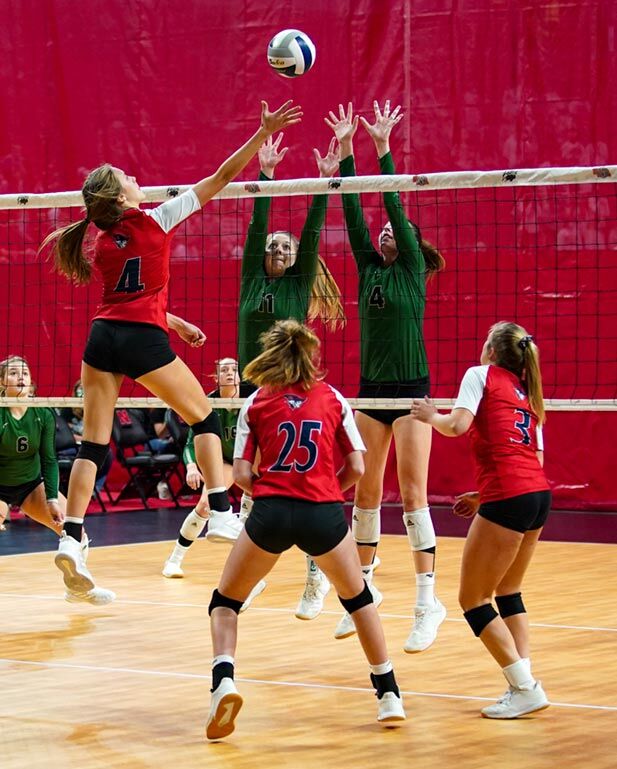 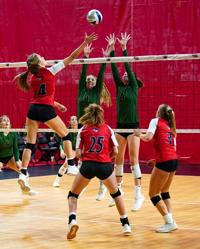 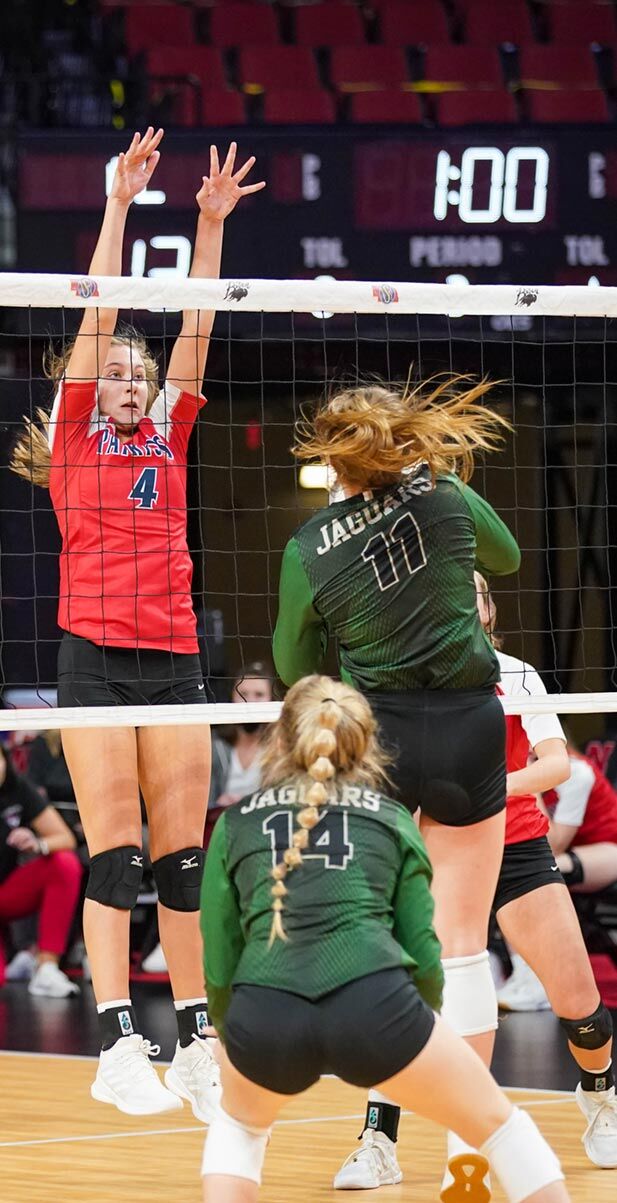 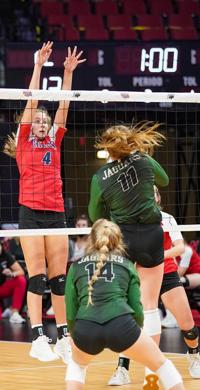 Kayden Schumacher tips the ball over to Howells-Dodge

LINCOLN — A couple of teams separated by a few miles along Highway 91 traveled to Lincoln to decide who would be heading to the semifinals of the Class C2 state volleyball tournament here at Pinnacle Bank Arena on Friday.

As it turned out, Clarkson-Leigh turned away Howells-Dodge in straight sets, 25-17, 30-28 and 25-17 to head back to Pinnacle Bank Arena on Friday at around 3 p.m. to take on Norfolk Catholic.

“We have worked this whole season and seasons before for this moment,” Patriot coach Becky Schneider said. “We have been getting ready.”

Clarkson-Leigh had missed the state tournament since 2017 but was banging on the door in each season since its last appearance.

“We have been so hungry to get back,” Schneider said. “Now we aren’t ready to leave.”

Coincidentally, with the short distance between the two teams geographically, they played only one other time this season back on Sept. 1 with the Patriots winning that best-of-five match 3-1.

The Jaguars went out kicking and screaming, notably in the second set.

The second sprint to 25 actually went to 30 as neither team would budge down the stretch.

Howells-Dodge had the upper hand after a service error by Clarkson-Leigh made it 20-17 in favor of the Jaguars.

A tip kill by Cassidy Hoffman, an ace serve by Alissa Kasik and a block by Patriot freshman Chloe Hanel evened the score and forced Howells-Dodge coach Taryn Janke to call timeout.

Kennedy Settje hit a winner out of the break to put Clarkson-Leigh up 21-20, but a service error evened the score again.

The Patriots went up by two with a kill by Hanel and block by Hanel and teammate Makenna Held, but a service error by Clarkson-Leigh left the advantage at a single point.

The Jaguars went on to survive a double-set point and then took a lead on a winner from Grace Baumert off the Clarkson-Leigh tip.

The last tie came on a second-shot winner by Jaguar setter Ellie Baumert.

Settje slammed a kill through the heart of the Howells-Dodge defense, followed by an Alissa Kasik service ace, and Clarkson-Leigh was up two sets to none in the match.

“We have been working all season on keeping positivity with this team,” Schneider said. “We kept battling and remained positive and we came through. I’m proud of these girls.”

The final set was never really close after the Patriots reached double-digits.

The Des Moines Area Community College softball team, ranked No. 5 in the National Junior College Athletic Association, was a tough out for the Hawks.

WISNER — A drive-through window, an expanded array of gift items and customer consultation rooms are just a few of the advantages Wisner Apothecary has found in its recent relocation.

According to the people who loved her, Rosalind Lamson was many things. The Norfolk native, known affectionately as "Roz," died Aug. 13, 2020, after a short bout with pancreatic cancer, but she left behind a legacy treasured in Norfolk, Stanton and beyond over her 70 years of life.