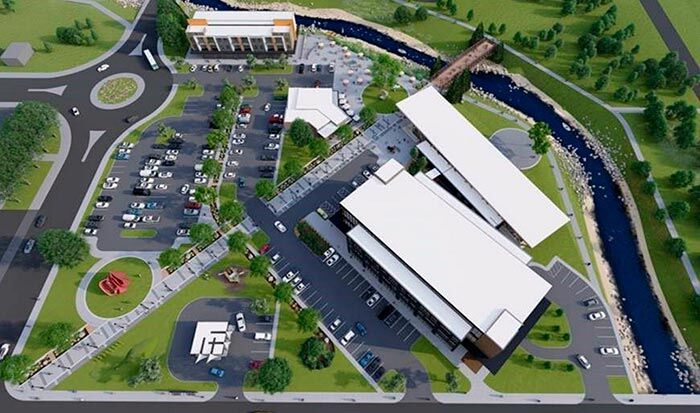 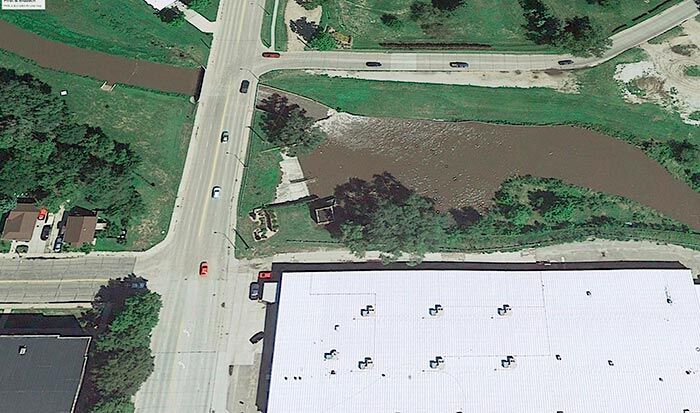 AN OVERVIEW of the intersection of First Street and Braasch Avenue.

AN OVERVIEW of the intersection of First Street and Braasch Avenue.

Parts of First Street will be getting a new look.

City engineer Steve Rames provided the council with background on the project at Tuesday night’s meeting.

“This would be the final design for the replacement of First Street bridge, as well as some remaining work on the roundabout at Braasch and First and some water drainage,” Rames said. “This is all tied into the river restoration as well.”

The roundabout at the intersection of First and Braasch was originally part of the Braasch Avenue reconstruction project but was taken out for budgetary reasons, Rames said.

Rames said the roundabout and the bridge projects were combined to cause less of a disturbance to the public and traffic flows.

The final design will be completed this summer, Rames said, and construction is slated to begin in January and be completed in the summer of 2022.

Mayor Josh Moenning said this project is both necessary and an opportunity for improvement.

“Not only is this bridge coming to the end of its useful life, I think we’re at this point four to five years out on its shelf-life before it becomes classified as deficient, but (the project) makes room for the plans for river restoration, which essentially are removing the spillway under the First Street bridge to make the river safe for recreation and make the river passable for river recreationists,” he said.

“Braasch Avenue is a major corridor for emergency traffic going east from the police station and from Fire Station One. As we looked at the reconstruction of Braasch and how it was built, we really anticipated the roundabout going in to allow for that ease of movement and that transfer of traffic so we could continue to use that as an emergency response, because right now, it’s narrow,” he said. “So as the roundabout goes in, it opens up that flow and as long as people are approaching the roundabout at a slow speed and using it how it’s designed, we anticipate a good flow for our ambulances and fire trucks and police cruisers as they go through it.”

Some councilmen questioned the roundabout, though.

“I don’t see a necessary need for that roundabout,” said Councilman Corey Granquist. “We’re purposely congesting traffic in one area. I wish it was part of a whole, separate contract. It’s tough for me to wrap my head putting a roundabout there. I don’t know that this is the best concept that we can come up with.”

Councilman Shane Clausen agreed that the new design could make traveling around town harder for Norfolkans, he said.

“Why do we want to take that arterial road and slow it down and bottleneck it? I’ve always been extremely proud of our community in the past because it’s easy to get around Norfolk,” he said. “I feel like this is going to potentially turn into a situation where we slow it down to a snail’s pace.”

Clausen said he would like to see other options for the project.

Moenning acknowledged the new design may slow traffic down but said doing so benefits public safety in the area.

“There’s a constraining element here, but I think it’s purposeful. We hear a lot in terms of residential where people, for the sake of safety, want traffic speeds to slow. There is residential right here,” he said. “There’s pedestrian traffic, and there’s likely to be more and more. So I think for the sake of this particularly segment, it’s not necessarily a bad thing to calm traffic and get people to pay a little bit more attention. ... I don’t think it’s a major inconvenience, I don’t see this adding a significant amount of time to anyone’s commute.”

Moenning also reminded the council that a lot of planning had gone into the design and the plan for the roundabout had previously passed.

“I just want to make clear on this project, there's been several opportunities for public input going back to the initial design concepts presented with Braasch, both with property owners and with the public,” he said. “It’s gone through several layers of public input, engineering analysis, and I will remind you that the council did approve moving forward with this design on April 6, 2020, by a 7-1 vote.”

The new design passed again. The council voted 5-3 to approve the contract with Thad Murren, Granquist and Clausen voting against it.

Strong finish for area teams at the state tournament

LINCOLN — The following are notes and quotes from the final two days of the state girls basketball tournament.

CENTER — An old barn that sat empty near Highway 13 north of Center for many years now stands as a tribute to an area couple’s late son.

LINCOLN — Crofton came from four points down at the end of the third quarter to defeat Ponca 46-42 in the Class C2 state championship game on Saturday at Pinnacle Bank Arena.

LINCOLN — The Humphrey St. Francis Flyers finally achieved what has seemed just out of reach over the past decade and a half, winning their first state championship since 2007 by beating the Falls City Sacred Heart Irish 57-48 in the Class D2 finals on Saturday afternoon at Pinnacle Bank Arena.

North Bend comes from behind to defeat Hastings St. Cecilia for C1 title

LINCOLN — With 6.4 seconds left in the Class C1 state championship game, North Bend Central's Sydney Emanuel sank two free throws to break a tie. The Tigers then hustled back on defense to defend as Hastings St. Cecilia's Bailey Kissinger drove for the hoop.

The work of a renowned ceramic artist is now on display in the garden at the Norfolk Arts Center.

Long-awaited changes are coming to the Norfolk Police Division property, and upgrades are expected to begin this summer.