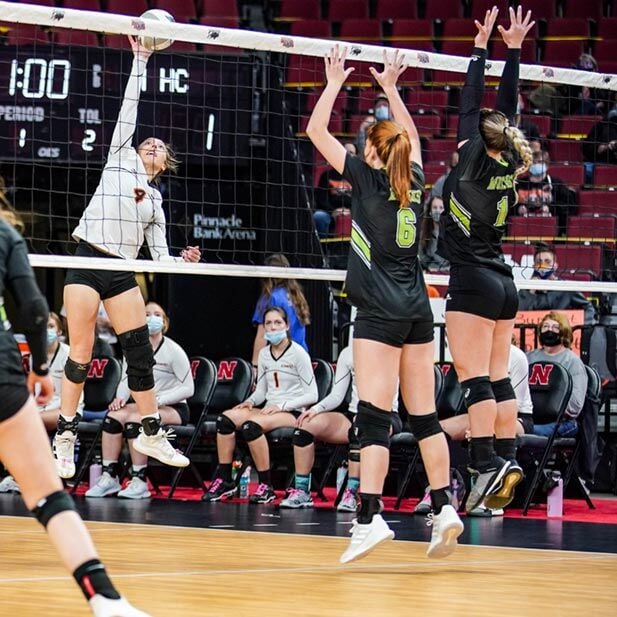 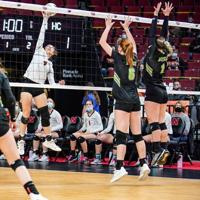 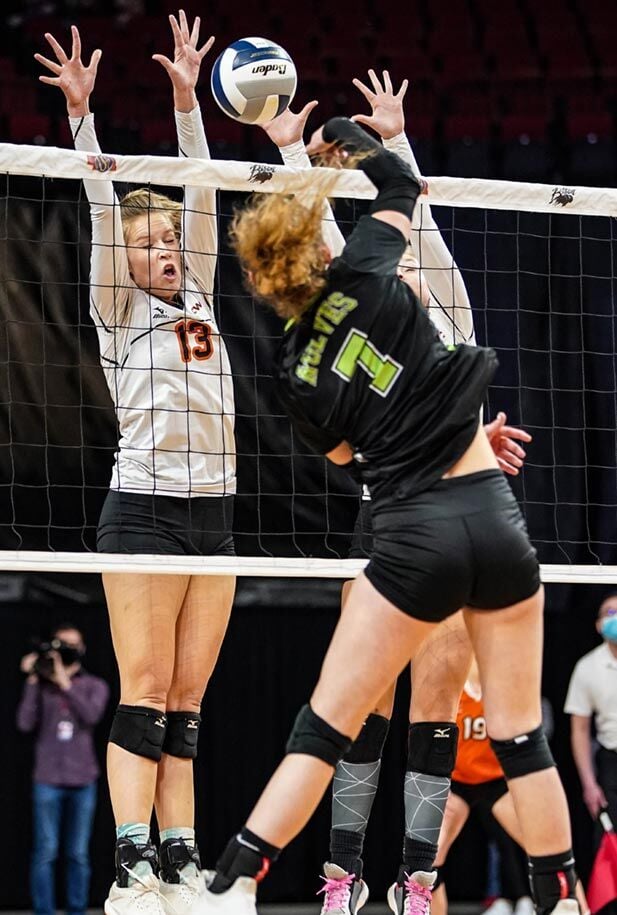 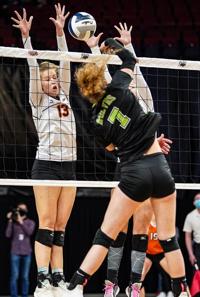 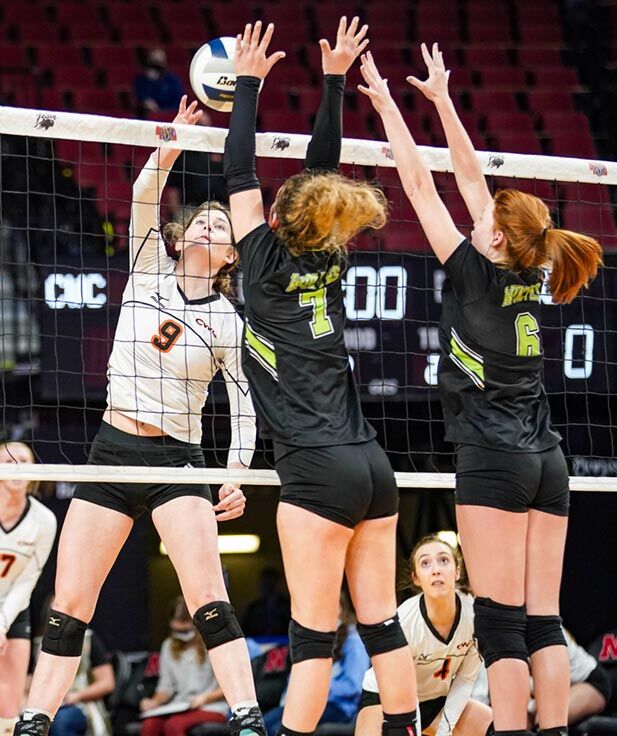 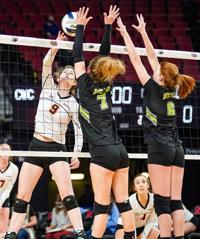 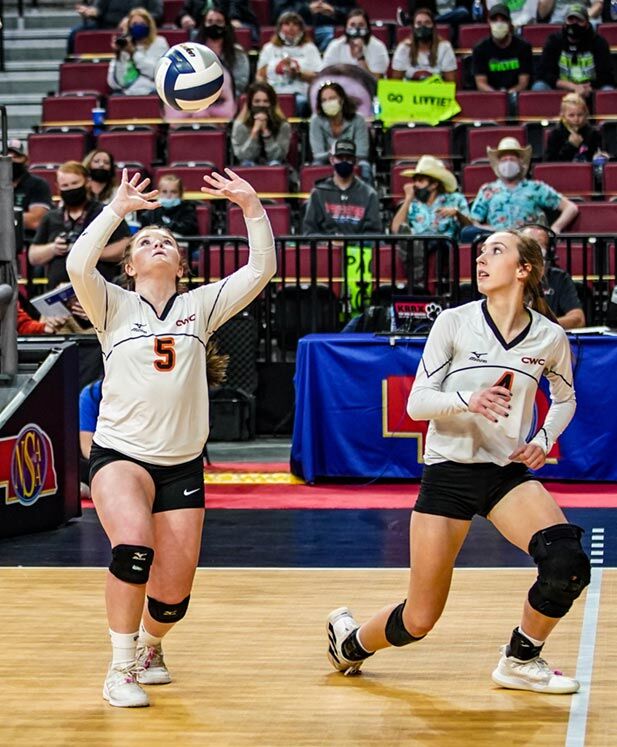 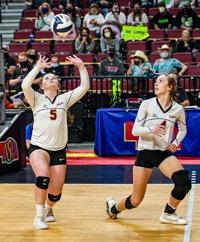 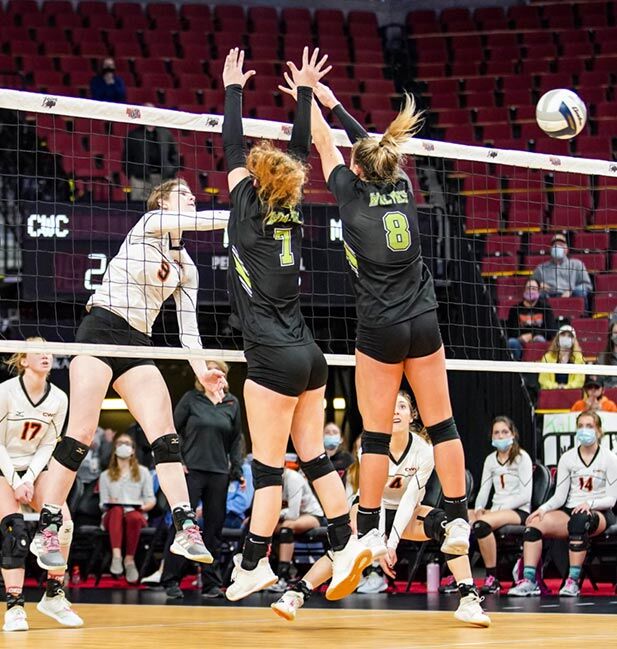 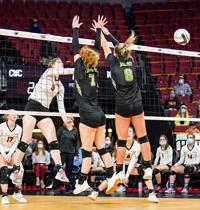 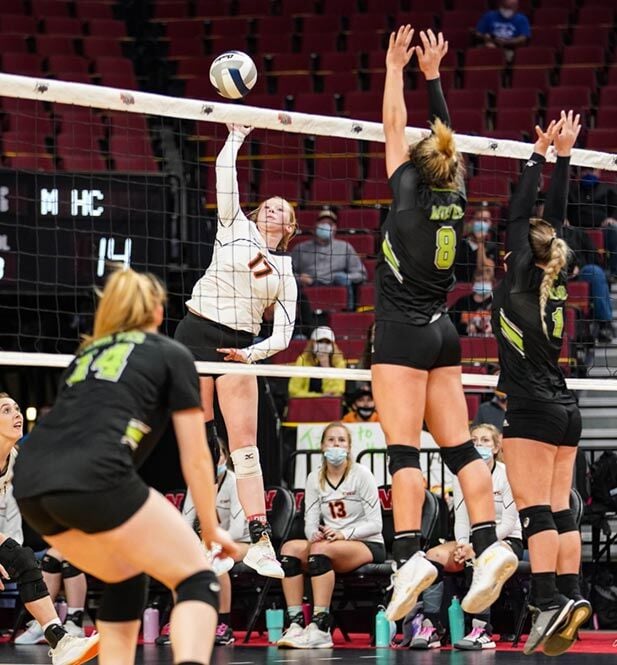 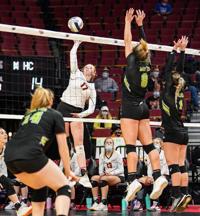 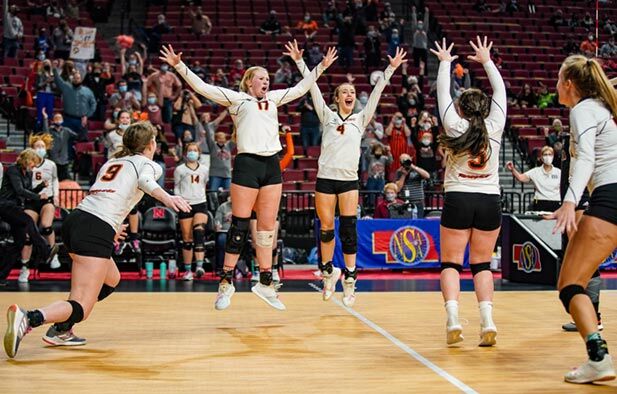 LINCOLN — Chambers/Wheeler Central earned itself a spot in the Class D2 state championship match with a 25-19, 25-20, 25-21 victory over previously unbeaten Maywood/Hayes Center on Friday at Pinnacle Bank Arena.

The Renegades improved to 33-1 on the year with the victory and will take on last year's D1 state champion, Diller-Odell, in Saturday's final at 9 a.m., also at Pinnacle Bank Arena.

CWC coach Diane Kasselder knew her Renegades would have their hands full on Friday. Maywood/Hayes Center took a perfect 29-0 record into the match and had lost only two sets all season.

But Wolves coach Kory Rhode admitted his team hadn't played against an opponent the caliber of CWC. "They were a very tough team,” he said. "Defensively, they picked up a lot of stuff that a lot of teams we played this year haven't."

Offensively, the Renegades dominated at the net with outstanding setter Ryann Haburchak distributing 44 set assists while Morgan Ramsey finished with 26 kills and Tessa Metschke had 12.

CWC took control of the first set with a 7-1 run for a 16-12 lead. The Wolves hung tough and pulled to within one on a pair of occasions, but the Renegades gained separation with a 5-0 run late. Michelle Koenig's service ace made the score 22-17, and Emma Jonseth's kill, moments later, put set number one in the column of the orange and black.

CWC errors highlighted the second set, but that didn't bother Kasselder. "If you're going to play hard, you're going to make errors," she said. "We always say, 'Put them in your pocket and save them for another day, because you can't go back. You can't do it over.' It's a mindset of playing that next ball and playing it with a positive mindset."

The Wolves led the second set from the first point until a Rachel Dierks kill tied it at 19. Maywood/Hayes Center regained the advantage at 20-19 before Michelle Koenig's kill knotted it at 20. That started a 6-0 run to close the set. Ramsey sealed the deal on set point.

Ramsey is one of eight seniors on the CWC roster who have all shown great leadership and poise. "Sometimes down here, you let your emotions get ahead of your skill," Kasselder said. We worked really hard at not being emotional, just doing our job."

Except for a 5-5 tie, CWC led the entire third set with Dierks taking the honor of putting away the final kill to officially qualify the Renegades for the state championship match.

"Our girls came to play today," Kasselder said. "I'm so happy for them. We said all along, ‘We're going to come down here with a mission.’ They're here for a purpose. They're not here on vacation. We've got one more in us."

CWC will take on perennial power Diller-Odell, which is 32-1, in the final.

The Griffins played their semifinal before the CWC match, so Kasselder didn't know much about them, except that they're big and they're good.

"They look like they've got a pretty good block,” she said. "We've got to hit before they do. I hope it's a match to remember. I hope we battle with them. I'm sure everybody's expecting them to win, but I think my kids are going to come out and leave it all on the floor and are not going to regret one thing."

BATTLE CREEK — High school athletes each have their go-to snacks and food that they must have around competition, whether it is protein bars, granola bars, apples, bananas or peanut butter.