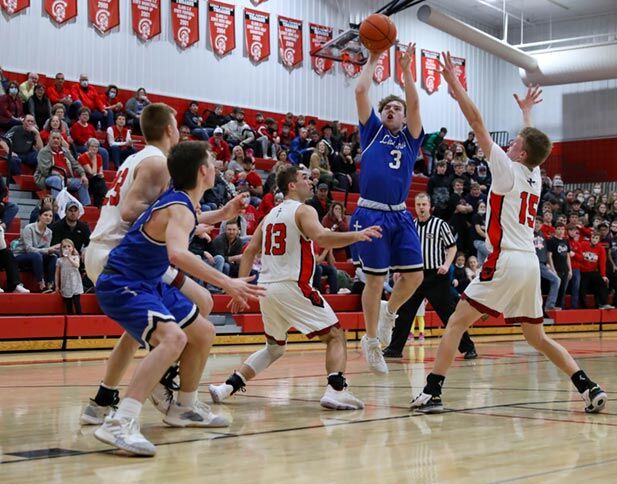 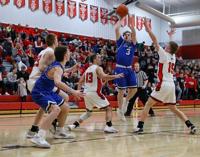 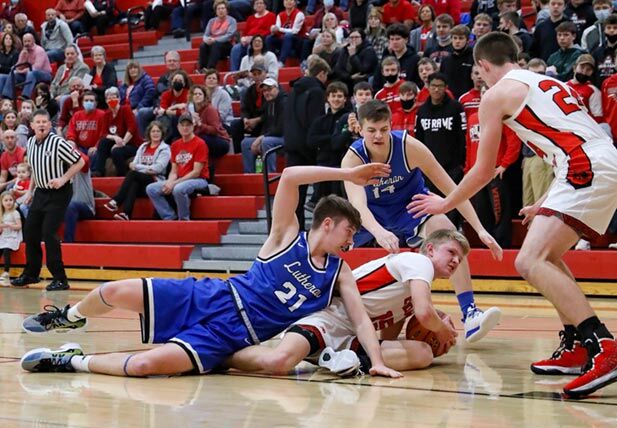 Carson Arens of Hartington CC and Mason Petersen of LHNE go after a loose ball. 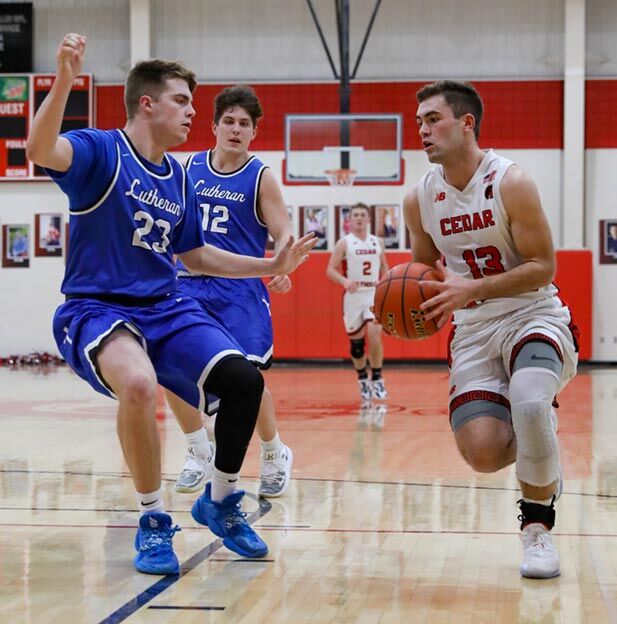 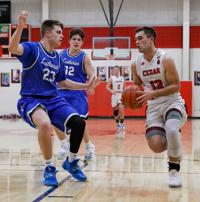 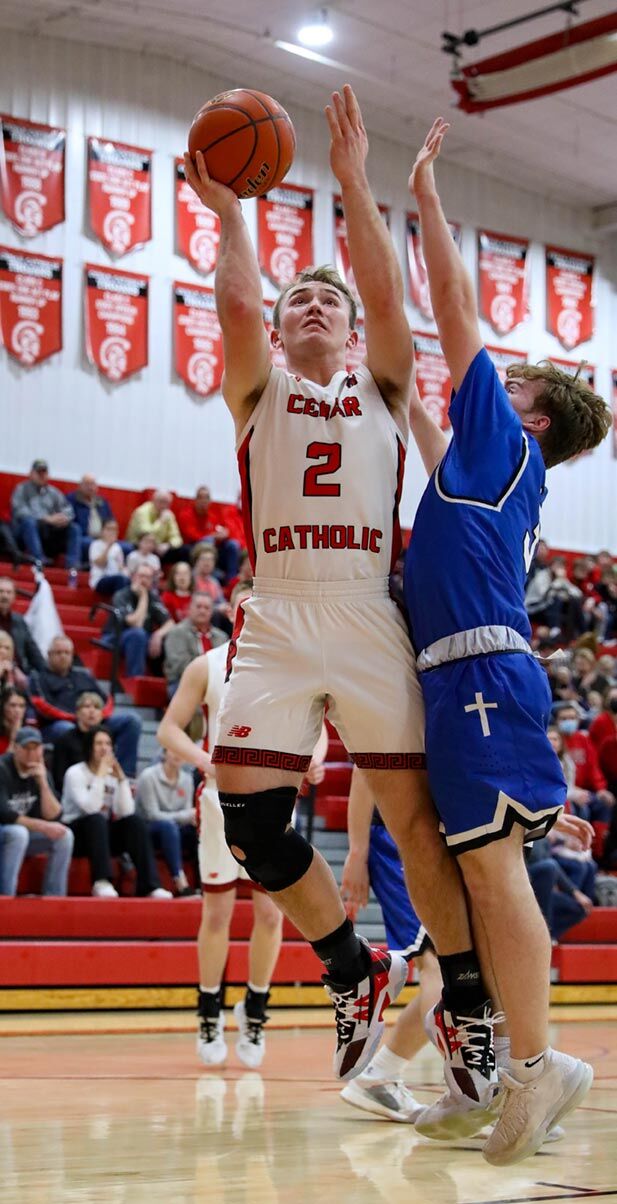 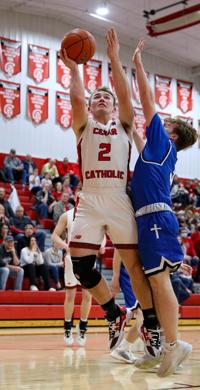 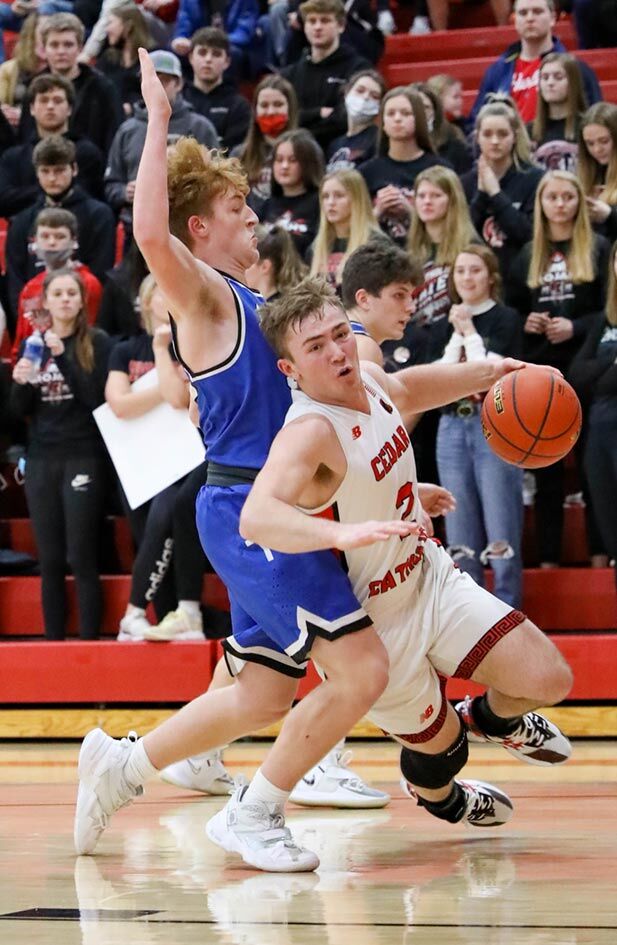 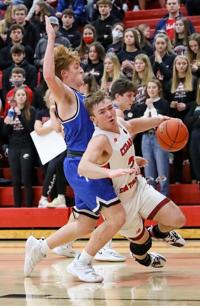 Carson Arens of Hartington CC and Mason Petersen of LHNE go after a loose ball.

But after three quarters, the Trojans led by just two points and then began heeding their coach’s wishes.

“I was glad we got back in the game in the second,” Hartington coach Matt Steffen said. “But I knew we needed to get after it on the defensive end of the court.”

The Trojans held the Eagles scoreless until Grant Colligan made a 3-pointer with 1:41 left on the clock.

“They really got after us in the fourth,” Lutheran High coach Kenny Blank said. “We quit sharing the ball and started to press to make shots.”

Colligan’s 3-pointer would be the only basket for Lutheran High in the final eight minutes.

“You can’t go that long without scoring when you play a team as good as HCC,” Blank said. “It was disappointing the way the game finished, but some of that was them and some of that was us.”

Meanwhile, Cedar Catholic put up 14 points in the period to take control of the game, which was quite a turn of events from the start of the game.

“They came out and hit us in the face,” Cedar Catholic coach Matt Steffen said. “I was really nervous about the way they started out. They were moving the ball and making shots.”

After back-to-back 3s from Trystan Scott, the Eagles went to the second quarter up by five.

“I was happy with the way we came out ready to play,” Blank said. “They beat us pretty badly a couple of weeks ago so it was important to get off to a good start.”

The teams matched up back on Feb. 13 here in Hartington with the Trojans coming away with a 64-34 win.

By intermission of the game Thursday night, Cedar Catholic climbed back into the game and led by a bucket heading into the halftime locker room.

“We have been playing very good defense towards the end of the season,” Steffen said “It gives us something to build on as we try to make it to Lincoln.”