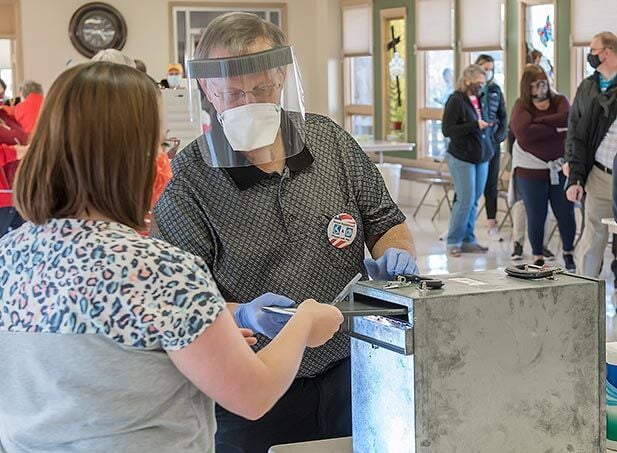 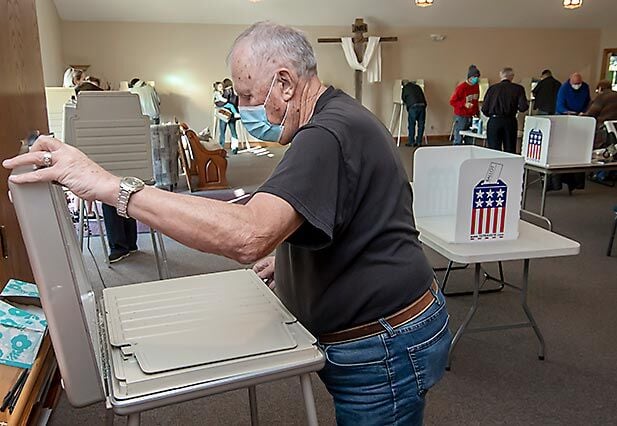 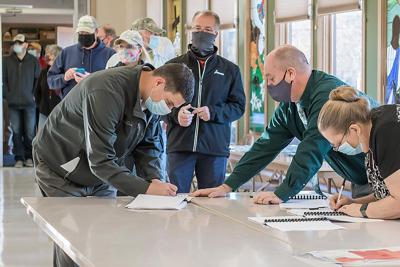 When it comes to election night celebrations, both Madison County political parties are planning to play it safe.

The Madison County Republican Party is planning to meet for a private gathering in Norfolk for what’s being billed as a “victory party” on Tuesday, Nov. 3. A lot of the Republican leaders have been sent email invitations.

Because of directed health measures and social gathering limitations, the party is by invitation only.

Last summer, the Republican Party held a national convention — although greatly scaled back — in Charlotte, North Carolina, because of COVID-19. President Donald Trump appeared from the White House.

The Democrats last summer met virtually on the internet, also because of the pandemic. It had been scheduled for Milwaukee and there were a few events in Wisconsin, but most of it was remote.

Steve Sunderman, chairman of the Madison County Republicans, said they want to gather but want to be safe. The place they will meet will follow all directed health measures, he said.

Sunderman said he believes the Trump ticket with Mike Pence will win, but it might take awhile.

“I’m fearful it might be a few days before we find out,” he said.

Regardless who wins, Sunderman said he and all the Republicans he knows want there to be peace and support for the winner.

Pete Rizzo of Wayne is the former chairman of the Democratic Party of Madison County, which currently is without one.

Rizzo said the Democrats’ Facebook Live event should begin about 8 p.m., with candidates appearing throughout the evening about every 10 to 15 minutes.

Rizzo said he is confident that Joe Biden and Kamala Harris will win the general election and that the pair will get one of Nebraska’s five electoral votes. Some national experts predict that Biden-Harris will capture Nebraska’s 2nd Congressional District, which is mostly Omaha and its suburbs.

“I think that the last time that happened was with Barack Obama in ’08, but I see a lot of enthusiasm again,” Rizzo said.

Unlike most states, Nebraska does not follow a winner-take-all method for electoral votes. In Nebraska, each congressional district gets one vote and then the overall winner of the state gets the remaining two votes.

“I think America is ready for a change and tired of this pandemic,” Rizzo said. “They are ready to put this behind them.”

Rizzo said he appreciates how Nebraskans are more likely to be accepting of each other. Regardless who wins the presidential race, he would like to see the nation come back together, Rizzo said.

OAKLAND — Although Oakland-Craig girls basketball coach Scott Guzinski wasn't ready to announce his lineup when we visited with him on the Tuesday before Thanksgiving, he admitted it's plausible that 80% of the Knights starters would be twins.

HOWELLS — A basketball game broke out in the second half of a game between a couple of football powers here Thursday night with Howells-Dodge eventually outmuscling Pierce 54-42 in both teams' first game on the hardwood this season.

MADISON — A Norfolk man faces up to 50 years in prison after he was convicted of robbery on Friday in district court.

The use of a zone defense provided the Northeast Community College women’s basketball team an opportunity to win, but the Hawks came up short in a 73-66 overtime loss to North Platte Community College on Tuesday evening at the Cox Activities Center.