While not a cure, new Alzheimer’s drug represents a step in the right direction 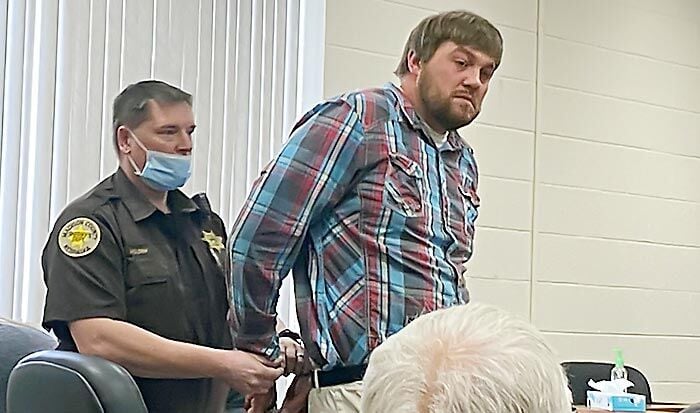 JAY ALDAG looks in his family’s direction as he is handcuffed following his prison sentence on Thursday. Aldag was sentenced for crimes of second-degree assault and terroristic threats following an incident last year in which he slashed a man’s throat. 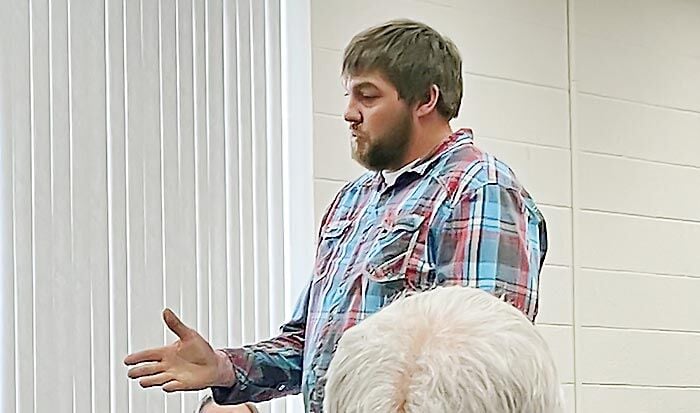 JAY ALDAG apologizes to the victim of a throat slashing for which Aldag was sentenced on Thursday.

JAY ALDAG looks in his family’s direction as he is handcuffed following his prison sentence on Thursday. Aldag was sentenced for crimes of second-degree assault and terroristic threats following an incident last year in which he slashed a man’s throat.

JAY ALDAG apologizes to the victim of a throat slashing for which Aldag was sentenced on Thursday.

MADISON — A Norfolkan who slashed another man’s throat after a night of drinking last year will spend a significant amount of time in prison.

Aldag was facing sentencing Thursday on charges of second-degree assault, a Class 2A felony, and terroristic threats, a Class 3A felony.

The charges arose after Aldag had slashed a man’s throat during the early morning hours of Feb. 21, 2020, at what was described by prosecution as an after-party at a residence in northern Norfolk.

According to pre-sentence investigation reports, Aldag had been extremely intoxicated after spending a night drinking with a group of people at several Norfolk bars.

Witnesses stated that Aldag had passed out on a couch at the party but eventually woke up and “freaked out.”

Deputy County Attorney Matthew Kiernan said Aldag had gotten into an altercation with another male at the residence. The eventual victim had attempted to break up the fight and had intervened, Kiernan said.

Aldag then pulled out a pocket knife and slashed the right side of the victim’s throat, leaving a 4-inch laceration. He told the victim, “I will (expletive) kill you,” Kiernan said.

Another person at the scene had been put into a headlock by Aldag and was threatened by him with a knife, according to the PSI report.

Witnesses told authorities that Aldag left the scene shortly thereafter. He was arrested at his residence after authorities found him passed out in his vehicle.

Aldag was reported as being uncooperative with law enforcement during his arrest and said officers would have to kill him before he exited his vehicle.

Surgery was required to repair the victim’s injuries, Kiernan said, and had the victim’s laceration been one-eighth of an inch deeper, doctors said he would not have survived.

“We’d be standing up here looking at much different charges had that been the case,” Kiernan said.

Aldag had been convicted on a previous charge of terroristic threats stemming from an incident more than a decade ago in which he threatened his now ex-wife with a shotgun.

That incident, as well as the 2020 throat-slashing incident, was blamed by Aldag on significant intoxication. Kiernan told Johnson that Aldag has not sought out the necessary treatment to avoid putting himself in such positions, and that incarceration would be necessary.

“We can all be glad that the injuries were not mortal. This is not a probation case; he tried to kill a person,” Kiernan said.

Aldag posted bond shortly after it was set and had been free for about the last year.

During that time, Wentling said, Aldag has shown remorse for what he did and has committed to staying sober.

“The one overriding thing here is that he did get help, he didn’t wait,” Wentling said. “He immediately realized that he couldn’t do this on his own. He has been addressing that seriously for the last year.”

Wentling said her client also has worked multiple jobs during the last year to pay restitution to the victim, whose medical bills totaled nearly $8,000.

Wentling told Johnson that a term of probation for Aldag would be appropriate, as he is unlikely to commit another crime as long as he is sober. Aldag also is active in his children’s lives despite his divorce, she said.

When asked if he’d like to make a statement, Aldag turned around and apologized to the victim for his actions.

“I’m really sorry. I never meant to hurt you; I think you’re a really good person,” an emotional Aldag told the victim in court. “That night, I don’t know what happened, but I’m seriously sorry to you and your whole family because I know I put them through a lot.”

In determining Aldag’s sentence, one of the evaluations Johnson is required to make is whether the crime committed would entail hardship to the defendant’s dependents.

“(The victim) about lost his life, and now your family is placed at risk because of your choices,” Johnson told Aldag. “A family man who cares about his kids probably wouldn’t be out at 3 o’clock in the morning. This is a risk that you chose to ignore and to proceed with your activities that evening.”

Johnson then sentenced Aldag to a term of 12 to 19 years in the Nebraska Department of Corrections — 10 to 16 years on the second-degree assault charge and 2 to 3 years on the terroristic threats charge.

Members of both the victim’s family and Aldag’s family were in tears as his sentence was handed down.

One of Aldag’s daughters was present for Thursday’s sentencing.

“I’m sorry. Be strong,” Aldag told his daughter as he was taken out of the courtroom in handcuffs.

Aldag was given credit for 3 days served in jail.

The racing season at Off Road Speedway has reached its midpoint, with points races in all four divisions too close to call, and contenders continued to try to influence those outcomes on Saturday night.