Impact on COVID-19 pandemic is causing rationing issue to resurface 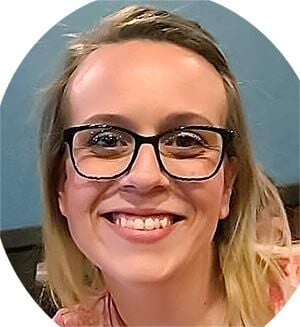 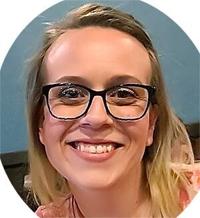 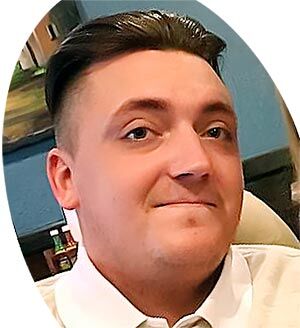 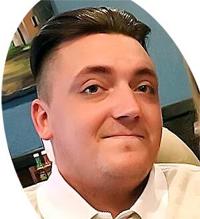 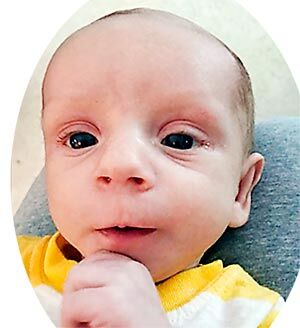 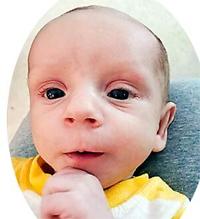 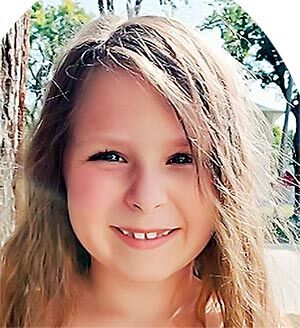 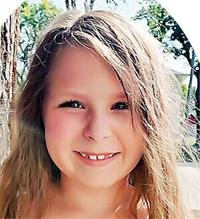 Visitation will be 4-8 p.m. Thursday and will continue from 9 a.m. until service time Friday, all at the church, where there will be 9:45 a.m. family prayer service.

Gass Haney Funeral Home of Columbus is in charge of the arrangements.

Janelle, Lars, Natasha and Lars Jr. died from smoke inhalation at their home on Saturday, Oct. 17, 2020, and went to their Eternal Heavenly Home.

Janelle was born April 13, 1992, in Norfolk, to Roger and Kylie (Taubenheim) Miller. Janelle grew up in faith. She attended grade school at St. John in Battle Creek and graduated from Lutheran High Northeast in Norfolk.

After attending South Dakota State University for a year, she returned to Columbus, where she worked at Bomgaars until her passing.

She sang with joy and passion. She loved sharing Christ at Camp Luther. She made friends wherever she was. As a sister and daughter, she loved fiercely. As a mother, she loved unconditionally as her Heavenly Father loved her.

Janelle first met Lars as a friend in approximately 2017, but then they became so much more, with intentions to marry at some point. They expanded their family in 2020 with Lars Alexander Jr.

Janelle held fast to the Lord taking comfort: “So do not fear, for I am with you, do not be dismayed, for I am your God. I will strengthen you and help you; I will uphold you with my righteous right hand.” — Isaiah 41:10

Janelle is survived by her parents, Roger and Kylie Miller; her sisters; Brittnie, LeAnn and Kendra Miller; and her grandparents, Gerald and Velma Taubenheim and Alice Miller.

Lars was born Dec. 7, 1992, at Columbus Community Hospital, the son of Lance Allen Barcel Sr. and Leslie Marie (McCutchen) Barcel. He graduated from Columbus High School and then began working with Barcel Logging, later becoming an electrician with Commonwealth Electric. He was employed with Capital City Electric at the time of his passing.

Lars first met Janelle as a friend in approximately 2017, but then they became so much more. With intentions to marry at some point, he was a father to Natasha Lambrecht from Janelle’s first marriage, and then became a wonderfully loving father to their son, Lars Alexander Barcel II “Baby Alex,” on June 2, 2020.

Those who knew Lars, knew he had a dark sense of humor and was a strong believer in Second Amendment rights, and you did not want to get him started on conspiracy theories. He enjoyed target shooting with his friends and playing golf with his father and one of his brothers, Lance Jr. He loved family. He loved being a dad. He loved watching movies with Janelle and the kids, along with taking walks and enjoying nature. He was at the best place emotionally he had ever been, ever.

Lars is survived by his loving parents, Lance and Leslie Barcel; his supportive brothers, Lance Jr. and Liam Barcel; his grandparents, Larry and Vicky Barcel and Ed and LaDonna McCutchen; his godmother, Lori Barcel; his godfather, Larry Balmer; and so many cousins, aunts and uncles.

Natasha was born Jan. 28, 2014, in Columbus, to Nic Lambrecht and Janelle Miller. She grew up and resided in Columbus. Natasha was loved deeply by her family and friends — her joy was shared wherever she went. Her favorite past times were being with family and laughing.

Natasha was full of life. She was always curious and eager to learn. She had a laugh that could fill a room and a spirit that drove everyone around her. She loved to sing and dance every chance she got.

Natasha helped look after her brothers and sister, trying to hold them and helping with what she could. She excelled at school and making friends with anyone. Her favorite color was purple, and she loved unicorns and mermaids. She was always drawing or writing for everyone in her family.

Natasha held fast to the Lord taking comfort: “So do not fear, for I am with you, do not be dismayed, for I am your God. I will strengthen you and help you; I will uphold you with my righteous right hand.” — Isaiah 41:10.

Lars was born June 2, 2020, in Columbus to Lars Barcel and Janelle Miller.

Lars is survived by his grandparents, Lance and Leslie (McCutchen) Barcel and Roger and Kylie (Taubenheim) Miller; his great-grandparents, Larry and Vicky Barcel and Ed and LaDonna McCutchen, Gerald and Velma Taubenheim and Alice Miller; his uncle, Lance Jr and Liam Barcel; and his aunts, Brittnie, LeAnn and Kendra Miller.

The funeral service will be broadcast live on Gass Haney Funeral Homes Facebook page. Condolences may be sent to www.gasshaney.com.

NELIGH — Services for JoAnn R. Kilpatrick, 91, Neligh, will be held at a later date. Burial will be in West Willowdale Cemetery.

STANTON — Memorial services for Thomas C. Barth, 66, Stanton, will be at 10:30 a.m. Saturday, Dec. 5, at the New England Congregational Church in Stanton. Inurnment will be in the Stanton Cemetery.

CROFTON — Services for Alice L. Hegge, 79, Crofton, are pending at Wintz Funeral Home in Crofton. She died Monday, Nov. 30, 2020, at Avera Sacred Heart Hospital in Yankton due to COVID-19 complications.

ATKINSON — Services for Johanna E. Faler, 79, Hagerstown, Md., will be at 10:30 a.m. Wednesday, Dec. 2, at St. Joseph’s Catholic Church in Atkinson. Burial will be in the parish cemetery in Atkinson.

BLOOMFIELD — Private services for Wilbur Grimm, 87, Bloomfield, will be Thursday, Dec. 3, at St. Andrew’s Catholic Church in Bloomfield. The Rev. Kizito Okhuoya will officiate. Public graveside services will follow at about 2 p.m. at Bloomfield City Cemetery. Military honors will be provided…

NORFOLK — Services for Donald G. Volk, 91, Battle Creek, are pending at Home for Funerals in Norfolk. He died Tuesday, Dec. 1, 2020, in Battle Creek.

WISNER — Services for Lois A. Johnson, 94, Wisner, are pending at Minnick Funeral Home in Wisner. She died Monday, Nov. 30, 2020, at the Stanton Health Center in Stanton.

ORCHARD —  Private services for Bud Godel, 86, Orchard, will be Friday, Dec. 4, followed by a public graveside service at noon at Hope-Enterprise Cemetery near Orchard. Steve Randolph will officiate.

The Daily News publishes death notices and obituaries on a daily basis for Norfolkans, area residents and former residents.

Death notices, which include information about when and where a person died, funeral services, burial and visitation for the deceased and memorial information, are published free of charge.

Norfolk and area funeral homes have detailed information about placing an obituary in the Daily News. If individuals want to submit obituary information themselves, it can be emailed to funerals@norfolkdailynews.com or faxed to (402) 644-2080.

People needing additional information about death notices and obituaries can call the Daily News at 371-1020 or (877) 371-1020 and ask for the newsroom.