With low inputs for feed costs and processing, U.S. doesn’t need to be importing so much beef 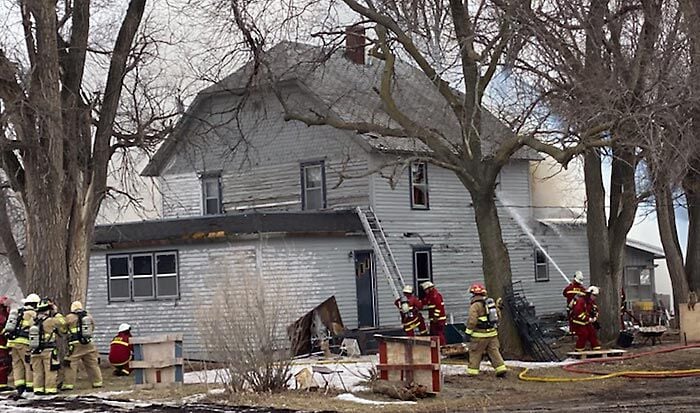 FIREFIGHTERS WERE battling a house fire on the north end of Battle Creek over the noon hour Thursday. The fire was reported late in the morning. 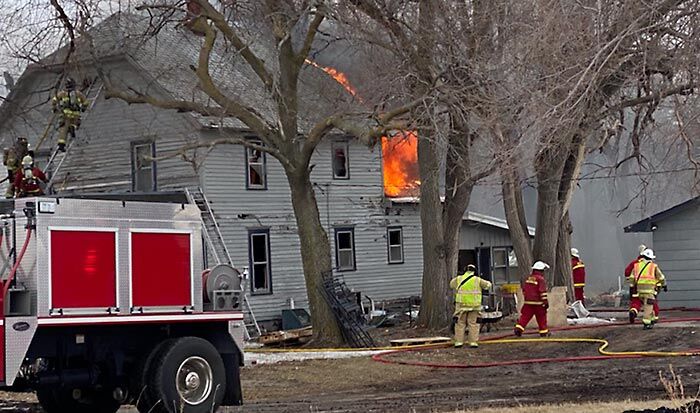 FLAMES COULD BE viewed coming from a house fire in Battle Creek over the noon hour Thursday, with the flames appearing to come from the second floor. 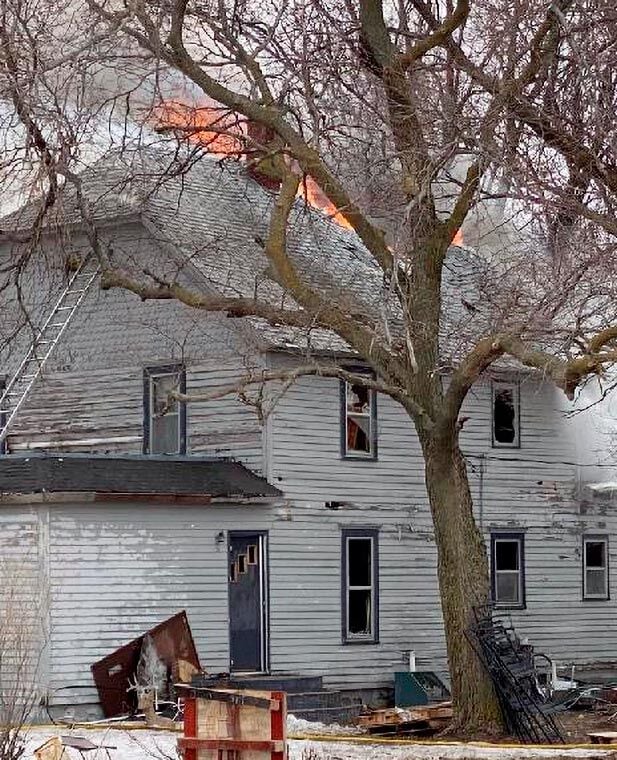 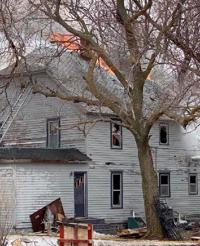 ABOUT 12:45 p.m. Thursday, the roof of a second story house in Battle Creek collapsed from fire bolstered by gusty winds.

FIREFIGHTERS WERE battling a house fire on the north end of Battle Creek over the noon hour Thursday. The fire was reported late in the morning.

FLAMES COULD BE viewed coming from a house fire in Battle Creek over the noon hour Thursday, with the flames appearing to come from the second floor.

BATTLE CREEK — As of 2:15 p.m., a house fire on the north end of Battle Creek was mostly contained, but still burning. The home is a total loss, said Battle Creek Rescue Capt. Michael Fleer.

Fleer said firefighters arrived at 10:48 a.m. Thursday. Along with Battle Creek, there were firefighters from Norfolk and Meadow Grove.

At 1:45 p.m., the state fire marshal was on the scene and plans to investigate after the fire is extinguished, he said.

Fleer said it is believed that the fire started on the first floor and worked its way up to the second floor, but until the fire is out and investigated, it won’t be known for certain.

The people living in the home were not present at the time of the fire. There were no injuries.

BATTLE CREEK — Firefighters from at least three departments were battling a house fire Thursday in Battle Creek that seemed to be made worse from windy conditions.

Firefighters from Battle Creek, Norfolk and Meadow Grove could be seen over the noon hour battling the two-story house fire, with at least 15 firefighters visible. The call came in late Thursday morning.

At about 12:15 p.m., the flames became more noticeable when gusty north winds picked up. The upper level appears to be the most effected, especially on the south side of the house. About 12:45 p.m., the roof caved in.

It didn’t appear that anybody was in the home as there were no rescue efforts being made. Ladders to the second level appeared to be for hoses.

The residence is 54570 840th Road, which is on the north end of Battle Creek, near Producers Hybrids.

There are no hydrants near the house, with firefighters using trucks to bring in water. A Madison County Sheriff’s deputy was on the scene controlling traffic.

Reports from the National Weather Service indicated that wind gusts were in excess of 30 mph from the north.

Biden brings no relief to tensions between US and China

WASHINGTON (AP) — President Joe Biden took office promising to move quickly to restore and repair America’s relations with the rest of the world, but one major nation has yet to see any U.S. effort to improve ties: China.

WASHINGTON (AP) — The U.S. Capitol Police say they have intelligence showing there is a “possible plot” by a militia group to breach the U.S. Capitol on Thursday.

Deadly California crash was on route for illegal crossings

HOLTVILLE, Calif. (AP) — Barely a mile from where an SUV packed with 25 people struck a tractor-trailer — killing 13 inside — there is a cemetery with unmarked bricks that is a burial ground for migrants who died crossing the border from Mexico to remote California desert.

WASHINGTON (AP) — President Joe Biden said the U.S. expects to take delivery of enough coronavirus vaccine for all adults by the end of May — two months earlier than anticipated — and he pushed states to get at least one shot into the arms of teachers by the end of March to hasten school reo…

WASHINGTON (AP) — President Joe Biden and Democrats agreed Wednesday to tighten the upper income limits at which people could qualify for stimulus checks, a Democratic official said, a major concession to moderates as party leaders prepared to move their $1.9 trillion coronavirus relief bill…

Many industrious students now have the equipment necessary to leave school grounds — virtually or literally — to experience learning they can’t get in a classroom.

MADISON — The Madison County Board of Commissioners and county officials are preparing for major electrical work this summer that will disrupt operations at the courthouse.

Biden brings no relief to tensions between US and China

WASHINGTON (AP) — The U.S. Capitol Police say they have intelligence showing there is a “pos…

Deadly California crash was on route for illegal crossings