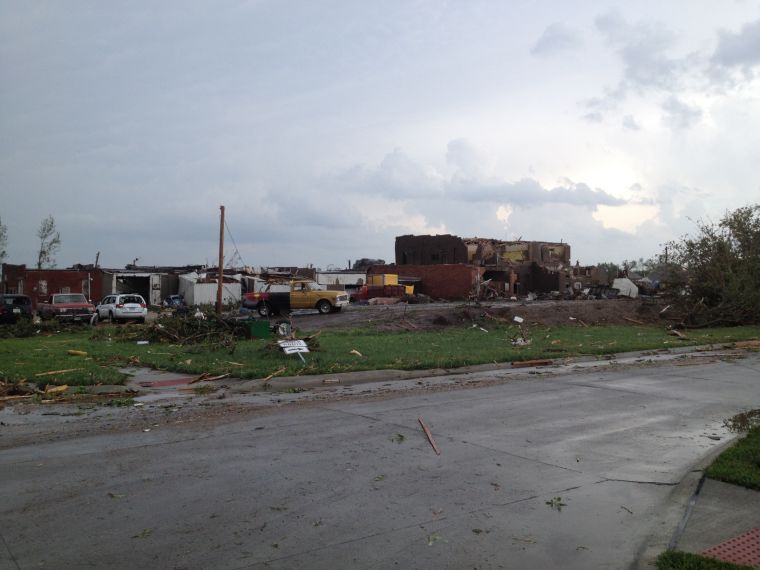 Tornadoes struck the town of Pilger on Monday afternoon, and the town suffered extensive damage from the storm. 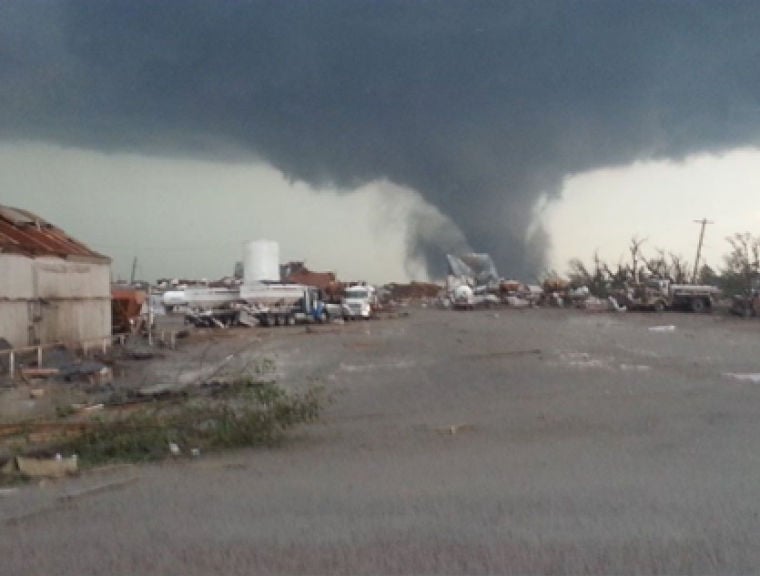 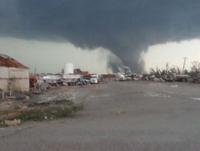 This photo was taken by Ryan Kruger as the tornado approached Pilger on Monday afternoon. 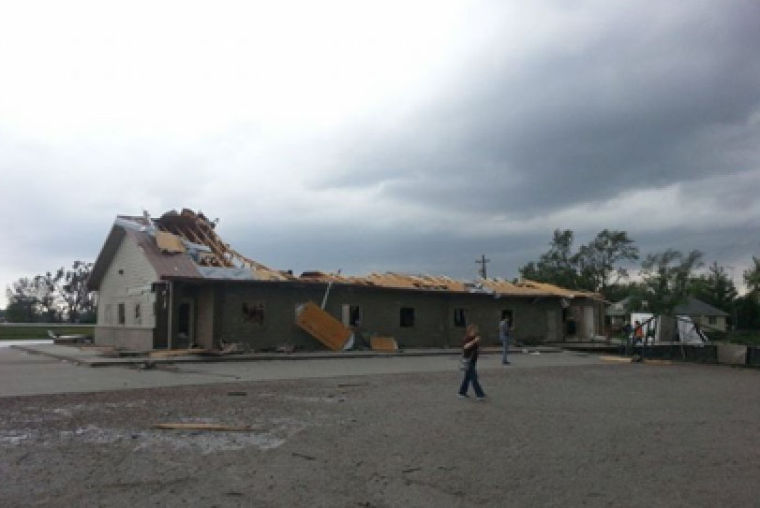 This is where Ryan Kruger and five of his co-workers took cover during Monday's tornado that tore through Pilger.

Tornadoes struck the town of Pilger on Monday afternoon, and the town suffered extensive damage from the storm.

This photo was taken by Ryan Kruger as the tornado approached Pilger on Monday afternoon.

This is where Ryan Kruger and five of his co-workers took cover during Monday's tornado that tore through Pilger.

PILGER — Ryan Kruger and five of his co-workers spent two terrifying minutes inside a vault while a tornado ripped apart the village of Pilger late Monday afternoon.

"We watched it (the storm) build from the office and finally decided it was time to get in the vault," the Norfolk man said by phone a couple of hours after the storm hit.

"It was over in two minutes," he added.

But the damage that was caused in those few minutes was monumental.

While inside the vault, the employees of the Farmers Co-operative listened as the air churned and swirled around them.

"Our ears started popping. . . and we heard a swishing sound," he said."About the time we figured it was over, the roof caved in.”

Just next door, more co-op employees waited out the storm huddled in the meat cooler in the Pilger Store, Kruger said.

All of them emerged to find the world they had known two minutes earlier ripped apart.

Indeed, the co-op’s elevator and grain bins are gone, as are other auxiliary buildings. The roof of the office building — where Kruger and his co-workers huddled in the vault — had been ripped off.

And all that remains of the Pilger Store is one wall.

"Not much left to it," Kruger said. "The front is still there."

Although he hadn't made his way north, Kruger said he had been told that the northern part of the town had been spared.

In the hours after the storm hit, he and others, including emergency personnel, were searching houses for injured people and "trying to get everyone rounded up at the park," he said.

They were also checking for leaking propane tanks and ruptured gas lines.

As for Kruger, he'd be happy never having to experience such a thing again.

Several witnesses gave testimony on the emotional second day of Dale Matteson’s jury trial, for which the panel is tasked with deciding if Matteson is guilty of child abuse resulting in death.

LINCOLN — A bill in the Legislature would allow residents to purchase their fireworks in Nebraska rather than traveling to a neighboring state.

A police officer wounded in a shooting at a Tennessee high school is a 20-year veteran of the force who worked at the school, authorities said Tuesday.

Should sales taxes be raised to fund projects? How will Norfolk spend COVID relief funds? Should the city zone for tiny houses?

After state officials reassured Nebraskans on Monday about vaccine safety, the Nebraska Department of Health and Human Services and the Douglas County health department temporarily suspended the use of the Johnson & Johnson vaccine.

LAUREL — “For the last several months, I haven’t been anywhere.”

After the COVID-19 pandemic forced Northeast Community College to hold its 2020 graduation ceremony online, administrators have decided to hold this year’s commencement in person with six events over a two-day period.

Pentagon chief on inaugural tour of Europe to shore up ties

Protest after chief says officer meant to use Taser, not gun

BROOKLYN CENTER, Minn. (AP) — Police clashed with protesters for a second night in the Minne…