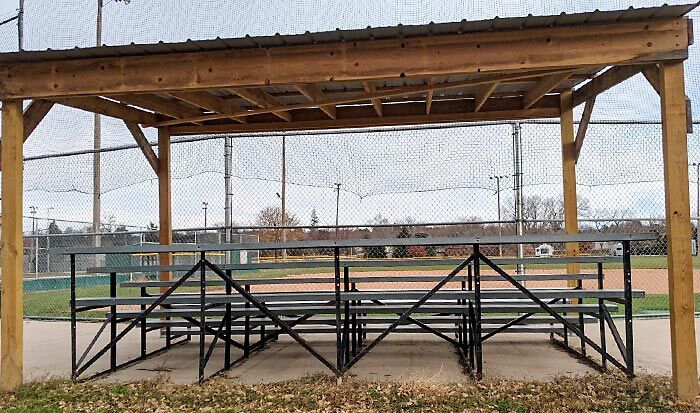 New shades were installed over the baseball bleachers in Neligh's Riverside Park. 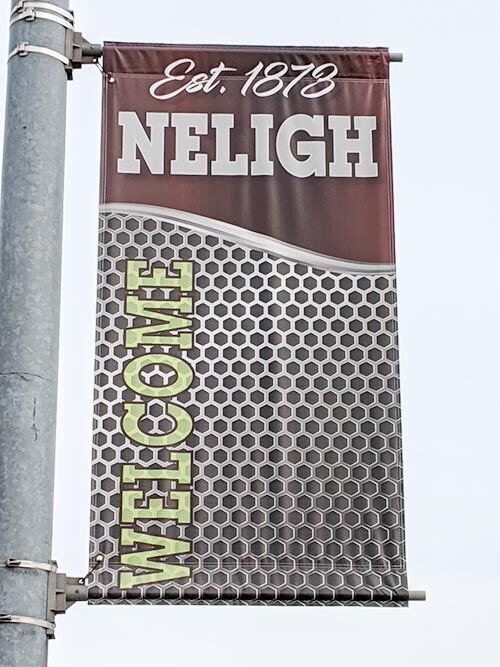 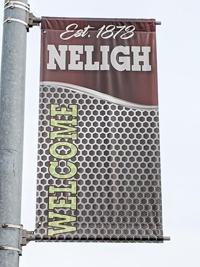 New shades were installed over the baseball bleachers in Neligh's Riverside Park.

NELIGH — In the 1970s, a group of people in Neligh began a foundation to help raise funds to support the town.

Al Stelling, who has been a Farm Bureau insurance agent in Neligh for 39 years, has been the chairman of the group since 2018.

In February 2019, the Neligh Area Community Fund became affiliated with the Nebraska Community Foundation, or NCF, which is located in Lincoln and is a 501(c)(3) public charity that uses philanthropy to help “communities develop strong local economies, high quality of life and abundant leadership and volunteer opportunities,” according to its website at nebcommfound.org.

NCF manages funds for a number of communities across Nebraska, including Neligh. The Neligh Area Community Fund has five accounts with NCF. One of those is an unrestricted endowment fund.

According to the NCF’s website, the unrestricted endowment fund is “a permanent account whose assets are invested to generate an ongoing source of income year after year.” To fund their unrestricted endowment, the Neligh Area Community Fund accepted a challenge grant from Jim and Pat Blackburn of Blackburn Manufacturing in July 2020.

If they can raise $300,000, that unrestricted endowment fund will earn 4.5% interest each year and give Neligh $12,500 every year to use for community projects.

Over the years, the Neligh Area Community Fund has done many things to help the community of Neligh. A couple of recent things, according to Stelling, were the addition of shades over the bleachers on one of the baseball fields in the Riverside Park this past summer and new banners that are being installed along Highway 275 through town. The banners are a joint project with the City of Neligh and the Antelope County Tourism Fund to replace the banners that had been in place to mark Neligh’s sesquicentennial years ago.

Stelling said they also are working on promoting the downtown Old Mill District to entice more visitors to Neligh.

Stelling credits the Blackburns for their continuous generosity to the community of Neligh. Their partnership in the ongoing challenge grant is “something they can do that will keep on giving for years to come.”

While the Blackburns may be donating a large amount of money to the fund, Stelling wants people to know that “no donation is too small” and that every dollar donated helps them to reach that $200,000 mark.

Anyone wanting to make a donation can do so on the NCF website (www.nebcommfound.org) or by contacting Stelling. His phone number is 402-340-0939, and his email address is al.stelling@fbfs.com. Nelighareacommunityfund.wordpress.com contains a link to the NCF website as well.

Consumers warned about ‘12 scams of Christmas’

As 2021 winds down, scams targeting the public continue to cause trouble.

US warns Russia as Kremlin talks about war threat in Ukraine

MOSCOW (AP) — The Kremlin voiced concern Thursday about a possible escalation of fighting in a separatist conflict in eastern Ukraine as the U.S. issued a strong warning to Russia to stay away from Ukraine.

RIVERSIDE, Calif. (AP) — Police were looking for a man dubbed the “snake burglar” who wriggled his way through a Southern California business and fled with several thousands dollars.

A Stanton man was transported to the hospital Tuesday afternoon with nonlife-threatening injuries following a rollover accident.

LINCOLN — For the week ending Sunday, there were 6.9 days suitable for fieldwork, according to the USDA's National Agricultural Statistics Service.

More regions of Russia require vaccines for people 60 and up

MOSCOW (AP) — More regions of Russia have made COVID-19 vaccines mandatory for residents age 60 and over as the country tries to control coronavirus infections and to keep the omicron variant at bay.

GRAND RAPIDS, Mich. (AP) — An 11-year-old girl who survived a Michigan plane crash that killed her father and three other people was released Wednesday from a rehabilitation hospital.

MADISON, Wis. (AP) — The man accused of driving his SUV through a Christmas parade in suburban Milwaukee, killing six people and injuring dozens, said Wednesday that he feels like he's being “demonized.”

Study suggests past COVID infection may not fend off omicron

THE HAGUE, Netherlands (AP) — South African scientists are warning that reinfections among p…

WHO says measures used against delta should work for omicron

Kremlin: Putin to seek guarantees over Ukraine from Biden

More regions of Russia require vaccines for people 60 and up