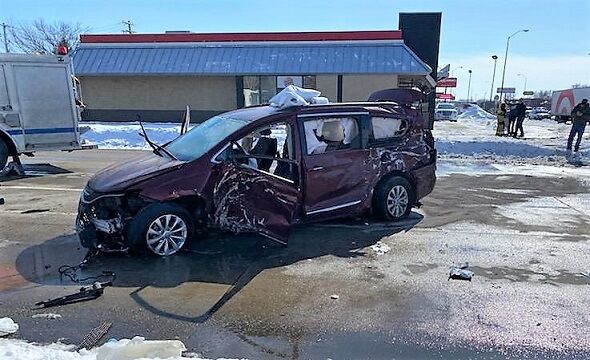 A THREE-VEHICLE accident Thursday afternoon sent one person to the hospital. A Chrysler van involved in the accident is considered a total loss. 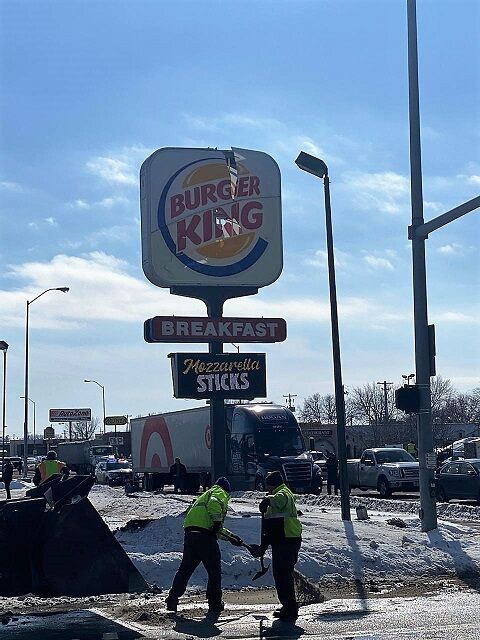 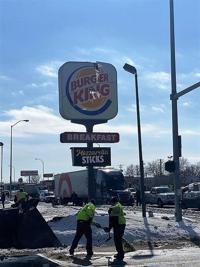 IN ADDITION TO three vehicles, a Burger King sign and a light pole also sustained damage as a result of Thursday’s accident.

A three-vehicle accident near the intersection of 13th Street and Pasewalk Avenue sent one person to the hospital Thursday afternoon.

At about 1:15 p.m., a maroon Chrysler van was traveling northbound at a high rate of speed when it collided with a northbound white pickup and a northbound black sedan, said Sgt. Fred Roskens with the Norfolk Police Division.

After colliding with the two vehicles, the van went airborne and flipped over through the Burger King parking lot before coming to rest on Pasewalk Avenue, Hoskins said.

The two occupants in the Chrysler van were from Minnesota; the driver was transported to the hospital and the passenger of the vehicle sustained minor injuries, Roskens said.

Norfolk Fire and Rescue assisted at the scene.

The accident remains under investigation.

Norfolk High School students will be able to enjoy a traditional prom and graduation ceremony as allowed by directed health measures.

The pandemic resulted in lower academic progress for schools around the country, and Norfolk Public Schools wasn’t spared of the effects on its own achievement scores.

Heads up: Some sea slugs grow new bodies after decapitation

NEW YORK (AP) — Fully vaccinated Americans can gather with other vaccinated people indoors without wearing a mask or social distancing, according to long-awaited guidance from federal health officials.

Wisner to celebrate St. Pat’s for the 50th year

WISNER — In Wisner, the Irish and not-so-Irish have honored a saint from Ireland with parades, shamrocks and a bit o’ the blarney. With a history dating back more than 1,500 years, St. Patrick’s Day has been observed for the past 50 years in Wisner.

CENTER — An old barn that sat empty near Highway 13 north of Center for many years now stands as a tribute to an area couple’s late son.

Jury selection is 1st battleground at trial in Floyd’s death

MINNEAPOLIS (AP) — The fate of a former Minneapolis police officer who pressed his knee into George Floyd’s neck as the Black man said he couldn’t breathe will be decided by 12 jurors picked after extensive grilling about their views on police and the justice system.

HOUSTON (AP) — Ernest and Hester Collins already faced their share of hardships before last month’s deadly winter storm plunged much of Texas into a deep freeze and knocked out power to millions of homes, including their modest rental in one of Houston’s historically Black neighborhoods, Fif…

Jury selection is 1st battleground at trial in Floyd’s death

Heads up: Some sea slugs grow new bodies after decapitation