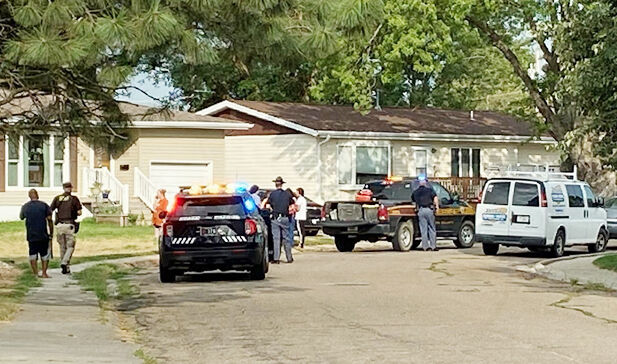 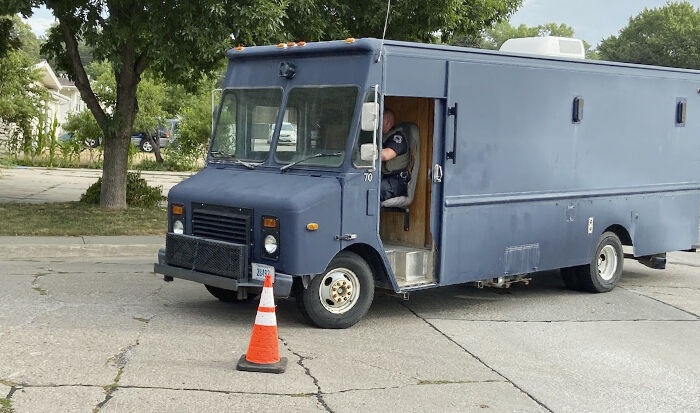 A LARGE police vehicle arrives on the scene of Madison Avenue shortly before 9 a.m. Saturday.

A LARGE police vehicle arrives on the scene of Madison Avenue shortly before 9 a.m. Saturday.

Law enforcement officers from at least four agencies had the 2400 block of Madison Avenue barricaded starting around 8:40 a.m. Saturday in Norfolk from a man who apparently had ran from officers and refused to come out of one of the residences.

Madison County Sheriff Todd Volk said shortly before 10 a.m. that officers were just waiting it out to try to have the situation end peacefully.

Capt. Mike Bauer of the Norfolk Police Division said police responded to a call of shots fired on Saturday at 7:28 a.m. in the 900 block of South Third Street.

Officers arrived and determined that several firearm shots were directed at a house, Bauer said. Bullet holes were documented in the home and shell casings recovered, he said, and no injuries were reported.

A vehicle, along with a person of interest, was identified and officers in the area of 25th Street and Madison Avenue responded.

A woman, who declined to give her name, told the Daily News she was the victim of the shooting and she had holes in the ceiling of her house. The woman said she believes she knows who the intended target was, but it was not her.

Bauer said for the safety of everyone, people are being asked to avoid the area.

SALT LAKE CITY (AP) — The federal government on Tuesday is expected to announce water cuts to states that rely on the Colorado River as drought and climate change leave less water flowing through the river and deplete the reservoirs that store it.

GILLETTE, Wyo. (AP) — The rolling prairie lands of northeastern Wyoming have been a paradise of lush, knee-deep grass for sheep, cattle and pronghorn antelope this summer.

Listed below is the 24-hour rainfall in inches as of 7 a.m. Tuesday in area communities.

Over-the-counter hearing aids expected this fall in US

WASHINGTON (AP) — Millions of Americans will be able to buy hearing aids without a prescription later this fall, under a long-awaited rule finalized Tuesday.

KYIV, Ukraine (AP) — At least three Ukrainian civilians have been killed and 20 others wounded in the latest artillery barrages from the Russian military, Ukrainian officials said Monday.

MOSCOW (AP) — Russian President Vladimir Putin accused the United States of trying to encourage extended hostilities in Ukraine as part of what he described Tuesday as Washington's alleged efforts to maintain its global hegemony.

A rural Pilger woman sustained injuries that were not considered life-threatening in a rollover accident on Saturday in Stanton County.

Ship that Ukraine alleges has stolen wheat likely off Syria

Over-the-counter hearing aids expected this fall in US