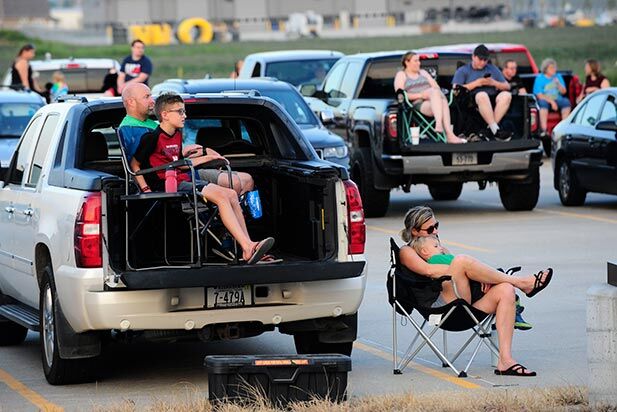 PEOPLE SIT in chairs and their vehicles while practicing social distancing during a concert by Christian rock band Seventh Day Slumber on Wednesday night. The free concert was hosted by Our Savior Lutheran Church and took place in their parking lot. 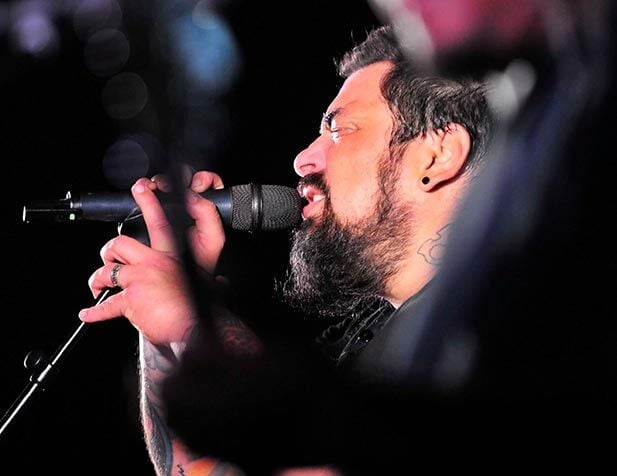 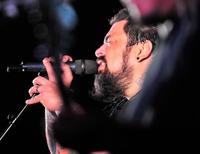 JOSEPH ROJAS, frontman for Christian rock band Seventh Day Slumber, belts out a tune as the band plays a free concert hosted by Our Savior Lutheran Church on Wednesday night in Norfolk. 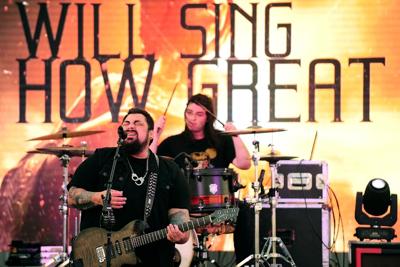 The free concert was hosted by Our Savior Lutheran Church and took place in the church’s parking lot. The band — which derives its name from Genesis 2:2 where on the seventh day, after creating the universe, God rested — has been performing around the country, arriving in Norfolk after a concert in North Platte. This month, the band also has played concerts in Oklahoma, Kansas, Kentucky and Ohio.

Seventh Day Slumber frontman Joseph Rojas gave his life to Jesus in the back of an ambulance after a suicide attempt, overdosing under the same roof where his praying mother fell to her knees daily.

His $400 a day cocaine habit left him nowhere to turn, and he said God supernaturally showed up on the way to the hospital that night, touching his heart and changing his life.

Members of the League Association of Risk Management (LARM) Board of Directors approved the hiring of Dave Bos of Norfolk as the LARM executive director at their September quarterly meeting.

Emil W. Reutzel, Jr. — the distinguished retired editor of the Norfolk Daily News — died Saturday, Sept. 26, at the age of 97 at his home in Coronado, Calif.

THE HAGUE, Netherlands (AP) — One of the suspects charged in the downing of Malaysia Airlines Flight 17 over eastern Ukraine in 2014 denies any involvement and wants to speak in court to explain his version of events, his lawyer said Monday as the trial in absentia of three Russians and a Uk…

PONTIAC, Mich. (AP) — A dispute over cutting in line led to a fatal shooting outside a popular haunted house in southeastern Michigan, police said.

In place of the city’s annual Oktoberfest celebration, a substitute for this year stood in its place this weekend at Off Road Ranch on Friday and Saturday.

Judge Amy Coney Barrett, President Donald Trump’s nominee for the Supreme Court, has been on the 7th U.S. Circuit Court of Appeals since 2017.

WASHINGTON (AP) — Four years ago, Amy Coney Barrett was a little-known law professor in Indiana. Within weeks, she is likely to be the newest associate justice on the U.S. Supreme Court.

THE HAGUE, Netherlands (AP) — One of the suspects charged in the downing of Malaysia Airline…