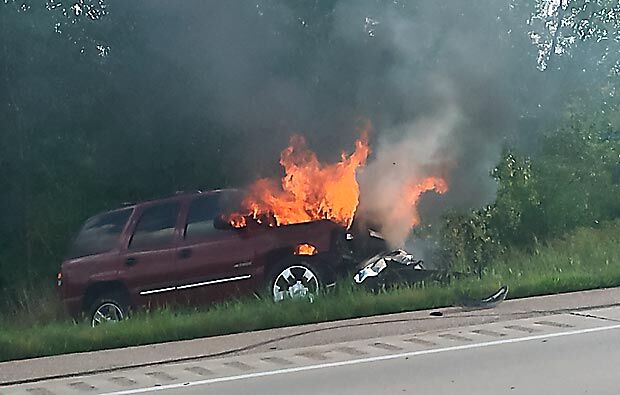 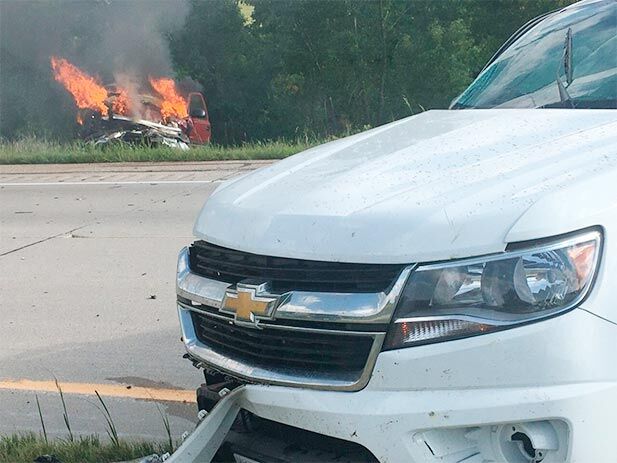 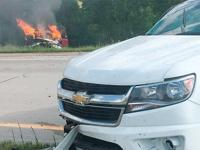 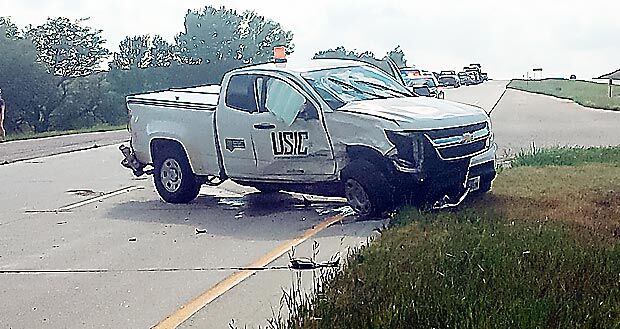 At about 5:30 p.m. on Thursday the Stanton County Sheriff's Office responded to a two-vehicle accident at the intersection of Highway 275 and 561st Avenue, about 3 miles east of Norfolk.

A pickup driven by Douglas Risinger, 60, of rural Norfolk turned south off of Highway 275 into the path of an eastbound SUV driving by 56-year-old Kurt Hansen of West Point, said Sheriff Mike Unger.

Risinger was transported to Faith Regional Health Services by Norfolk Fire and Rescue and Hansen was treated at the scene and declined medical transport, Unger said.

Hansen's vehicle started on fire and the front end was completely engulfed in fire on arrival of the first Sheriff’s unit. Both drivers were wearing seatbelts and airbags deployed in both vehicles, lessening more serious injuries, Unger said.

The eastbound lanes of Highway 275 were blocked for over an hour as traffic was rerouted.

Both vehicles are a total loss.

Members of the League Association of Risk Management (LARM) Board of Directors approved the hiring of Dave Bos of Norfolk as the LARM executive director at their September quarterly meeting.

Emil W. Reutzel, Jr. — the distinguished retired editor of the Norfolk Daily News — died Saturday, Sept. 26, at the age of 97 at his home in Coronado, Calif.

THE HAGUE, Netherlands (AP) — One of the suspects charged in the downing of Malaysia Airlines Flight 17 over eastern Ukraine in 2014 denies any involvement and wants to speak in court to explain his version of events, his lawyer said Monday as the trial in absentia of three Russians and a Uk…

PONTIAC, Mich. (AP) — A dispute over cutting in line led to a fatal shooting outside a popular haunted house in southeastern Michigan, police said.

In place of the city’s annual Oktoberfest celebration, a substitute for this year stood in its place this weekend at Off Road Ranch on Friday and Saturday.

Judge Amy Coney Barrett, President Donald Trump’s nominee for the Supreme Court, has been on the 7th U.S. Circuit Court of Appeals since 2017.

WASHINGTON (AP) — Four years ago, Amy Coney Barrett was a little-known law professor in Indiana. Within weeks, she is likely to be the newest associate justice on the U.S. Supreme Court.

THE HAGUE, Netherlands (AP) — One of the suspects charged in the downing of Malaysia Airline…