New employees at the Daily News bring youth, enthusiasm to their work 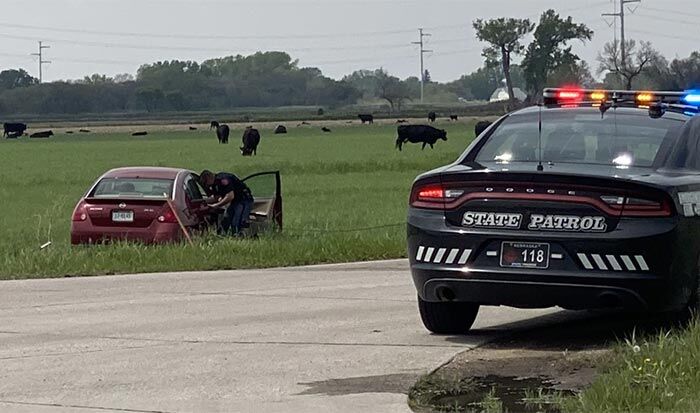 LAW ENFORCEMENT officers check out a vehicle that crashed Friday afternoon after being pursed north of Norfolk on the Northeast Industrial Highway. 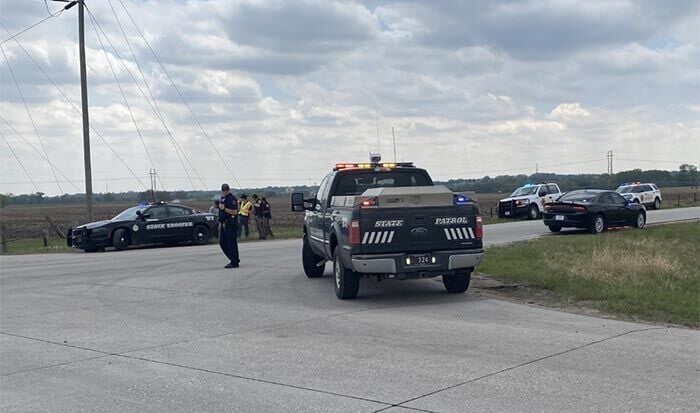 LAW ENFORCEMENT officers check out a vehicle that crashed Friday afternoon after being pursed north of Norfolk on the Northeast Industrial Highway.

A Norfolk man is in custody after allegedly crashing a stolen car into a field north of Norfolk before fleeing on foot.

At about 2 p.m. Friday, the Nebraska State Patrol responded to reports of a single-vehicle crash at the intersection of First Street and Industrial Highway in northern Norfolk.

A stolen northbound red Nissan driven by 27-year-old Landon Batenhorst of Norfolk allegedly ran a stop sign, narrowly missed colliding with an eastbound semi and ran through a barbed wire fence before his vehicle came to rest in a pasture, according to Sgt. Jesse Pfeifer with the Nebraska State Patrol.

After his vehicle came to a stop, Batenhorst fled on foot southbound along First Street. He was apprehended by patrolmen shortly after in a field about a half-mile south of where the crash occurred, Pfeifer said.

Batenhorst was arrested on suspicion of driving under the influence, driving under suspension and leaving the scene of an auto accident.

He was transported to Faith Regional Health Services in Norfolk to be evaluated, Pfeifer said. Batenhorst initially refused to give his name.

His vehicle sustained significant front end damage and also lost the right rear tire. A fence post and about 30 feet of barbed wire were damaged in the crash.

Troopers were directing traffic at the intersection of First Street and Industrial Highway until about 3:30 p.m.

As of Friday at about 6 p.m., Troop B of the Nebraska State Patrol was requesting that a female witness in a maroon Chevy Tahoe contact their office as they are seeking additional information.

During Monday's monthly meeting, the Norfolk Public Schools Board of Education accepted the resignation of Ben Ries, Norfolk High School activities director, in order for him to concentrate on recovering from the long-term effects of COVID-19.

How the Norfolk Public Schools district will operate in the wake of a pandemic is expected to be released in a new plan in late June.

Now in its fifth year, the Norfolk Area Business Hall of Fame is seeking nominations for the 2021 inductees, as well as the “emerging business” award.

WASHINGTON (AP) — The Justice Department’s top national security official is resigning from his position after revelations that the department secretly seized record s from Democrats and members of the media.

BRUSSELS (AP) — President Joe Biden reaffirmed the U.S. commitment to NATO on Monday as leading members declared it a pivotal moment for an alliance beleaguered during the presidency of Donald Trump, who questioned the relevance of the multilateral organization.

MINNEAPOLIS (AP) — A woman was killed and three other people were injured when an SUV struck a parked car and tossed it into demonstrators during a protest in the Minneapolis neighborhood where a Black man was fatally shot earlier this month during an arrest attempt, police and witnesses sai…

Vaccinated visitors soon can take off masks at Disney World

CHICAGO (AP) — A Chicago bus driver looking for a way to relieve stress during the coronavirus pandemic jumped into Lake Michigan for a 365th straight day on Saturday.

Vaccinated visitors soon can take off masks at Disney World