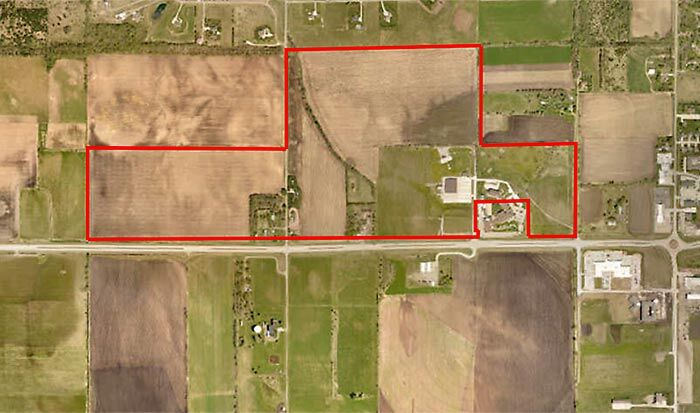 THE PROPOSED new redevelopment, outlined in red, is show in the image above. If the city council votes to blight the area, then redevelopment projects in the area can apply for tax increment financing. 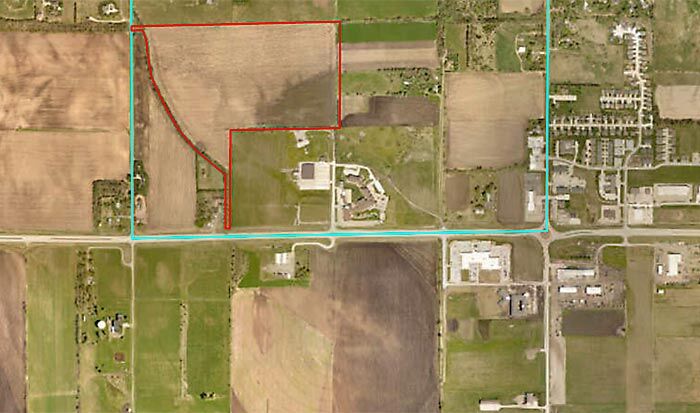 THE MAP above shows the tract of land owned by Ho-Chunk, Inc (outlined in red). This tract is part of a proposed redevelopment area along Highway 275, just west of Norfolk.

THE PROPOSED new redevelopment, outlined in red, is show in the image above. If the city council votes to blight the area, then redevelopment projects in the area can apply for tax increment financing.

THE MAP above shows the tract of land owned by Ho-Chunk, Inc (outlined in red). This tract is part of a proposed redevelopment area along Highway 275, just west of Norfolk.

A tract of land is in the new proposed redevelopment area by Ho-Chunk Inc., the economic arm of the Winnebago Tribe.

If the Norfolk City Council approves the proposed West Highway 275 Phase II redevelopment area, located west of Norfolk, then any redevelopment projects within its borders will be able to apply for tax increment financing.

Some have speculated that the Winnebago Tribe plans to build a casino in the area and use TIF to help pay for it. While Ho-Chunk does own a lot there, blighting that area would not be out of the ordinary, said Norfolk Mayor Josh Moenning.

“I know there’s a lot of speculation based on the fact that the 275 corridor was included in a recent blight study, but I guess I would say that if you go back just a few years, we’ve been continually bringing in more of that corridor into what’s considered a blighted area,” he said. “That’s nothing unusual. I think it’s worth noting that more than a third of the community, currently, is technically blighted. A lot of that blighted territory covers our highly trafficked areas.”

Moenning said Bradford Business Park was developed using the same process in a nearby area.

And if Ho-Chunk does want to build a casino on its lot, there’s no guarantee it will receive TIF to do it.

“Should there be any redevelopment process initiated, it will all be in a public light and be transparent and there will be opportunities for multiple public hearings,” Moenning said.

So whatever Ho-Chunk plans to do with its lot, there are still a lot of steps it would need to go through before it could use TIF.

The city council will vote on whether to blight the area following a public hearing at its Monday, June 21, meeting.

Ho-Chunk, Inc. was not able to be reached at time of press.

Help being sought for wind storms this month

LINCOLN – On Friday, Gov. Pete Ricketts issued a disaster declaration in response to the severe windstorms that struck Nebraska on July 9-10.

HUMPHREY — A $2.95 million bond issue for a new swimming pool will go to the voters in November.

TILDEN — From street dances to a ping-pong ball drop, Prairie Days offers a range of activities for all ages.

UPDATED: Motorcyclist transported for injuries after accident with van

A Norfolk man was hospitalized Friday morning and later transported via helicopter after a van struck his motorcycle in western Norfolk near Faith Regional Health Services.

Truck, tractor pull to rumble through the Dixon County fairgrounds

CONCORD — Since 1913, folks in Dixon County have been gathering for the fair.

The Lower Elkhorn Natural Resources District Board of Directors tabled a resolution promoting water quality despite the ongoing issue of high nitrate levels in parts of the district.

China blasts dam to divert floods that killed at least 25

Cocaine disguised as cake seized from vehicle in Maine