Giving tax breaks to some makes completing taxes difficult for all 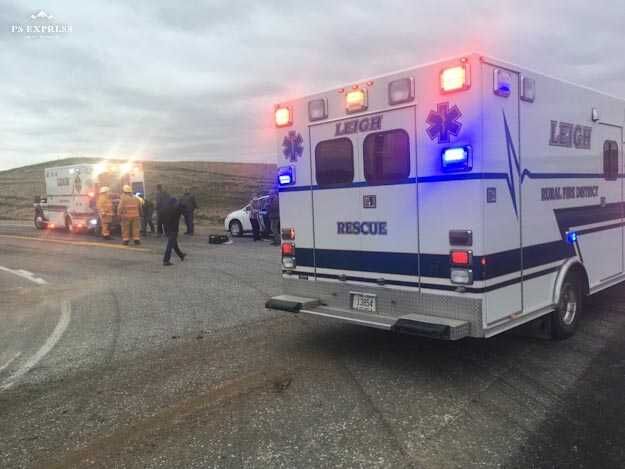 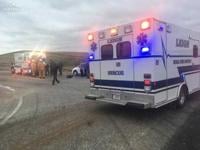 Five people were transported to the hospital Thursday evening following a two-vehicle accident south of Stanton near the intersection of two highways. 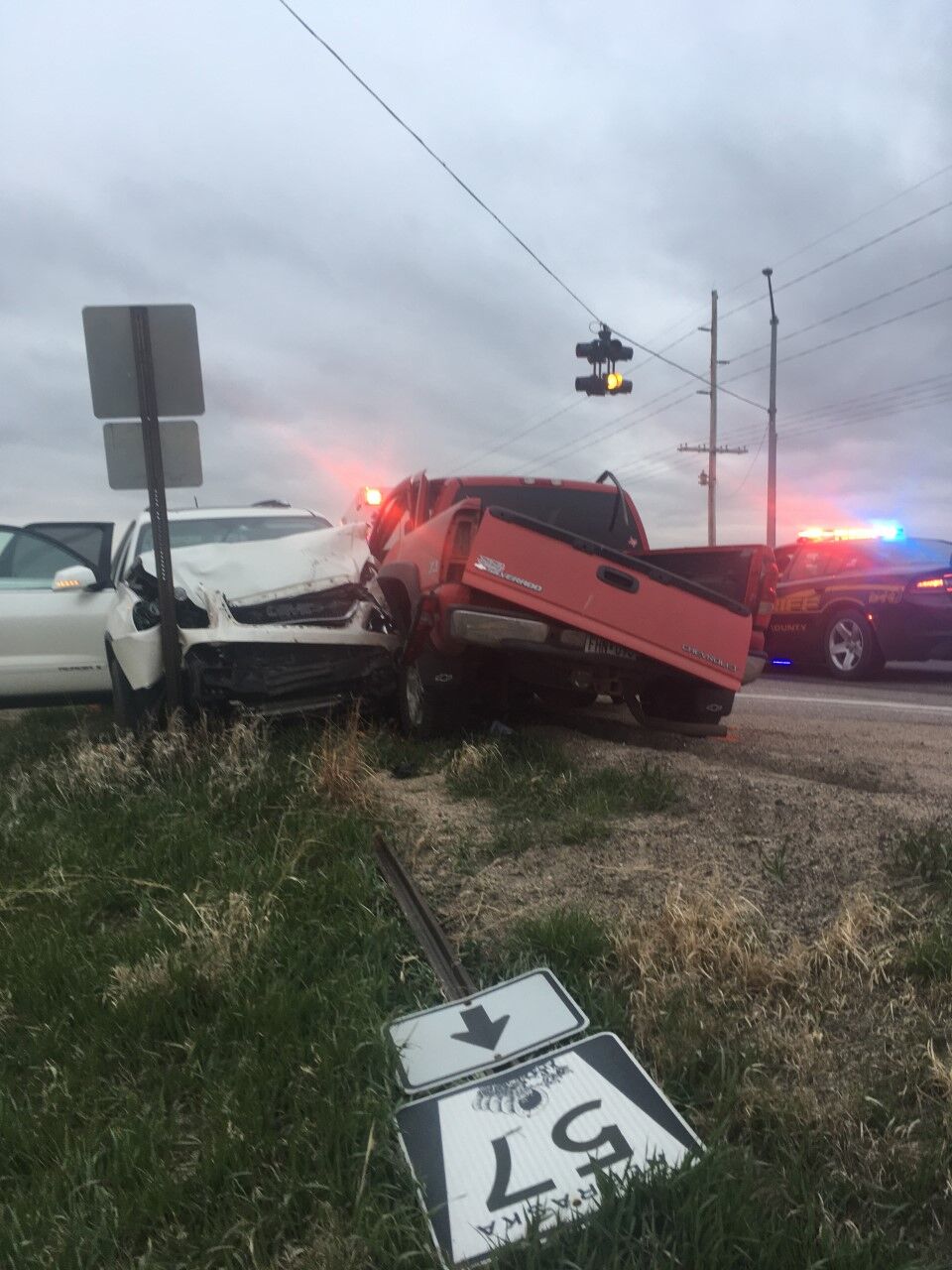 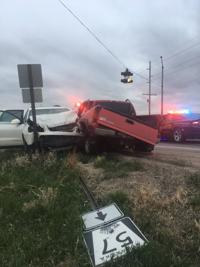 An accident at the intersection of Highway 57 and Highway 32 on Thursday evening in southern Stanton County sent several people to the hospital.

Five people were transported to the hospital Thursday evening following a two-vehicle accident south of Stanton near the intersection of two highways.

An accident at the intersection of Highway 57 and Highway 32 on Thursday evening in southern Stanton County sent several people to the hospital.

Just after 7 p.m. on Thursday, the Stanton County Sheriff’s Office responded to a two-vehicle accident that occurred at the Highway 32 and Highway 57 junction, about 8 miles south of Stanton.

Stanton County Sheriff Mike Unger said an eastbound pickup driven by Angel Sandoval, 31, Madison, pulled into the path of a southbound SUV driven by Mistie Foote, 34, Clarkson. The collision forced both vehicles off the roadway in the west ditch, he said.

Sandoval was extricated from the wreckage. Sandoval and his two children, ages 8 and 10, were all transported to Faith Regional Health Services in Norfolk by ambulance, the sheriff said.

Foote and her teenage daughter were also transported to Faith Regional by ambulance, Unger said.

Stanton Fire/Rescue along with Leigh and Clarkson Rescue responded to the scene. The highway intersection was partially blocked for just over an hour as the scene was cleared.

Unger said seatbelts were in use and airbags deployed in both vehicles and are credited with preventing more serious injuries. Stanton County Emergency Management also assisted at the scene with traffic control.

The public is invited and encouraged to attend an upcoming meeting of a regional governmental body based in Madison County at which tax dollars may be spent.

Despite the flood in 2019 and the coronavirus in 2020, business is good at the tavern in Monowi, Nebraska's town with a population of one person. The tavern will celebrate its 50th year this year.

LINCOLN — To better reflect its mission to serve viewers and listeners across the network’s multiple media platforms, NET, Nebraska’s PBS and NPR stations, is changing its name to Nebraska Public Media and updating its website and mobile app.

A Norfolk man is in custody after allegedly crashing a stolen car into a field north of Norfolk before fleeing on foot.

Gas shortages at the pumps are spreading from the South to the Mid-Atlantic states, where Virginia and the District of Columbia have become some of the hardest-hit areas following a cyberattack that forced a shutdown of the nation’s largest gasoline pipeline.

Gas shortages at the pumps are spreading from the South to the Mid-Atlantic states, where Vi…

PROVIDENCE, R.I. (AP) — Investigators recovered more than 50 shell casings at the scene of a…

The unwitting are the target of COVID-19 falsehoods online

Dr. Michelle Rockwell lost a pregnancy in December and shared her heartache with her 30,000 …

UK jubilant as lockdown restrictions to be lifted next week

LONDON (AP) — When London’s Science Museum reopens next week, it will have some new artifact…