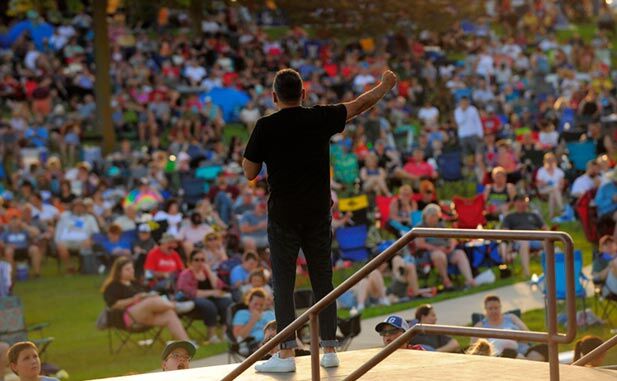 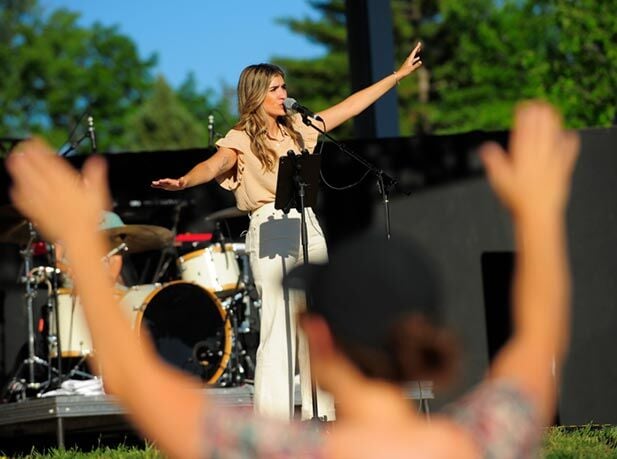 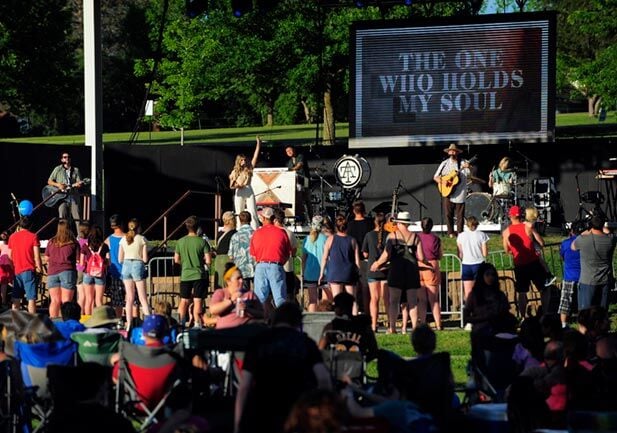 Saturday’s Christian Cross Festival may very well have been the most-attended in the event’s 18-year history.

A 40-minute message from minister David Nasser followed, who spoke on his escape from persecution in Iran as a child, converting from Islam to Christianity as a young adult, and the word of Christ.

A brief speech from the festival’s emcee, Dallas McKellips, touched on the religious purpose embodied by the festival and its relevance to the present, conveying a message of unity through Christian faith.

“We’re in a battle for the truth … people don’t know who they are anymore,” McKellips said. “We need to live our lives and realize that our lives are a testimony to who God is, and how much he loves everyone around us. It doesn’t matter what color your skin is, it doesn’t matter how much money you have in the bank. It doesn’t matter if you came from Iran because you had to flee persecution; none of that matters. What matters is that you are alive.”

Afterward came the event’s headliner, folk-soul-pop musician Jordan Feliz. Clad in all white with a crisp white hat to match, Feliz stole the show with an electric performance that combined dancing, singing and periodically hyping up the crowd as the speakers boomed thunderously across the Skyview Lake venue.

Thousands of festivalgoers raised their hands skyward, some holding up phone flashlights to return the dazzling white light shining down from the stage.

One of the festivalgoers, Mike, has been attending the festival since its rise to prominence in the early 2000s. Although he’s grown accustomed to the level of quality the festival musical acts provided, he was taken aback by the sheer volume of people in attendance this year, something he attributed to the festival growing to accommodate a broader age range.

“This is the biggest crowd that I can remember,” he said. “They added stuff for the kids, and they always get good bands.”

After a climactic finish to the performance and Feliz’s departure, the crowd’s attention was turned to the lake as the night’s final attraction, a 15-minute-long fireworks show, commenced. A dazzling rainbow of pyrotechnics reflected across the crystalline Skyview water, lending credence to the lake’s name as the night drew to a close.

ARLINGTON, Ore. (AP) — Driving down a windy canyon road in northern Oregon rangeland, Jordan Maley and April Aamodt are on the look out for Mormon crickets, giant insects that can ravage crops.

BERLIN (AP) — A 101-year-old man was convicted in Germany of more than 3,500 counts of accessory to murder on Tuesday for serving at the Nazis’ Sachsenhausen concentration camp during World War II.

WASHINGTON (AP) — In a blow to the fight against climate change, the Supreme Court on Thursday limited how the nation’s main anti-air pollution law can be used to reduce carbon dioxide emissions from power plants.

Nurse aide class to be offered at Northeast in O’Neill

O’NEILL — A three-credit course at Northeast Community College in O’Neill will teach basic skills needed to provide safe, effective and caring services to the elderly or chronically ill patients of any age in a long-term care facility.

Local physicians refer to summer as trauma season. When an emergency occurs, it’s the blood on the shelf that helps patients in need. Donate blood with LifeServe to help your hospital and your neighbors.

MENDON, Mo. (AP) — An Amtrak passenger train traveling from Los Angeles to Chicago struck a dump truck Monday in a remote area of Missouri, killing three people and injuring dozens more as rail cars tumbled off the tracks and landed on their sides, officials said.

Northeast and its extended campuses to close for holiday; fall registration continues

Library to be closed; NNEDD annual meeting scheduled; Library meeting to be held.

WASHINGTON (AP) — More than 500 days into his presidency, Joe Biden's hope for saving the Ea…

It has not been an easy week for Russian President Vladimir Putin.