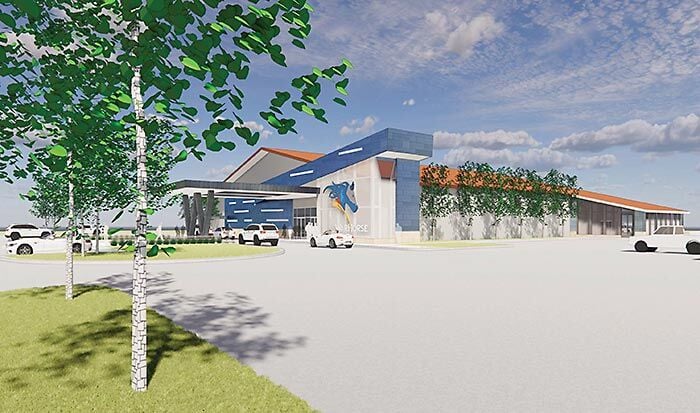 THE EXTERIOR of WarHorse Gaming's planned Norfolk casino and racetrack is shown in the above conceptual image. 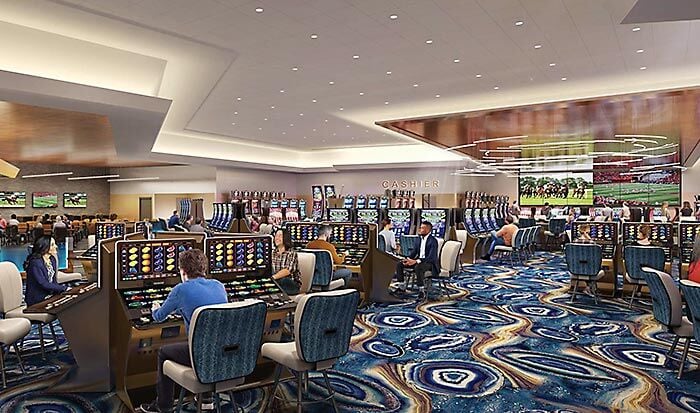 THE ABOVE conceptual image shows the interior of WarHorse Gaming's planned Norfolk casino. 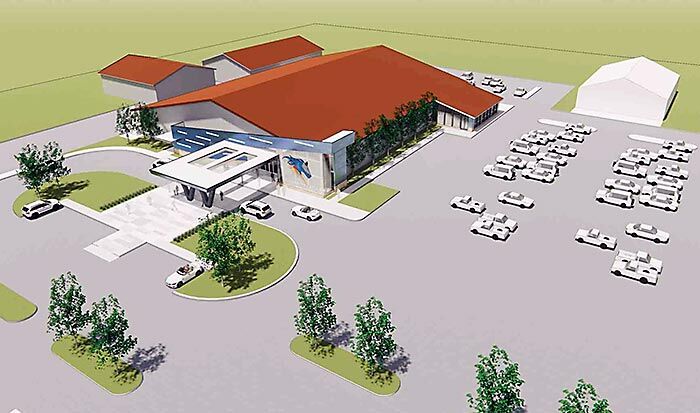 A CONCEPTUAL image of WarHorse Gaming's proposed Norfolk casino and racetrack is shown from above.

THE EXTERIOR of WarHorse Gaming's planned Norfolk casino and racetrack is shown in the above conceptual image.

THE ABOVE conceptual image shows the interior of WarHorse Gaming's planned Norfolk casino.

A CONCEPTUAL image of WarHorse Gaming's proposed Norfolk casino and racetrack is shown from above.

After much speculation, WarHorse Gaming, LLC, said it intends to construct a five-furlong horse racing track and eventual gaming facility at the DeVent Center in Norfolk.

WarHorse is a division of Ho-Chunk, Inc., which owns a lot along Highway 275 next to Divots. The land is also in a proposed redevelopment area.

“Norfolk has a long track record of supporting horse racing but isn’t served with a track in the community. We hope to bring the excitement, entertainment, and significant economic development that will come with fully developing the site,” said Ho-Chunk CEO Lance Morgan in a Thursday afternoon press release.

For those unfamiliar, eight furloughs equals a mile. That means this track will be 5/8 of a mile.

On Friday, WarHorse Gaming representatives will appear before the Nebraska Racing and Gaming Commission to officially apply for a racing license ahead of breaking ground on construction of the new track and revamping of the current structures.

WarHorse Norfolk is anticipated to contribute roughly $2.1 million in annual tax revenue to Norfolk and Madison County and employ roughly 250 individuals. With plans for nearly 500 gaming positions and a sports book, the state’s property tax relief fund could see an increase of as much as $8.4 million annually from the future Norfolk casino, according to the release.

“The community development benefits are clear,” said Josh Moenning, mayor of Norfolk. “The project attracts new investment from a Northeast Nebraska-based business, is part of the solution to reducing property taxes, increases tourism and spurs new economic activity, and adds to the growing mix of entertainment and recreation venues that are making Norfolk a vibrant and dynamic place to live and visit. Beyond that, it allows local racing enthusiasts to stay closer to home to enjoy the sport, keeps money in the local economy, and represents one of the single largest business investments in Norfolk in recent years.”

“So it is incumbent upon us to build a top-notch facility that complements horse racing, while at the same time providing guests a next-level experience,” he said.

If the proposed redevelopment area is approved, WarHorse Gaming would be able to apply for tax increment financing to help pay back the costs of the project.

Donna Herrick, CEO and president of Divots, said she is excited to welcome WarHorse Gaming to Norfolk.

“We are excited they will be converting our DeVent Center into a new level of entertainment experience for the Norfolk community. This will be a tremendous complement to the recreation and hospitality features available at the Norfolk Lodge,” she said. “WarHorse has been wonderful to work with, and we look forward to a long relationship with our new neighbor.”

In addition to the proposed Norfolk facility, WarHorse Gaming, LLC will be responsible for casino management and gaming operations at South Sioux City, Lincoln Race Course and Horsemen’s Park in Omaha. The Omaha and Lincoln properties are a partnership with the Nebraska Horsemen’s Benevolent and Protective Association, who are the owners of the horseracing tracks at those locations.

Though still in the planning stages, WarHorse Gaming anticipates construction on the track and facility could begin later this year, with full operations beginning in the spring of 2022.

Sioux City man to be extradited

An Iowa man wanted on a warrant was captured Friday night following a traffic stop.

His Excellency Edward Sawerengera, Malawi’s ambassador to the U.S. and Canada, spent his last visit before retiring to acknowledge the successes of a Norfolk school partnership.

Help being sought for wind storms this month

LINCOLN – On Friday, Gov. Pete Ricketts issued a disaster declaration in response to the severe windstorms that struck Nebraska on July 9-10.

HUMPHREY — A $2.95 million bond issue for a new swimming pool will go to the voters in November.

TILDEN — From street dances to a ping-pong ball drop, Prairie Days offers a range of activities for all ages.

UPDATED: Motorcyclist transported for injuries after accident with van

A Norfolk man was hospitalized Friday morning and later transported via helicopter after a van struck his motorcycle in western Norfolk near Faith Regional Health Services.

China blasts dam to divert floods that killed at least 25

Cocaine disguised as cake seized from vehicle in Maine