One of the most highly-anticipated movies of the summer blockbuster season is finally hitting theaters on Friday, July 20. “The Dark Knight Rises” marks the end of director Christopher Nolan’s epic Batman trilogy. It’s hard to believe that Nolan, who is known for dazzling audiences with jaw-dropping effects and daring shots, is colorblind. That’s right. The man responsible for films like “Inception,” “The Prestige” and “Memento” is red and green colorblind. With that in mind, here are five other famous people who also are colorblind:

First, I just want to say to the gentlemen out there . . . Hardly anyone can pull off a soul patch. If you’re thinking about trying one, maybe you should think again. The only reason Mandel still sports his is because it’s his trademark. Well, that and his clean-shaven head.

Thanks to NBC’s “Deal or No Deal,” Mandel’s popularity level surged in the mid-2000s. Mandel is currently working on the reality television series “Mobbed.”

His name is Robert Paulson.

OK, no it’s not. It’s actually Marvin Lee Aday. But thanks to his career in music and film, he is best known as Meat Loaf.

Speaking of film, I hope you understood the Robert Paulson line you just read. It’s a reference to his role in “Fight Club.” If you’ve never seen it, shame on you.

For those of you who prefer Meat Loaf the singer, take this opportunity to thank him for “Paradise by the Dashboard Light.” Or, you can go ahead and think about those guilty pleasures that are probably on one of your many playlists. Specifically, “Two Out of Three Ain’t Bad” and “I’d Do Anything for Love (But I Won’t Do That).”

How can you not envy this guy?

The movie icon won an Oscar for “The Color of Money,” was the title character in “Cool Hand Luke” and starred in “The Sting.”

His name speaks for itself, and even though he passed away in 2008, his legacy lives on. 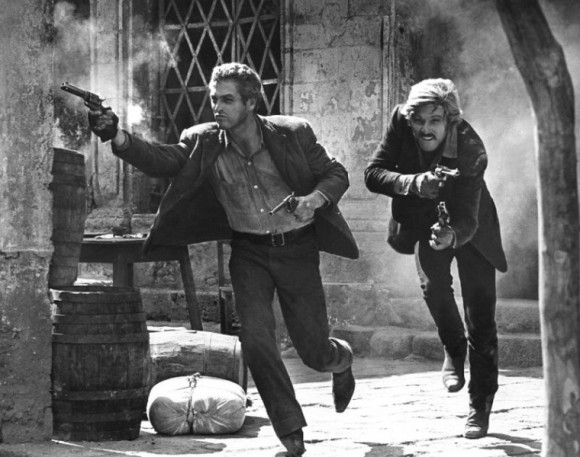 Where in the world is Matt Lauer?

You can normally find him co-hosting the “Today” show on NBC. You also can see him on re-run episodes of programs like “30 Rock,” the “Late Show with David Letterman” or “Will & Grace.”

When Clinton was elected president of the United States, he became the 42nd man to do so. He also stands as the first baby boomer president, as he served from 1993-2001.

According to a Judy Kurtz article on http://washingtonscene.thehill.com, both Clinton and Bob Dole required special arrangements for the 1996 presidential debates. The story states:

“The Encyclopedia of Genetic Disorders and Birth Defects writes that during the 1996 presidential debates both then-President Bill Clinton and former Sen. Bob Dole (R-Kan.) needed special lights to know when they were appearing on camera: ‘ “Both [Clinton and Dole] have inherited red/green color vision confusion and would have had difficulty with signals based on individual colored lights, so a system using three lights was used.’ ”

Game review: ‘The Legend of Zelda: A Link Between Worlds’

5 celebs who started on Broadway

"The Hobbit: The Desolation of Smaug” will be released in movie theaters on Friday, Dec. 13. The Peter Jackson-directed project is the second installment in “The Hobbit” film trilogy. Among the feature’s stars are Martin Freeman, Ian McKellen, Cate Blanchett, Benedict Cumberbatch and Orlando…

It’s time to silence the skeptics.

“Super Mario 3D World” once again shows Nintendo knows how to hit the sweet spot of nostalgia and innovation.

As the 8th installment in the “Dynasty Warriors” series — not including numerous spin-offs — it’s not surprising that “Dynasty Warriors 8” (DW8) is more than a little similar to previous titles.

“The Wolverine” will claw its way into movie theaters on Friday, July 26. Hugh Jackman will once again reprise his role as Logan/Wolverine in this action fantasy film directed by James Mangold. As of now, Mangold, who also works as a screenplay writer, has 12 directing projects to his name. …

Are you ready to rock?

Even with the usual sparse list of new features, “NCAA Football 14” still brings all the high quality college football action you could want.

Ready to buy a home? The trick is finding or affording one